The Most Dangerous Insects To Avoid And Keep Away From 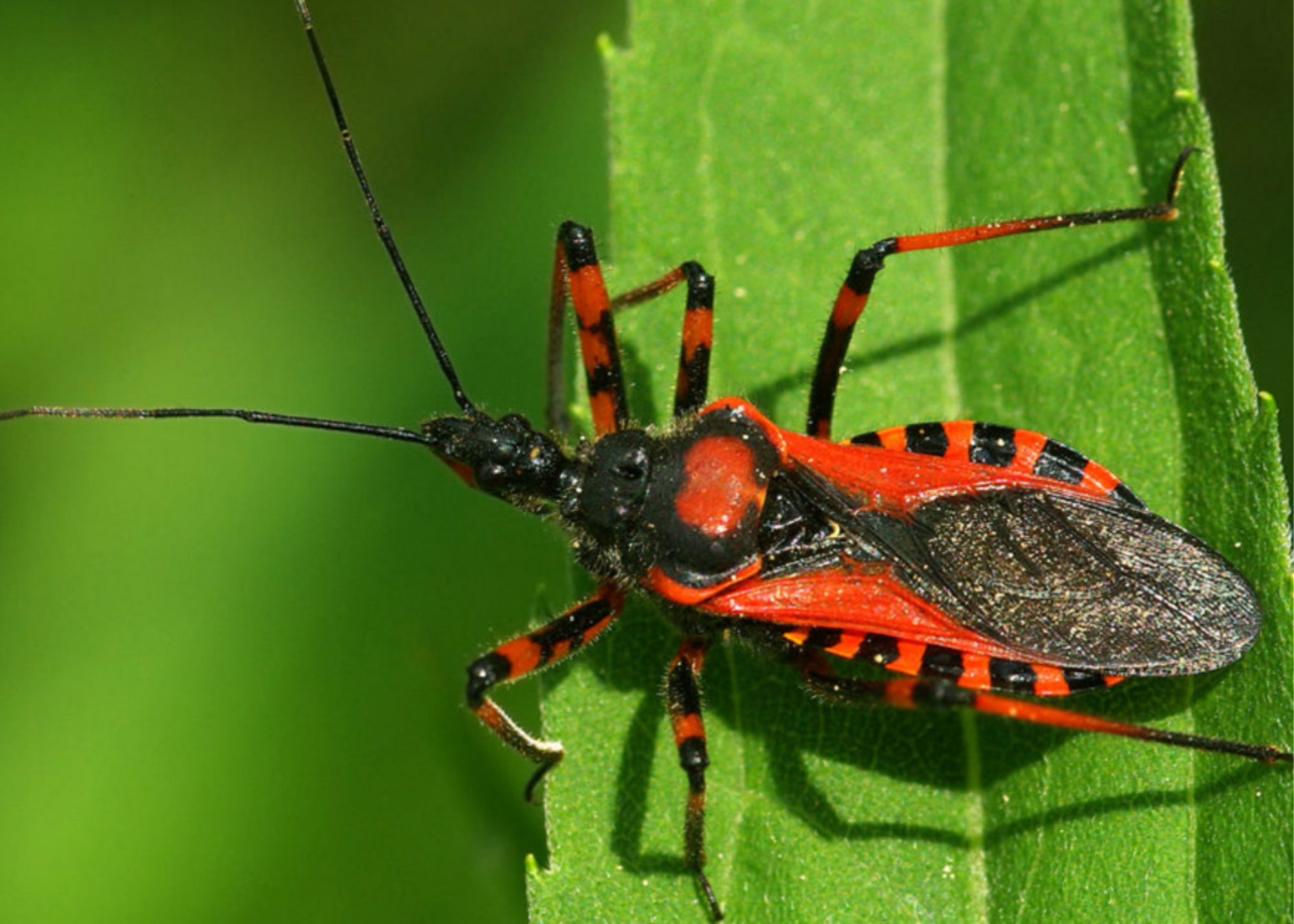 When ranking the world's deadliest animals, size doesn't matter. Insects like mosquitoes and bees may not look as threatening as lions and sharks, but they can kill in a single bite if not treated urgently. Your life matters to us. That's why this article will tackle the most dangerous insects to avoid.

Most of them live on land, but some live in freshwater environments and others in saltwater oceans. You can find insects anywhere on land, whether they are high up in a tree's canopy, deep in the ground, flying around at all hours, or crawling along the ground.

The incredible fertility and reproductive power of insects has typically resulted in the abundance of individuals found in nature. According to recent statistics, there are more than 200 million insects on Earth for every single person! According to a recent New York Times article, there are 300 pounds of insects for every pound of humans on earth.

Dangerous Insects In The World 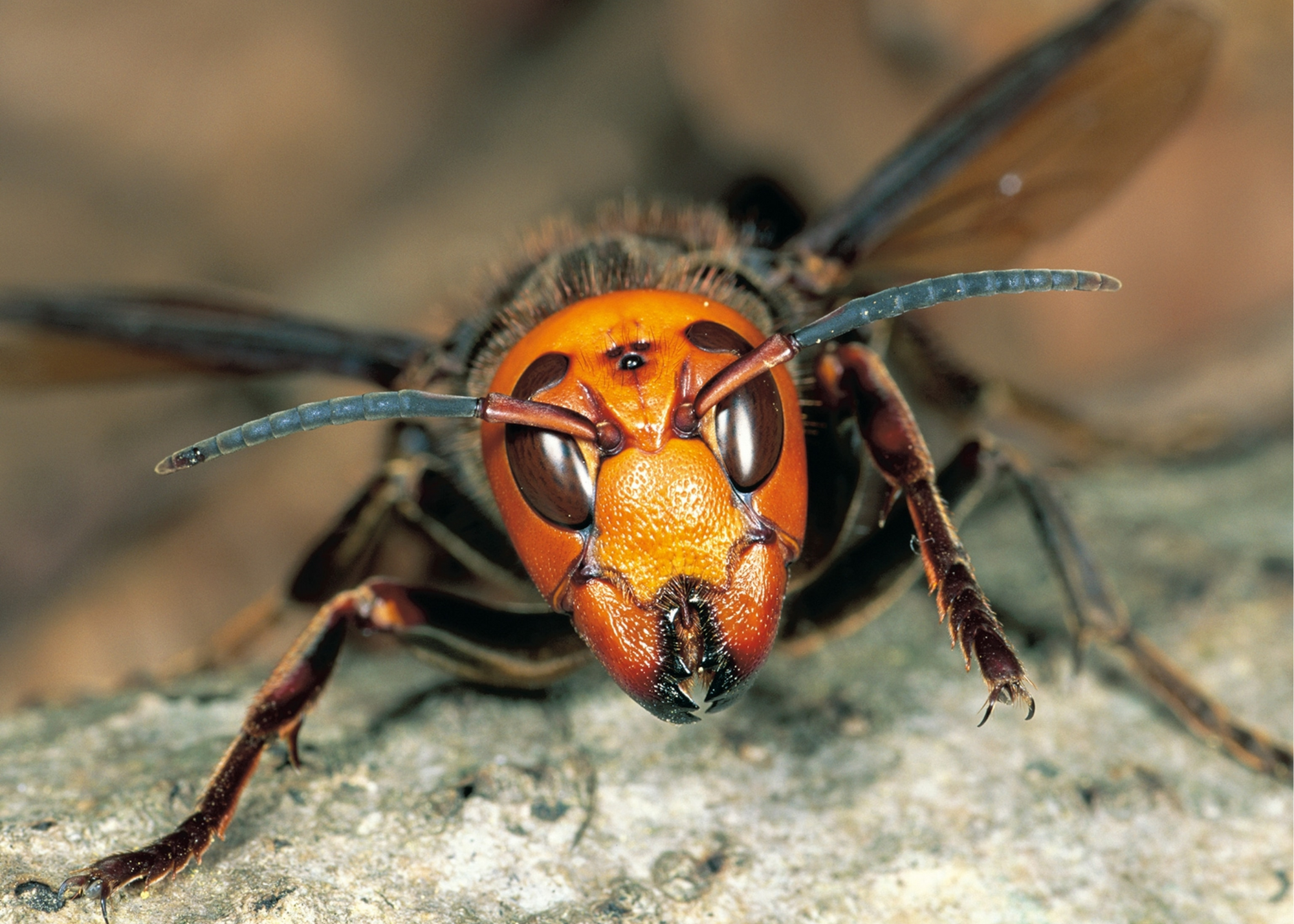 These hornets, which are indigenous to Eastern Asia, can reach a maximum length of 2 inches and have stingers that are 1/4 inch long. The hornet's appearance has the broad, wispy wings of a small dragonfly and a cartoonishly fierce face with teardrop eyes like Spider-Man. One sting could kill a person who has an allergy, and enough of it could kill a person who doesn't.

Their venom is renowned for being particularly potent. A histamine found in hornet venom can cause people to experience life-threatening allergic reactions.

The species is known as the "murder hornet" in Japan, according to Jun-ichi Takahashi, a researcher at Kyoto Sangyo University. They can also be attracted in groups and can expose victims to toxic venom, as those venomous snakes have. You shouldn't mess around with these insects.

Just a handful of the roughly 1,500 known species of scorpion are poisonous. Up to 40% of sting victims worldwide are likely to die as a result.

This scorpion is a serious issue in areas like India, Sri Lanka, and Nepal where it is commonly found in close proximity to human settlements and where barefoot children frequently play. Scorpions are nocturnal arachnids that are quiet but dangerous.

The India red is only about 3 inches long, but its venom is so strong that being bitten can cause severe pain, nausea, vomiting, sweating, shortness of breath, and fluctuating highs and lows in blood pressure and heart rate. Pulmonary edema, which the venom attacks, is a likely cause of death.

While antivenom has limited effectiveness, the blood pressure medication Parazosin has been shown to reduce fatalities from the bite to below 4%. Nevertheless, the Indian red is a popular pet in India. Since most scorpions light up under a black light, this could be the reason.

Meanwhile, the scorpion is not always red, despite its common name. The color can be any shade between reddish brown and orange or brown. Even though it doesn't go out of its way to eat people, the Indian red scorpion will sting if it feels threatened. 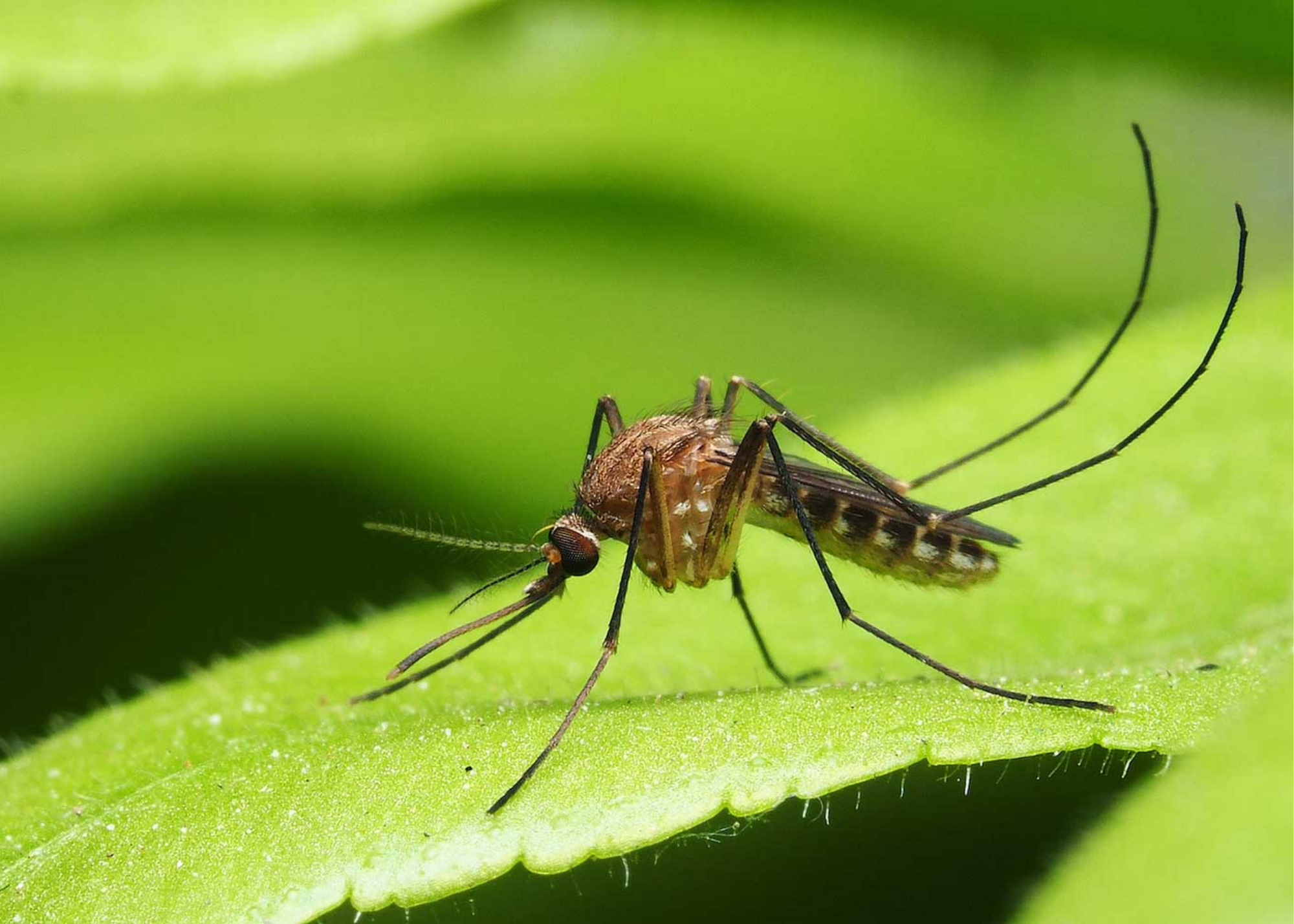 Mosquitoes are common flying bugs that can be found in most places on Earth. There are more than 3,500 different kinds of mosquitoes in the world. You should know that not all mosquitoes bite people or animals.

The most common reactions to a mosquito bite are itching and swelling. But don't underestimate these mosquitoes. It only takes a few infected mosquitoes to start an outbreak in a community, which can make you and your family sick.

This tiny pest is the cause of a lot of pain and death. Mosquitoes live everywhere in the United States, even in Alaska, so you can't get away from them. There are places in the U.S. where mosquitoes thrive, but the truth is that mosquitoes can breed anywhere there is warm, still water.

Make sure your yard doesn't make them want to come in. Change the water in pet bowls every day, fix hoses that leak, change the water in bird baths often, and get rid of any other sources of standing water. Mosquitoes can breed in something as simple as a damp potato chip bag that has been thrown away. 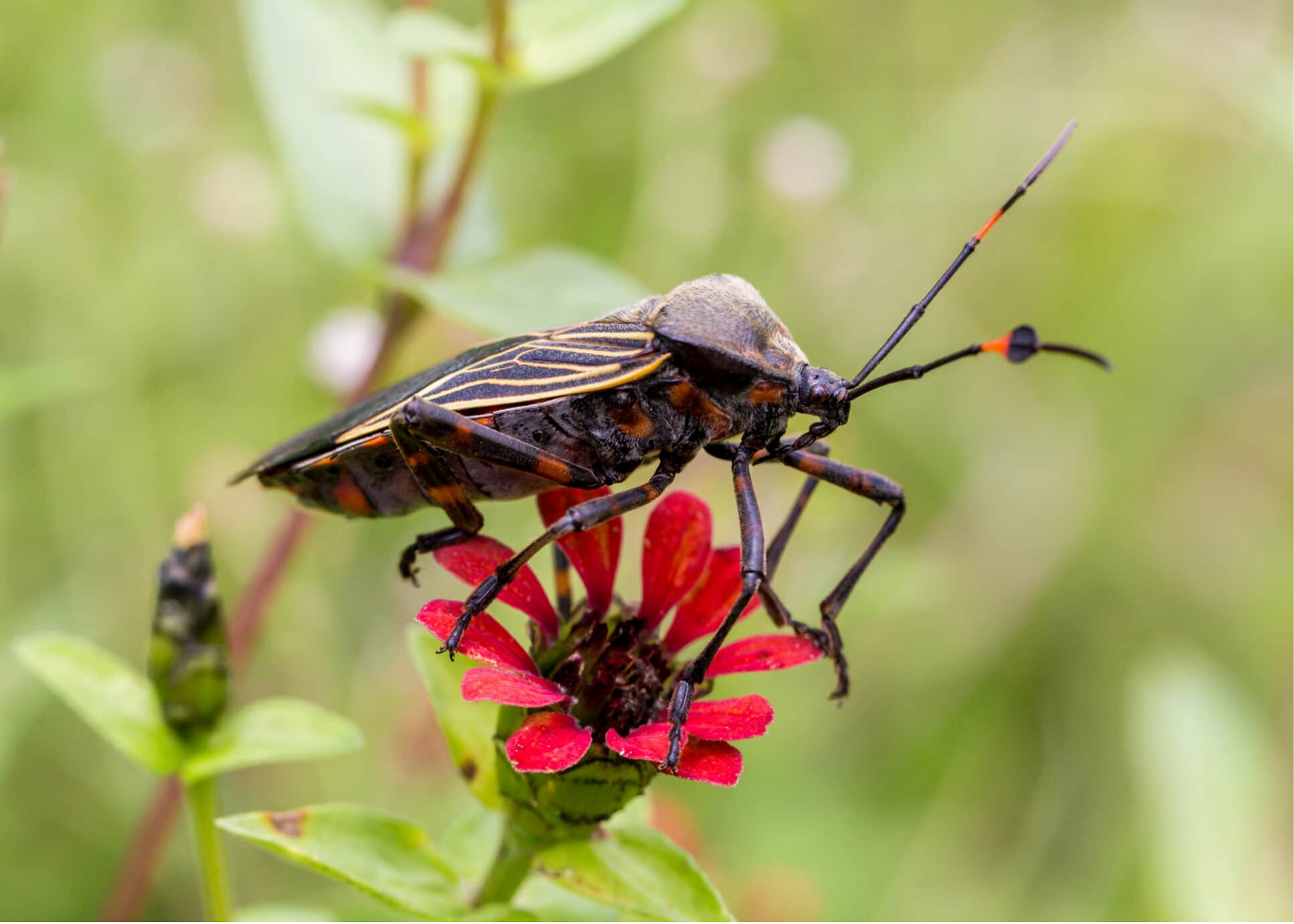 Wow, a bug that actually kisses? That's the kissing bug, and it's adorable. However, don't be fooled by the name. That's not a kiss, by the way. However, you risk being bitten, most likely while you sleep.

Triatomine bugs, which are also called "kissing bugs," "cone-nosed bugs," and "blood suckers," can live inside, in the cracks and holes of poor housing, or in a number of places outside. This includes rocks, wood, piles of brush, under bark, rodent nests, animal burrows, and many other places.

Most of the time, they live in the southern U.S., Mexico, Central America, and South America. The vast majority of bites do not cause serious complications. Sometimes, though, they can cause allergic reactions or even spread diseases.

Even in extremely rare cases, they have been linked to cardiovascular disease and sudden death. Chagas disease is transmitted primarily by kissing bugs. In the U.S., it is very rare for people to get Chagas disease from a kissing bug. But the number of cases is growing in the southern United States. 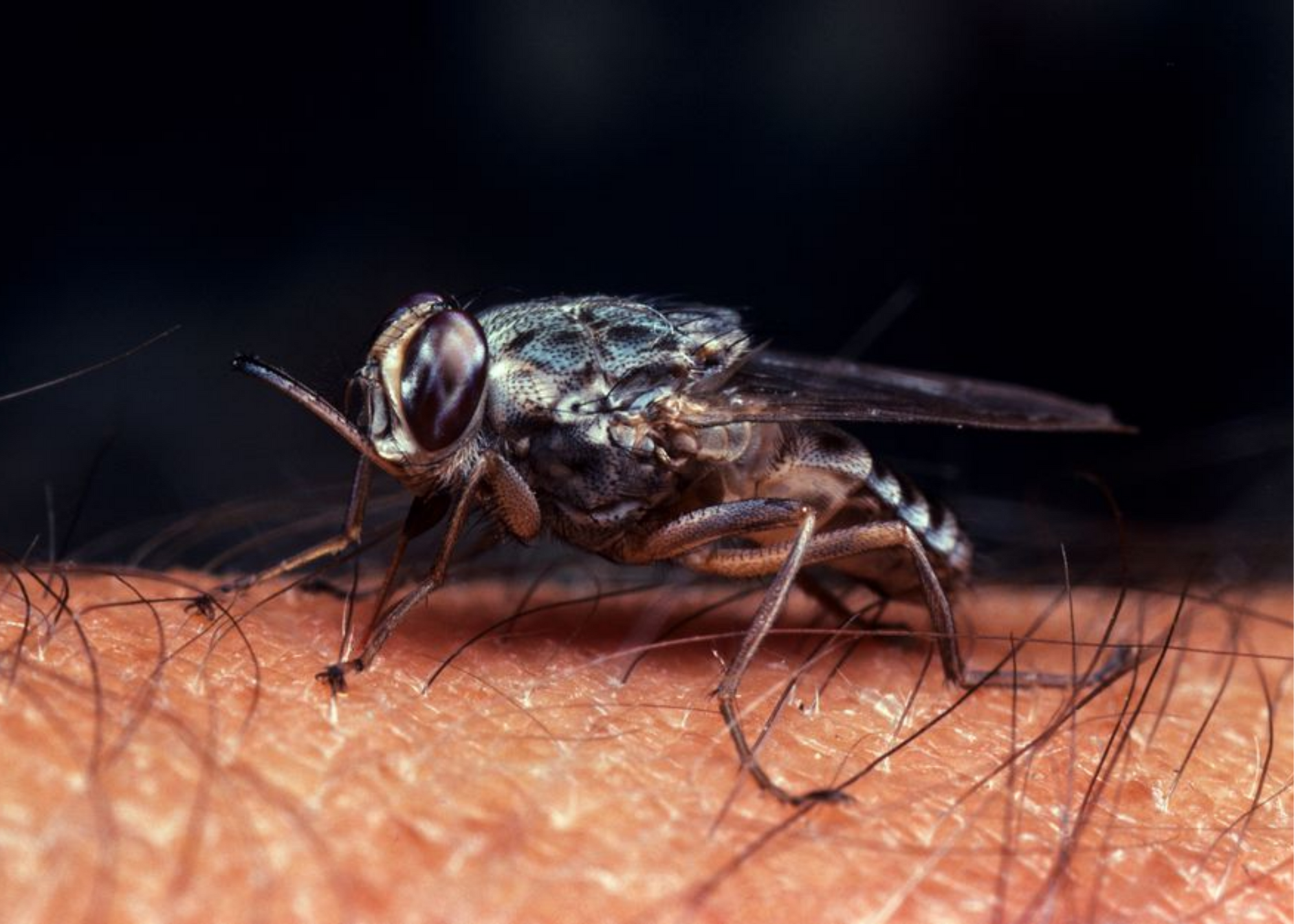 These big, biting flies live in tropical Africa. They spread the parasitic infection that causes African sleeping sickness, a disease that kills everyone who gets it and is notoriously hard to treat. There are drugs, but they have to be given very carefully and there is always a chance that the parasites will become resistant to them.

If an infected tsetse fly bites you, you'll probably get confused, lose your balance, feel numb, have trouble sleeping, and then you'll probably die. Because the disease is so deadly, recent efforts to stop it have focused on getting rid of the bugs that spread it.

This has led to a huge drop in the number of cases. Some estimates say that African sleeping sickness killed as many as 500,000 people every year in the past. It is thought that 3,500 people died in 2015.

You can imagine the pain of a sting if you've ever been stung by a bee, wasp, hornet, or any other stinging insect. Perhaps you're curious about the level of pain caused by an insect sting. These insect stings contain components that can cause death, so beware!

It has been said that getting stung by a paper wasp is like having acid spilled on your skin. Additionally, a paper wasp sting can leave you with a sour taste in your mouth. A mild allergic reaction to a paper wasp sting may be alleviated by taking an oral antihistamine. Seek immediate medical attention if your allergy symptoms worsen.

Small amounts of the red harvester ant's potent venom are injected under the skin. The pain caused by this venom is comparable to having a hole bored through the upper layers of your epidermis at the site of the bite.

The adult tarantula can be paralyzed by the tarantula hawk's stinger, which measures an enormous 7 millimeters in length and is filled with venom. Although its sting won't paralyze a human, it is the second most painful of any insect in the world. Their dark bodies stand in stark contrast to their bright and beautiful wings.

Commonly known as "bullet ants," their stings feel like a bullet has pierced the skin, hence the name. This excruciating discomfort could last for up to a day. Stings hurt and cause your skin to burn and throb.

10 Most Dangerous Insects You Must Run Away From

As a rule, bug bites and stings aren't life-threatening and will heal on their own within a day or two. However, they can occasionally become infected, trigger anaphylactic reactions in people with allergies, and spread diseases like Lyme disease and malaria. Wasps, hornets, bees, horseflies, ticks, mosquitoes, fleas, bedbugs, spiders, and midges are all examples of insects that can cause unpleasant bites or stings.

How To Respond After Being Bitten Or Stung

Sometimes the pain, swelling, and itching can last for a few days. Ask your pharmacist about painkillers, itching creams, and antihistamines that might help. To relieve the symptoms of an insect bite or sting, follow the following suggestions made by the United Kingdom's National Health Service (NHS):

What Is The Number 1 Dangerous Insect?

Why Are Kissing Bugs Dangerous?

The parasite that causes Chagas disease is carried by kissing bugs. This disease can cause serious heart and stomach problems. Most of the time, transmission happens when someone rubs poop into a bite wound or a mucous membrane like the eye or mouth.

Although the kissing bug has a cute name, it has a nasty bite. It has a cute nickname and appears to be a harmless little insect, but the so-called "kissing bug" can transmit a disease to both you and your dog that can be fatal.

"Prevention is better than cure" is a phrase that many of us have heard. So, pay attention to these simple steps you can take to lower your chances of getting bit or stung by an insect. When you go outside, wear long sleeves, pants, and shoes to cover any bare skin.

Also, you should avoid using soaps, shampoos, and deodorants that have strong scents because they can attract insects. Be careful around flowering plants, trash, compost, still water, and places where food is served outside.