Check Out The Most Detailed Picture Of The Sun Ever Taken 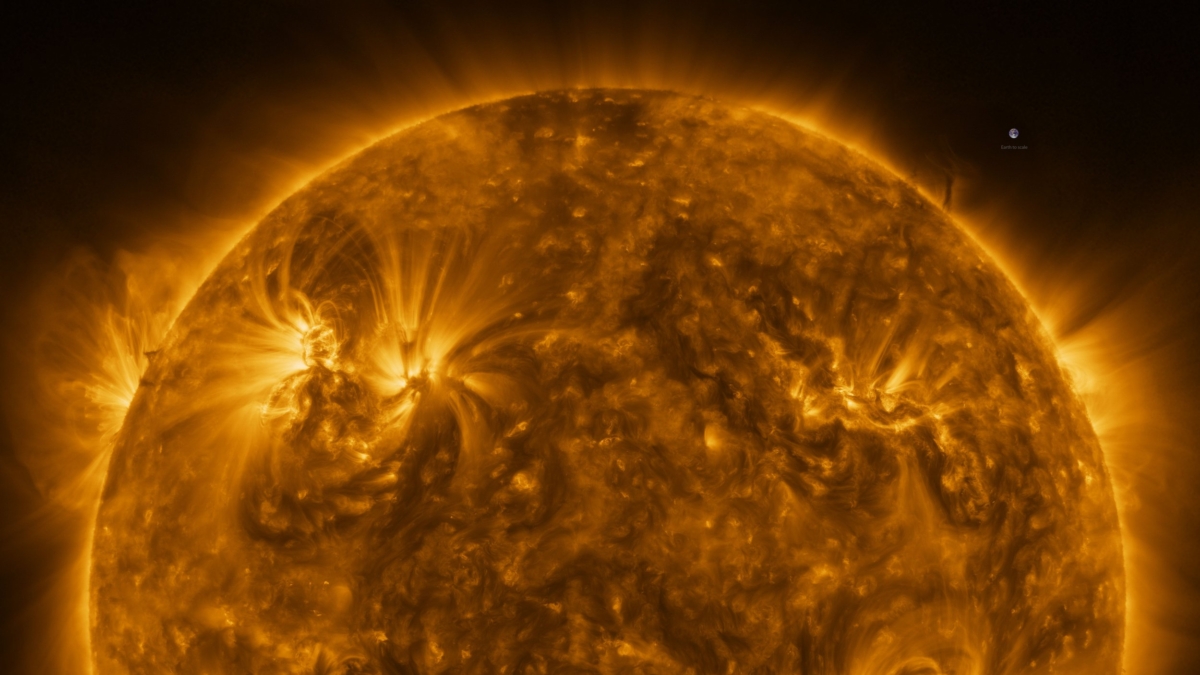 The most detailed picture of the sun of the bright orange ball initially appears to be an up-close photograph of some minuscule structure such as a cell or virus, as depicted in scientific textbooks. Upon closer study, churning swirls, blazing streaks, gnarls, spots, and filaments can be seen dancing energetically on the surface of the rock.

The captivating shot, named "Fire and Fusion," is actually a remarkably crisp portrait of the Earth's sun, taken from astrophotographer Andrew McCarthy's backyard in Arizona on November 29th, 2021 at 2 pm, exactly as it appeared at that time.

In order to capture the fine characteristics of our nearest star, McCarthy, who describes himself as "just a normal guy with a telescope," combined over 150,000 most detailed images of the sun together in Photoshop. McCarthy caught a close-up of the solar surface in this image.

As McCarthy explained, “Ordinarily, pointing a telescope at the sun is an incredibly bad idea, leading to equipment damage or even blindness,” McCarthy told. “However, by modifying my telescope to purge the heat created by the sun while allowing a very small sliver of the visible light spectrum through, I can resolve details on the solar chromosphere, a feat otherwise impossible.”

“By taking thousands of pictures ultra-magnified of the surface, I can also eliminate the distortion effects from the atmosphere,” he added. 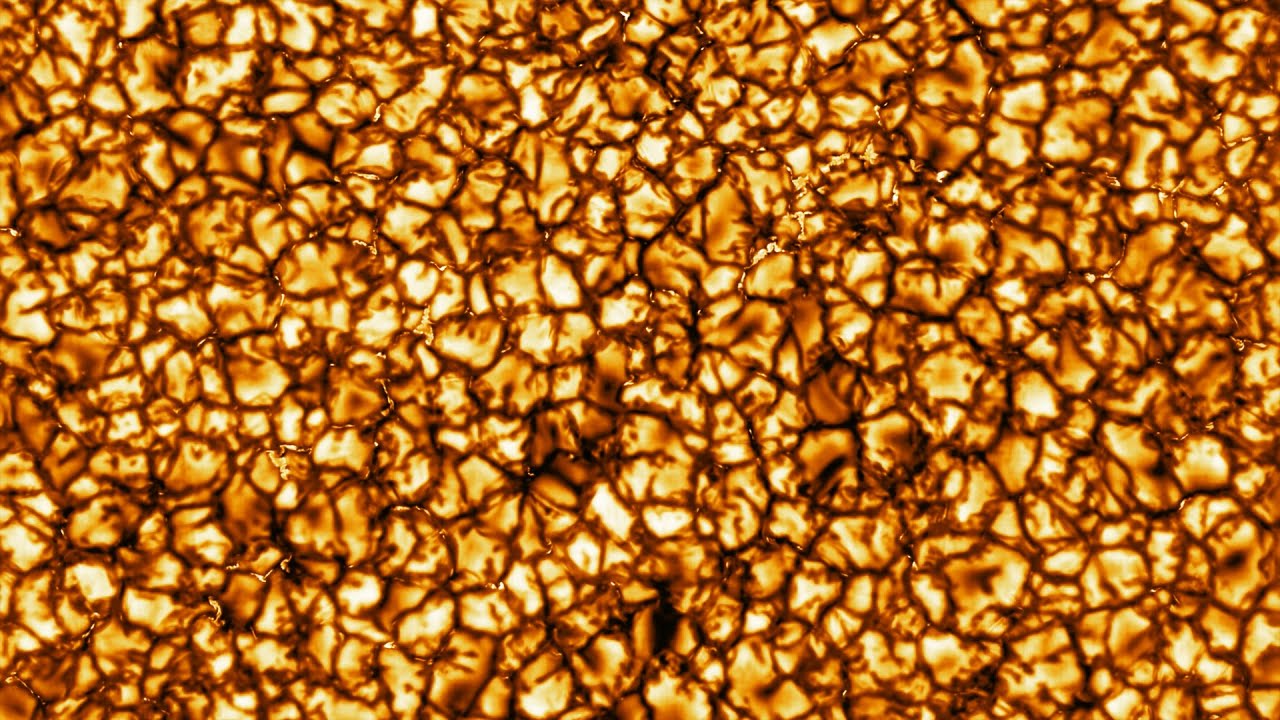 “You can see sunspots and active regions on the sun, those are areas where the electromagnetic field of the sun is excited and doing really interesting things like forming knots on the surface,” McCarthy said in an interview with NPR today.“

Sometimes we take the beautiful things in our life for granted. We all see the sun every single day, you walk outside your house, it’s right there,” he continued. “But it’s incredibly beautiful and we’re incredibly lucky to have it. It really helps us understand our place in the universe, by looking at it.”

The National Science Foundation's Daniel K. Inouye Solar Telescope, located on the top of Haleakala in Hawaii, obtained the highest quality photographs of the sun ever captured. The images, which were captured at a wavelength of 789 nanometers, revealed the star in "amazing detail," with popcorn-like patterns of boiling plasma engulfing the solar surface visible in the images.

Using a powerful solar telescope in Hawaii, the first images and videos of the Sun have been captured. It is the greatest resolution view of this star that has been captured to date, revealing details on the Sun's surface as small as around 18 miles in size. Atop the Haleakala volcano on the Hawaiian island of Maui, lies the Daniel K. Inouye Solar Telescope, which was dedicated in 1989.

With a primary mirror that is 4 meters (approximately 13 feet) wide, this will be the largest solar telescope ever built, and it will be able to discern smaller details on the Sun than any other telescope in history. Scientists expect that by using the sophisticated sensors and great resolution of the telescope, they will be able to better grasp the mysteries surrounding our nearest star.

The grainy pattern visible in the telescope's "first light" image is a result of plasma cells forming on the Sun's surface, according to the researchers. In a process known as convection, hot plasma from deep within the Sun rises to the surface, cools, and then sinks back down, much like boiling water in a boiling pot does.

Hotter areas where the new plasma has just risen up from below seem bright in the photograph, but cooler areas where the cooler plasma has just sunk back down appear dark in the photograph. Approximately the size of the state of Texas may be seen in this initial photograph taken with the telescope. The swirling motions of hot plasma in our star's core are linked to some of the most intriguing questions still unsolved about our star.

Because plasma is electrically charged, its motions have the potential to generate electromagnetic fields. Magnetic fields on the Sun are responsible for much of its most active behavior, including solar storms, which may cause satellites and power networks on Earth to go down for a while. 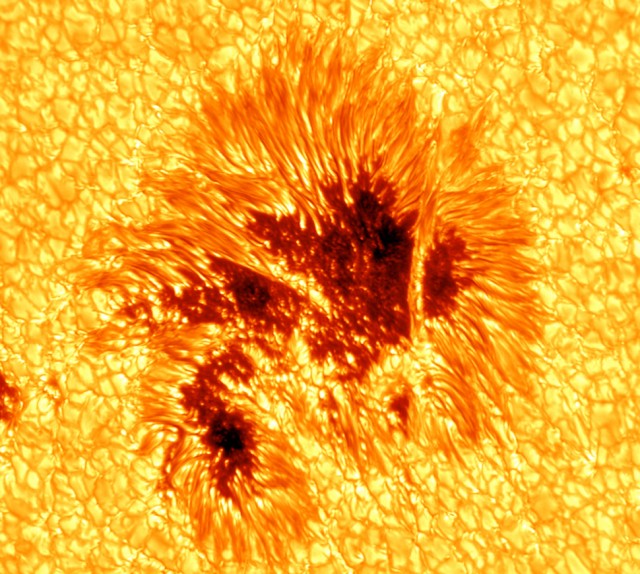 “Most solar storms originate in places on the Sun where there’s strong magnetism, strong concentrations of magnetic forces,” Rebecca Centano Elliott, a solar scientist at the National Center for Atmospheric Research explained.

Improved understanding and monitoring of the Sun's magnetic fields may enable researchers to make more accurate predictions about when potentially harmful solar storms will occur in the future.

Scientists will be able to test ideas about the Sun's workings that have previously been unable to be tested because earlier observations have been hampered by the telescope's ability to catch more minute features on its surface than ever before.

“This is a huge leap for our field, I think, in terms of observations,” says Centano Elliott.

During its current approach to the Sun, the European Solar Orbiter has returned with the most detailed picture of the sun yet captured of the brightest star in our solar system, the Sun. In the most recent image, which was created from a composite of 25 separate photographs taken on March 7, 2022, the sun is shown in incredible detail.

A high-resolution photograph of the Sun's whole disc and outer atmosphere, known as the corona, was acquired by the Extreme Ultraviolet Imager (EUI) onboard the European spacecraft, which was launched in 2007. Another image captured by the Spectral Imaging of the Coronal Environment (SPICE) instrument is the first of its sort to be captured in more than half a century.

The photographs were collected when the Solar Orbiter was approximately 75 million kilometers away from our planet, approximately halfway between our planet and its parent star.

The high-resolution telescope of the European Southern Observatory (EUI) captures photos with such fine spatial resolution that, at such short distances, a mosaic of 25 separate photographs is required to cover the full Sun. The final image, according to the agency, has more than 83 million pixels in a grid of 9148 x 9112 pixels, making it ten times more detailed than what a 4K TV screen can display, according to the agency.

"Even thinking about this makes my head hurt, the sizes and scales involved. I never tire of hearing about the wider universe but I always feel like I've peeled the inside of my head"

"There's some units used that won't be comprehended by a lot of people.

The Earth orbits at an average of 149.6 million km from the Sun, so take the distance of the Solar Orbiter to be halfway between the Sun and the Earth."

Is There An Actual Picture Of The Sun?

The spacecraft, which was launched on February 9, 2020 (Eastern Standard Time), completed its first near flyby of the Sun in mid-June. According to Holly Gilbert, NASA project scientist for the mission at NASA's Goddard Space Flight Center in Greenbelt, Maryland, “These unprecedented pictures of the Sun are the closest we have ever obtained.”