The Plans To The UK’s Answer To Disneyland Look Amazing

The UK’s answer to Disneyland is coming in four years apparently and the plans look absolutely amazing. I want to go there and I don’t even like theme parks.

Apparently it’s better, the old Towers, but I can’t see that. I need to make this abundantly clear that I think all theme parks are stupid, but if you’re the kind of person who likes them then Thorpe Park has everything you’d want… Doesn’t it? Maybe it doesn’t, but the UK’s answer to Disneyland must do.

The £3.5 billion sort-of London Resort is due to be completed in four years and is supposedly one of the “largest construction projects across Europe“, as it’s the biggest theme park to be built from scratch in Europe since Disneyland Paris in 1992… or Euro Itchy & Scratchy land.

The park will allegedly be 17 minutes from Central London – over in Kent – and having signed a deal with Paramount Studios, it will feature rides based on Paramount films and shows from the BBC and ITV.

If I were to guess what kind of films would be made into rides, I wouldn’t be entirely surprised to see the likes of Transformers, Paranormal Activity, Star Trek and Sonic the Hedgehog.

“When complete, it will be three times larger than any other park in the UK. 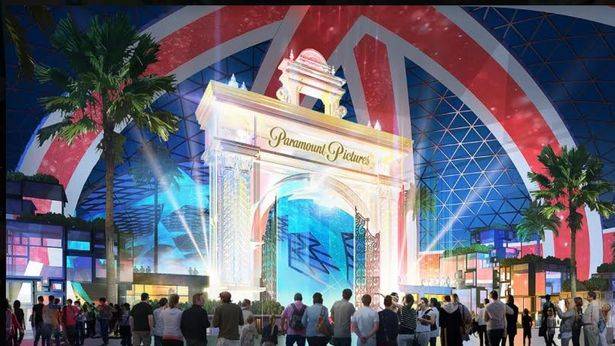 “Two theme parks and a resort water park will be set over 535 acres, the equivalent of 136 Wembley Stadiums. A bespoke entertainment district, including the provision of 3,500 hotel rooms, will be devoted to a full-suite of hospitality experiences. There will be something for every generation and food and drink for every taste.

“But it’s the rides and the experiences which will take The London Resort to another level. Brands from across literature, television, music, film and entertainment, are being hand-picked to create unique experiences never previously imagined“. 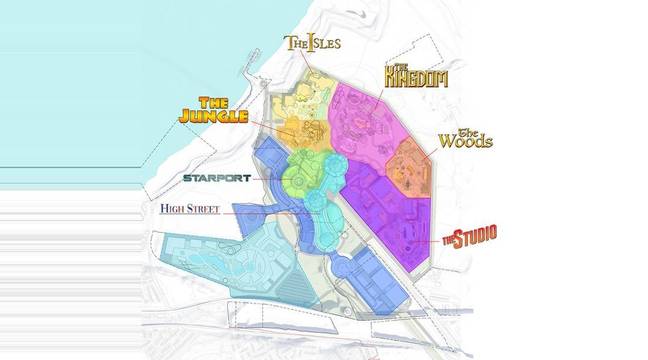 I imagine that this is one of the theme parks, while the other one will be decidedly TV and film-based.

Other than The Jungle and Starport, you’ve got to say that this does sound very English. What other country would call part of their multi-billion dollar theme park “The High Street”?

“This is a significant step in transforming an amazing and ambitious dream into reality. 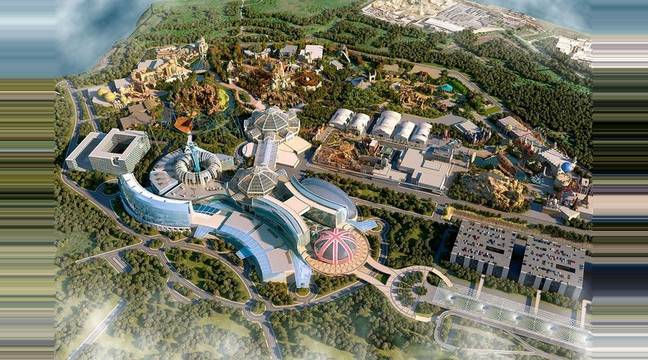 “We obviously can’t hold a public consultation in the normal way – but we will make sure we reach out to local residents and businesses as well as the wider community and stakeholders.

“We are talking to Government about how we will be using digital technology, websites, video conferences and online Question and Answer Sessions“.

Should be pretty cool, eh?

Images via The London Resort