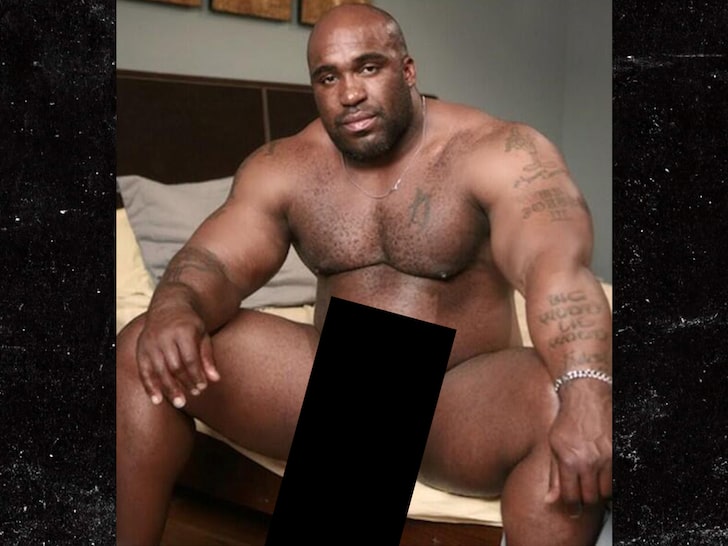 For those of you who haven't heard of the well-endowed mystery man who has inspired millions of memes and even T-shirts around the world since being the topic of prank SMS purporting to deliver breaking news links on the COVID-19 pandemic, here's how it works:

After tapping the link in the text or Whatsapp message, you're greeted by a beefy, naked African-American man with a big penis sat astride on a bed, giving the impression that you're reading a breaking news report on coronavirus. 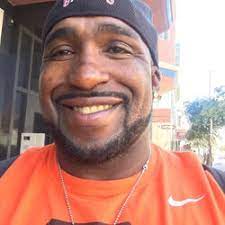 Since going into virality, Vice sought to find the man to talk to him about his sudden cult status during this time of crisis – only to discover he had died several years ago from a heart attack despite otherwise being as ‘healthy as a horse’.

Real name Wardy Joubert III but better known as ‘Wood’ – the nickname given to him as a kid playing baseball he was born on August 30, 1971, in San Francisco.

Vice were able to get in contact with Wardy’s former girlfriend, Heather Alegria who revealed more on the man behind the memes.

Heather revealed that she was all too familiar with the well-endowed photo and said it had been doing the meme rounds for years since appearing on sites such as 4chan and Reddit in 2012 just a year after Wardy’s death.

This had resulted in Wood becoming the unwitting star of thousands upon thousands of ‘bait-and-switch’ prank texts but those close to Wood hadn’t realised the image had made a resurgence once again in light of the coronavirus.

He started working in the industry by chance after spending much of his time hanging out at sex clubs and parties in San Francisco, where he was a ‘bull’, a dom who would have consensual sex with women in front of their partners – essentially cuckolding the men.

Heather said it was a shock as she described him as “healthy as a horse” and someone who shied away from drugs (although he had, at points, dabbled in steroids).

She explained that Wood’s heart had become enlarged and “blew up on him”.

Wardy’s family say that seeing the photos resurface has been “embarrassing” and both Wardy’s mother and Heather are particularly worried about his children being sent a prank text or the memes.

Wardy has two children and prior to his death enjoyed going to church and would regularly provide food for the homeless and evangelise on the street.

He also regularly sported a G-string and was a talented voice impersonator.

Of course, many of you who have shared or joked in the text prank may now feel a little ashamed but Heather says that he was “definitely proud of the photo” so that at least offers a little comfort.

At least even from beyond the grave Wood is still bringing a smile and a giggle to many of us who are trying to make some light of what is a very serious situation for each and every one of us.