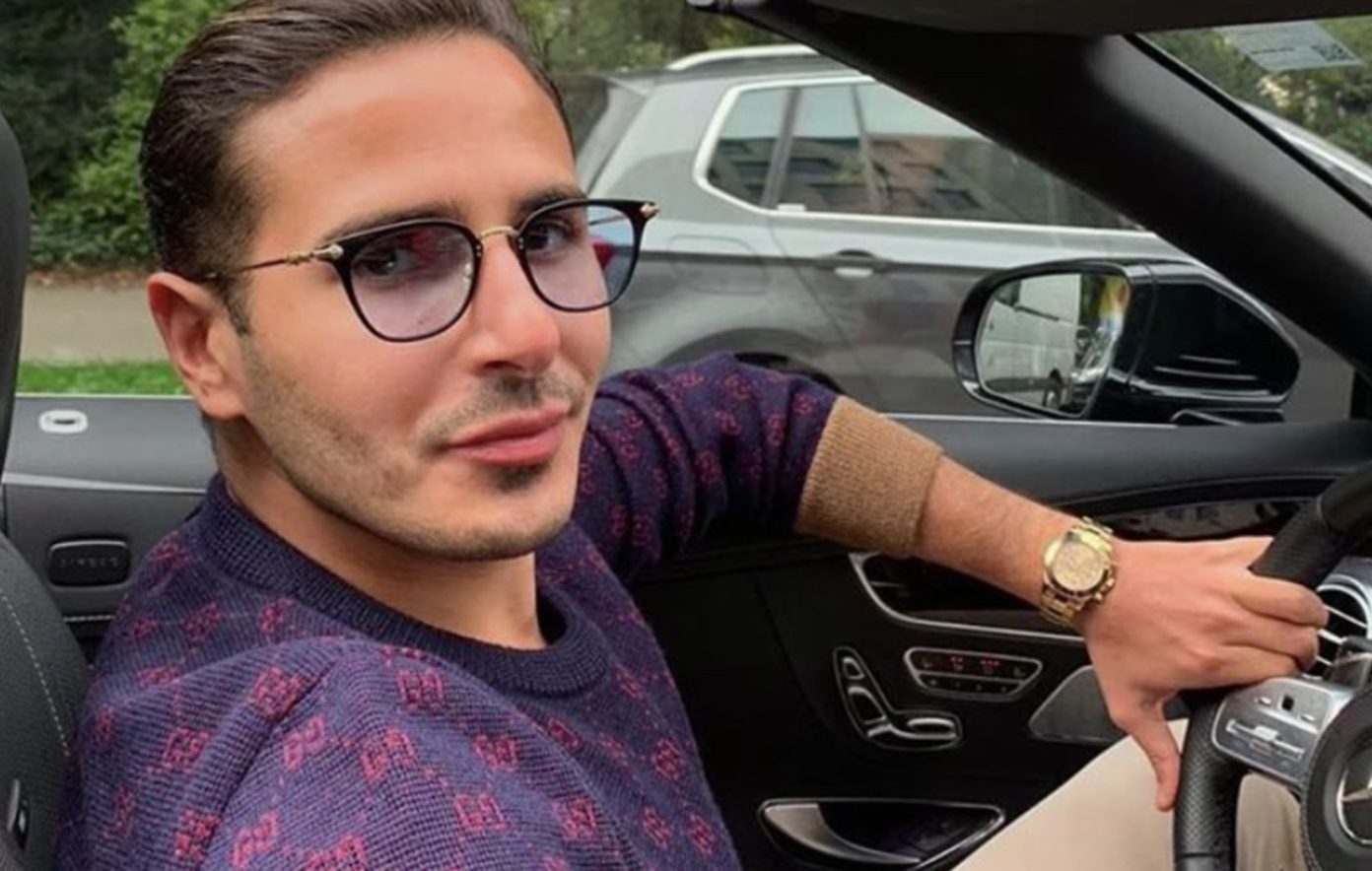 The popularity of internet dating is increasing all around the world like what The Tinder Swindler film is telling us. In this article, you will find out how something that appears to be harmless, such as a computer terminal in your own home, can be a threat to your safety and feelings.

Who Is The Tinder Swindler In Real Life

Known online as Simon Leviev, Shimon Hayut was nicknamed "The Tinder Swindler" by a Netflix documentary of the same name following allegations that he scammed a total of 10 million dollars from several women on the dating app Tinder. As Leviev, Hayut claimed to be the son of Israeli diamond mogul Lev Leviev, a claim that was proven to be false by DNA testing.

The Untold Story Of The Tinder Swindler

The Untold Story of The Tinder Swindler

In Israel, a convicted fraudster with the name of the Tinder Swindler has been living for years. He met a number of women on dating apps, then secured lines of credit and loans in their names, ultimately leaving them to foot the bill for his activities.

So how did he manage to get away with it again after having been convicted of fraud once before? Hayut looked to be confident with switching from one identity to another in order to keep his scam operating. In Finland, he was convicted of fraud under the name Simon Leviev. He went by the alias Simon Leviev, professing to be the son of diamond tycoon Lev Leviev. VG said that he had changed his name to David Sharon in order to escape being detained by the authorities after his identity was revealed.

On Tinder, Hayut would find a woman, take her on a luxurious first date like in Cecilie Schrder Fjellhy's instance where he use a private jet ride, and progressively establish their relationship while secretly dating other women. His accusers claim Hayut would confide in them that he was afraid about a nebulous gang of “enemies” approaching.

To add to the fear, he would share a photo of his bleeding bodyguard, reportedly damaged by his opponents. To avoid any security issues, he would urgently message each “girlfriend” to ask her to open a new credit card in his name. He was off to the races.

An estimated $10 million was stolen from people all across the world by this man using a fictitious name to entice and persuade them to lend him money. It was common for Hayut to put his victims on the defensive in order to avoid having to pay back the money he had borrowed: WhatsApp voice messages sent by him were becoming increasingly outlandish.

Three of Shimon's victims get together to tell their stories in the film The Tinder Swindler. Cecilie Fjellhoy, Pernilla Sjoholm, and Ayleen Charlotte are the three ladies that have been identified. 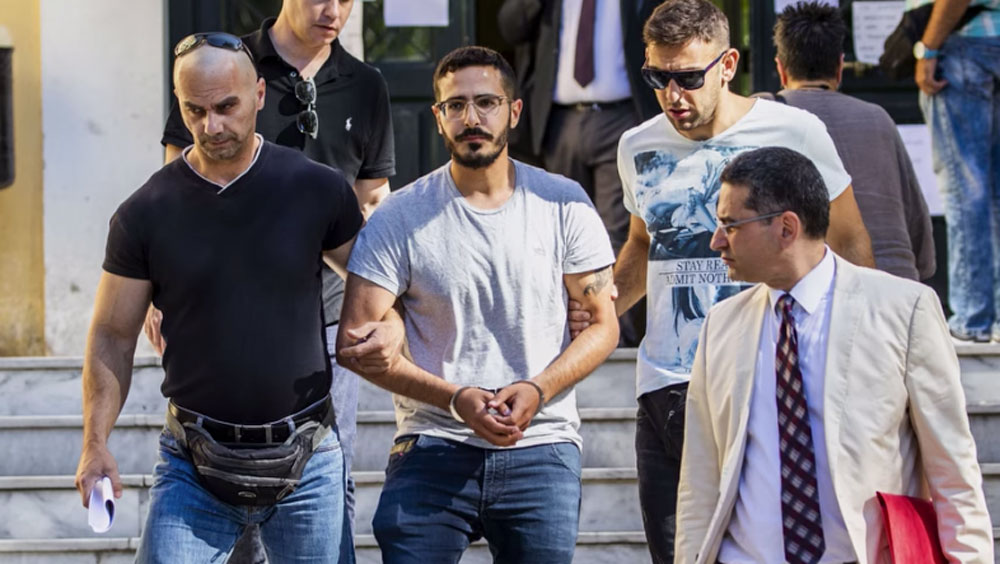 The tinder swindler has handcuffs and arrested by the authorities

After fleeing to Israel in 2017, he was charged with fraud-related offenses and was facing trial. For the next two years, he traveled Europe, creating a Tinder profile under the alias Leviev, and then taking unsuspecting dates out for dinner and persuaded them to lend him money.

Ayleen Koeleman, one of Hayut's long-term girlfriends, conducted some rapid detective work and established that Hayut was on his way to Greece. She then informed the police of Hayut's travel plans. In 2019, he was arrested in Israel and sentenced to 15 months in prison for fraud.

His scheming was discovered in late 2019 when Hayut received an order ordering him to pay a total of more than $43,000 in compensation to those he had defrauded. He was eventually sentenced to 15 months in jail for fraud, however, he was released after serving only a third of his term.

The Plot Twist Of The Story

Perhaps even more surprising than all of the tinder swindler's other crimes is the fact that he is still alive. He's out on the streets and pursuing a Hollywood career, but the women he defrauded are still obligated to pay their debts.

There are no current Tinder profiles or aliases associated with Hayut, who was freed from prison after just five months. In addition, he's been permanently barred from the site for his persistent behavior. The Tinder Swindler, with his new lover at the end of the documentary, is living the enjoyable life he had before going to prison, but that hasn't stopped him from swiping right before.

The Tinder Swindler is available on Netflix. According to the team behind Don't F**k With Cats, modern love is a risky game, especially in the realm of online dating, where not everything that glitters is gold. He is infamously known as "The Tinder Swindler" for seducing and swindling young ladies out of millions of dollars. He is currently on the run from justice in multiple nations. One swipe has the potential to completely transform your life. This is the perfect fairytale that has turned into a nightmare. Follow the journey of three ladies who decided it was time to exact revenge.

Netflix is the world's most popular streaming service, with 214 million paid customers in 190 countries enjoying TV shows, documentaries, movies, and mobile games. Members can view as much as they want, whenever, anywhere. Members may watch without advertising or commitments.

According to Instagram stories revealed in the film The Tinder Swindler, Simon Leviev is currently 31 years old and lives as a free man in Israel, where he is currently dating Israeli model Kate Konlin.

"You're right on two out of three counts. Yes, the guy is an awful person, and yes, the women are incredibly stupid for falling for it, but that doesn't mean what he did can't be illegal. If enough people think something is sinister enough to be punishable by law, and the legal system agrees with them, then the law is put in place. That's democracy. Frankly, I'm glad he was arrested, as I don't think it's a good idea to let con-men take advantage of gullible people without consequence," —Daily training mentioned.

"The documentary filmmakers are likely claiming fair use. As is the case with a lot of investigative reporting. I guarantee both VG and Netflix had numerous lawyers review it, and a lot of it was likely deemed fair use as its factual reporting for exposing a criminal offense. Obviously, Simon can dispute that claim and sue, but in this case, they are likely claiming fair use to say they don't need permission. This happens a lot and is how most investigate reporting and commentary YouTube continue to exist," —Drc56 said.

"They’re stupid women. I don’t know any women that would start sending someone 100s of thousands of dollars within a month of dating someone. That’s a HUGE red flag. They were dumb and they were blinded by greed. Women constantly try to “get the whole package” and end up fucked over. Rinse and repeat. This con artist will never ever run out of these types of women to con," —Deadlift420 claimed.

What Is This Tinder

Known for its swipe and match function, Tinder is an online dating software that charges a monthly fee for access. To become a member of Tinder, you'll need to download the app and enter some basic information about yourself, such as your age, location, gender, and gender preferences, amongst other details.

Is Tinder Free To Use

In order to utilize Tinder for Web, an app called Tinder can be downloaded for free from the App Store and Google Play Store. Create a profile, utilize the Swipe Right function to Like someone, and use the Swipe Left feature to pass are all basic features.

Romance scams occur when a criminal creates a false online identity in order to gain the trust and affection of a victim. The scammer then manipulates and/or steals from the victim by creating the illusion of a romantic or close relationship. Romance scammers are skilled at what they do, and they will appear sincere, compassionate, and believable.

Con artists may be found on nearly every dating and social media site. The scammer's goal is to swiftly create a relationship with the victim, endear himself to them, and acquire their trust. Scammers may offer marriage proposals and make plans to meet in person, but this will never happen. They'll eventually ask for money.

What Are Common Romance Scams

Scammers use popular social media sites like Instagram, Facebook, and Google Hangouts to contact their victims and build bogus profiles on dating sites and apps. Scammers establish a relationship with their victims in order to gain their trust, sometimes conversing or chatting with them multiple times a day.

How Do You Outsmart A Romance Scammer

Millions use dating apps or social media platforms to meet someone. Instead of finding love, many people encounter a con artist attempting to dupe them into giving money. As proven by the victims of romantic scams as portrayed by the film The Tinder Swindler, internet romances may blossom quickly, but they often wither when reality sets in. Still, there is a greater cause for concern than mere disappointment. Rather than believing everything written to you by someone you've never met, carefully consider your next steps. It is far wiser to initiate meetings and make friends in person.