The future of socially distanced gigs is here and they look so much better than normal gigs.

Everyone knows that the worst thing about seeing your favourite band live is the rogue elbows you get jabbing you in your face and ribs. That’s not an issue anymore.

A Sam Fender concert held in Newcastle has been dubbed the world’s first socially distanced gig, with people standing and dancing in their own private booths on the grass. 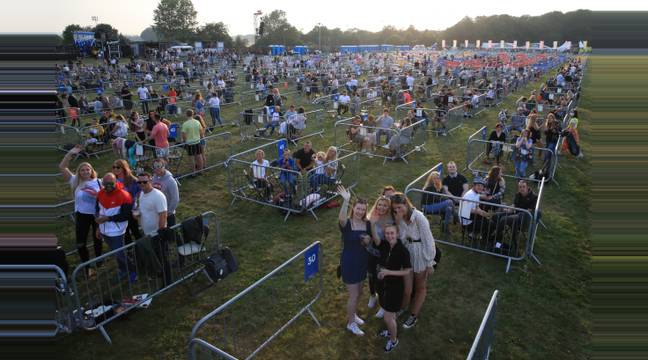 To make sure there weren’t any unwanted collisions, there was a one-way system in place for people walking from A to B, and people were given chairs in their little pods if they wanted to sit down… like a real gig.

“We are delighted to play a part in bringing back live music events as we start to emerge from lockdown.

“This feels like a unique opportunity to celebrate music and all the wonderful emotions that come with experiencing it live alongside other music fans“.

The gig went down pretty well with people on Twitter, who were all for not touching randomers while listening to some lovely songs.

Sam Fender in Newcastle tonight. It all looks very strange but fair play to the organisers for finding a way to get live music out there again. pic.twitter.com/cofezOiLyp

One attendee wrote: “Fantastic night! Sam Fender was class! Can all concerts be like this?! Brilliantly organised! Thank you!”

listen this looks incredible to me, an elderly millennial https://t.co/0yXPV5ApY3

Another person said: “My hatred for human contact with people I don’t really know really approves of this.”

We can all relate to that last point, can’t we?