James McAvoy Plays A Character With 24 Different Personalities in 'Glass' 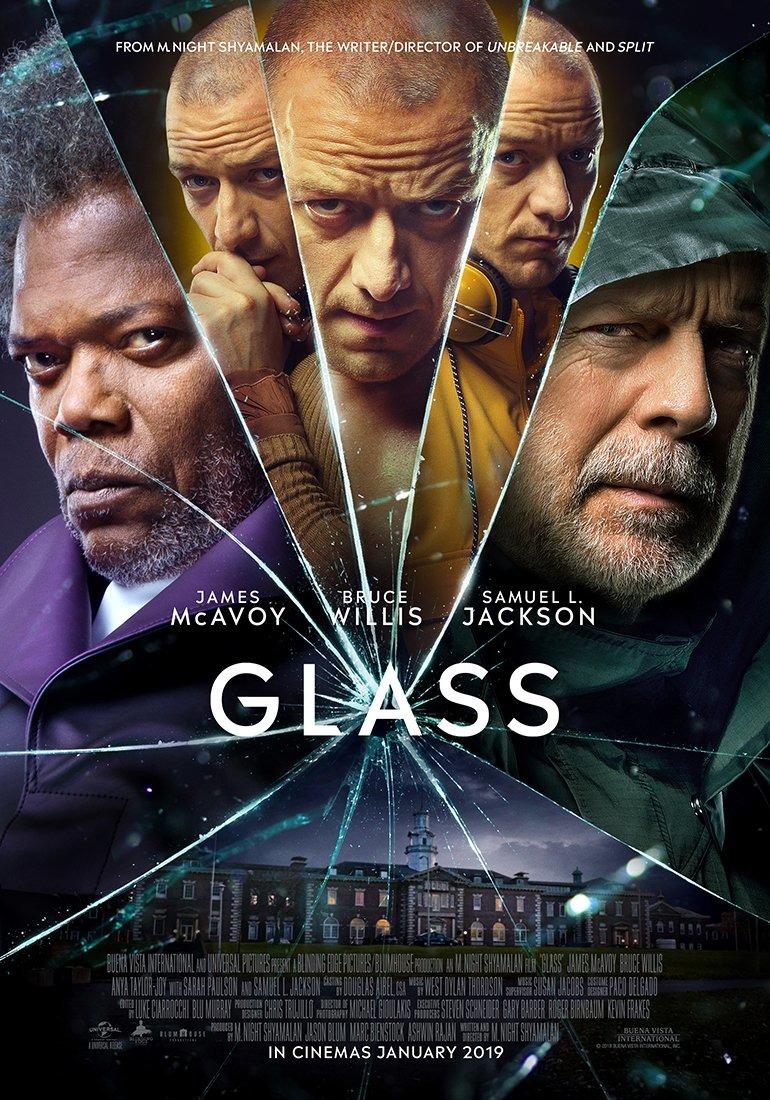 On Blu-ray and M, "Glass" is now available. Night Shyamalan's latest picture reunites Bruce Willis and Samuel L. Jackson's characters from his 2000 film "Unbreakable," as well as introducing both of them to Kevin Wendell Crumb, played by James McAvoy, from "Split."

McAvoy's portrayal of a young guy with dissociative identity disorder who has 24 separate personas became a highlight of 2017. In "Split," he never plays all two dozen identities, but he does segue between eight key roles with ease.

Near the end of "Split," audiences learn the names of all the various identities Crumb may take on via a computer found in his cave beneath the Philadelphia Zoo. The Horde is the collective name for the most malevolent and deadly identities. Several more people are introduced in "Glass," albeit none of their names are spoken aloud. The two dozen characters related with Kevin Wendell Crumb that we encounter in the movies have been collected up by INSIDER. 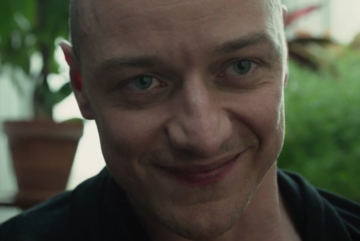 Kevin, played by James McAvoy, is a character with dissociative identity disorder.

Kevin's mother was abusive and suffered from obsessive-compulsive disorder, as revealed in flashbacks in "Split" (OCD). Kevin's father inexplicably vanished on a train one day, and the young kid grew up to be abused by his mother, prompting Kevin to retreat into different identities to protect himself. Kevin will appear in "Glass" once more.

Kevin has no remembrance of what has occurred when his other identities have emerged in "Split." 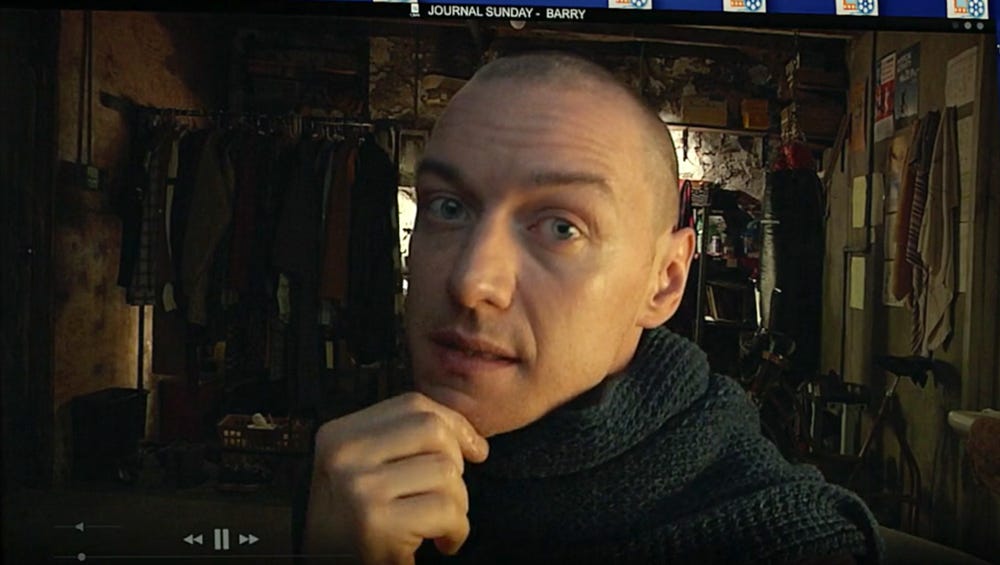 A bald man holding his chin

In "Split," Barry sees Dr. Fletcher, a therapist, on a daily basis to keep the Horde in check. He was the identity in charge of determining which personalities may emerge and take control of Kevin's body for a long time, until he was overpowered by numerous others. Barry is also well-versed in the fields of fashion and design. He's seen carrying a sketchbook around with him.

Throughout the film, he tries to send Dr. Fletcher emergency emails to warn her about other, potentially hazardous personas taking over. 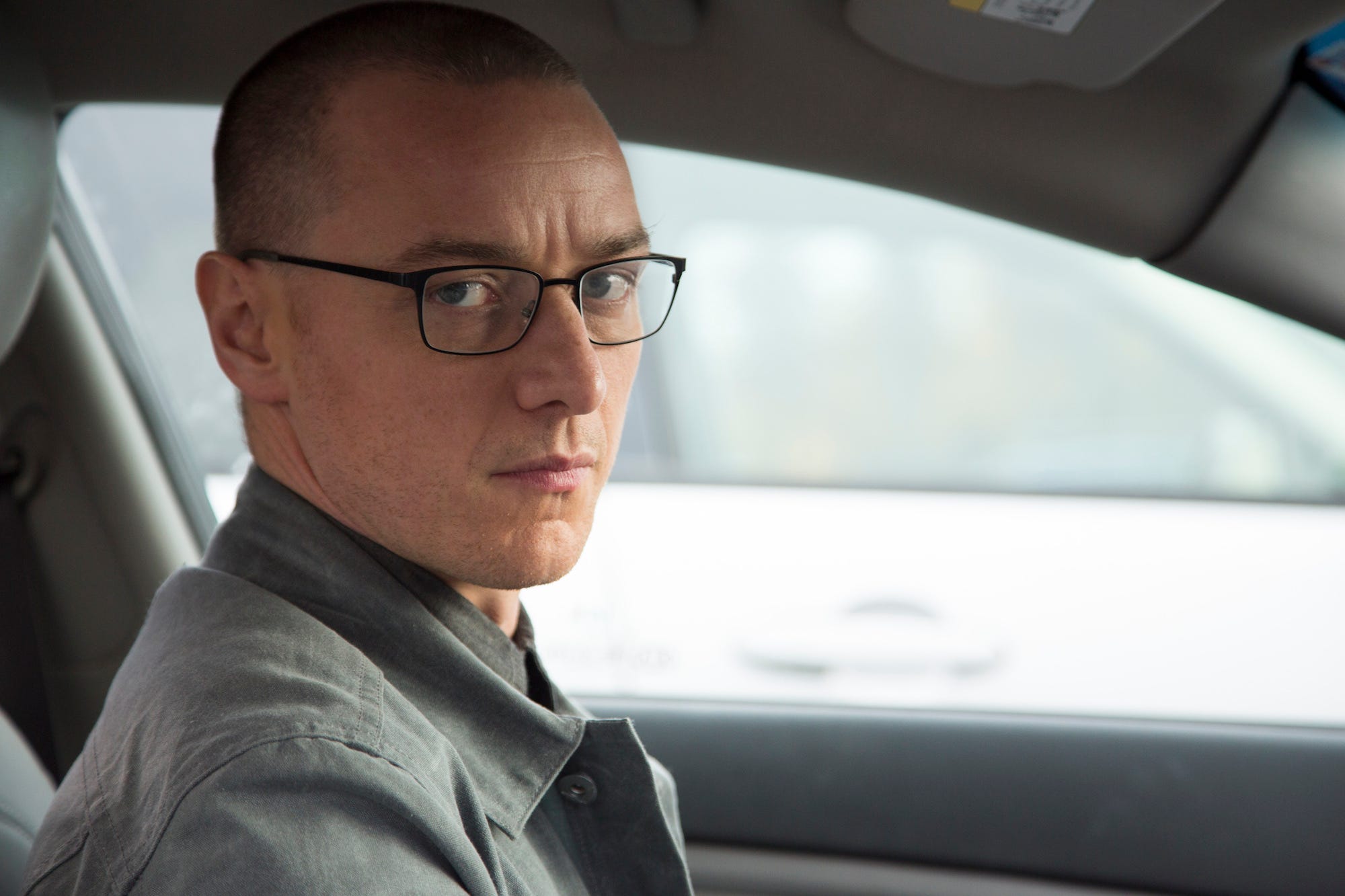 A bald man wearing an eyeglasses

Dennis is the first of Kevin's alternate personalities we meet in "Split," when he kidnaps three teenage girls and begs one of them to dance for him. As the film proceeds, we realize that he enjoys watching young females dance naked, which is why the others strive to prevent him from doing so.

Dennis, like Kevin's mother, has OCD and is obsessed with keeping things neat. Dennis is one of the group's two caretakers, according to Dr. Fletcher's files, which were briefly viewed in "Split." Patricia is the other. 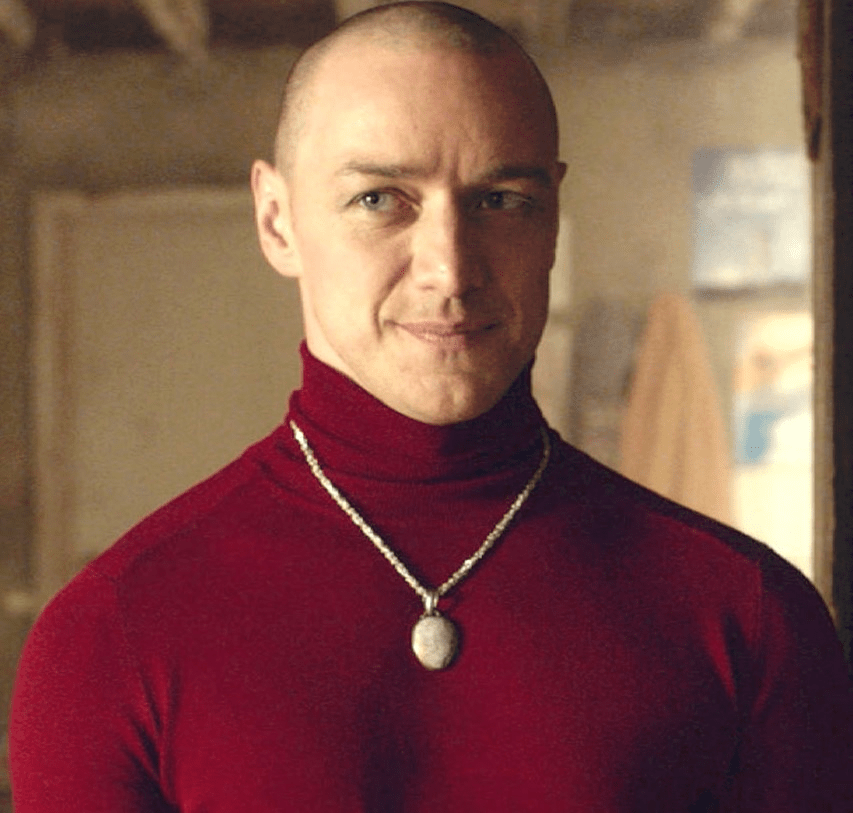 A bald man wearing a red turtle neck and a necklace

Ms. Patricia is an older woman who tries to keep the other characters in line. She's a calm and pleasant mother figure for the most part, but her perfectionism makes her appear unstable. This is best demonstrated when Patricia becomes enraged after unevenly cutting a sandwich and having to start over. 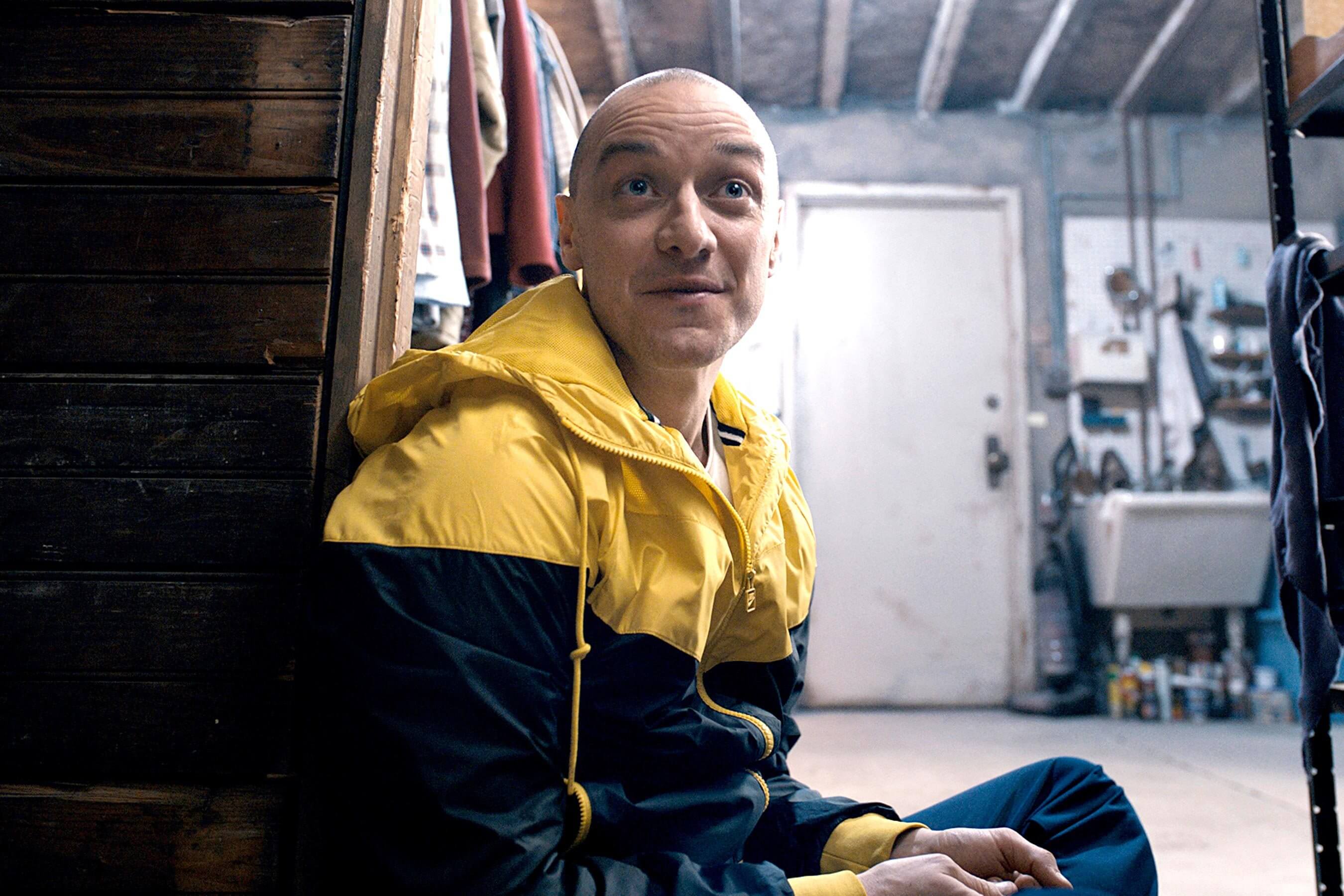 A bald man wearing a windbreaker with a hood

Kevin's innocent nine-year-old brother, who has complete control over his body. In "Split," Hedwig befriends Casey while she is being held captive by Dennis, and he reveals that he is a great Kanye West admirer and a dancer. He frequently repeats himself, including the fact that he wears red socks.

Hedwig's lisp is the most recognizable feature of his personality. He'll be seen a lot more in "Glass." and many other characters that is not seen in the lists. Who is your favorite character? Let us know.