Thief Trips And Gets Injured By Angel’s Sword While Stealing St. Michael Statue From Church 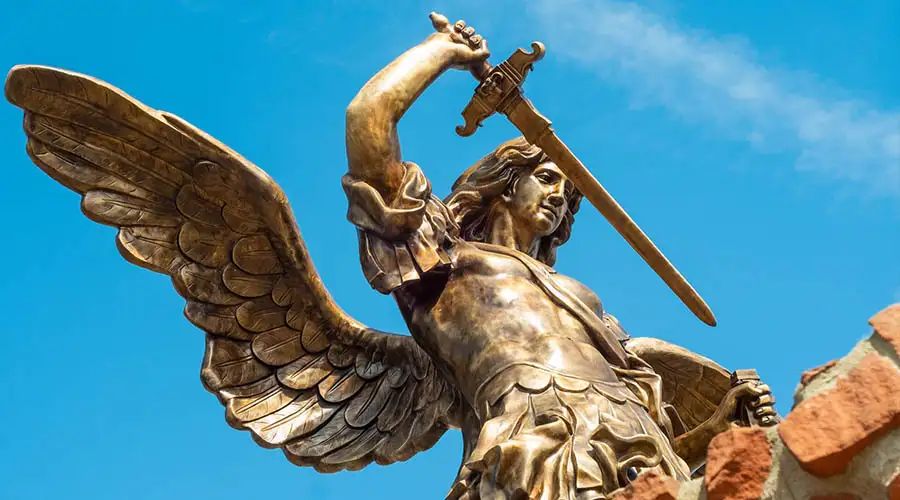 In Monterrey, Mexico, close to the US-Texas border, a drunk thief trips and gets injured by angel’s sword while stealing St. Michael statue.

Milenio, a national newspaper in Mexico, said that Carlos Alonso, 32, was charged with climbing over the church's fence and breaking a glass door to get inside. The accusation is that drunk thief trips and gets injured by an angel’s sword while stealing the St. Michael statue.

Only because bystanders who saw Alonso and his trail of blood called paramedics to administer life-saving medical care after his neck impaled him on the sword.

The police then led him to a neighboring hospital while he was in their custody. According to the Catholic News Agency, once he has healed from his wounds, it is anticipated that he will be handed over to the public prosecutor's office.

At that time shall arise Michael, the great prince who has charge of your people. And there shall be a time of trouble, such as never has been since there was a nation till that time; but at that time your people shall be delivered, everyone whose name shall be found written in the book.

The sword wasn't harmed, which is good news because Michael is typically depicted wielding a sword while he defeats Satan in battle in statues and artwork. Since then, people in the area have said that the man's death was "divine justice."

Lupita, a store owner in Monterrey, told ABC Noticias that she believed Alonso deserved his injuries and that they were an act of God.

A second would-be thief targeted the church in October with the intention of stealing a separate statue of an altar boy.

He wasn't attacked by an angel, but police did catch him after they saw him carrying the statue a few blocks from the church, according to ABC Noticias.

A drunk thief trips and gets injured by an angel’s sword while stealing the St. Michael statue in Mexico. Alonso allegedly broke a glass door in front of the church entrance, leaped over the fence in the pitch-black, and entered the building.

The alleged thief tried to run away while carrying a statue of St. Michael the Archangel, but he tripped and fell on the angel's sword, severely breaking his neck.