This Woman Can Dip Her Hand Into Hot Oil 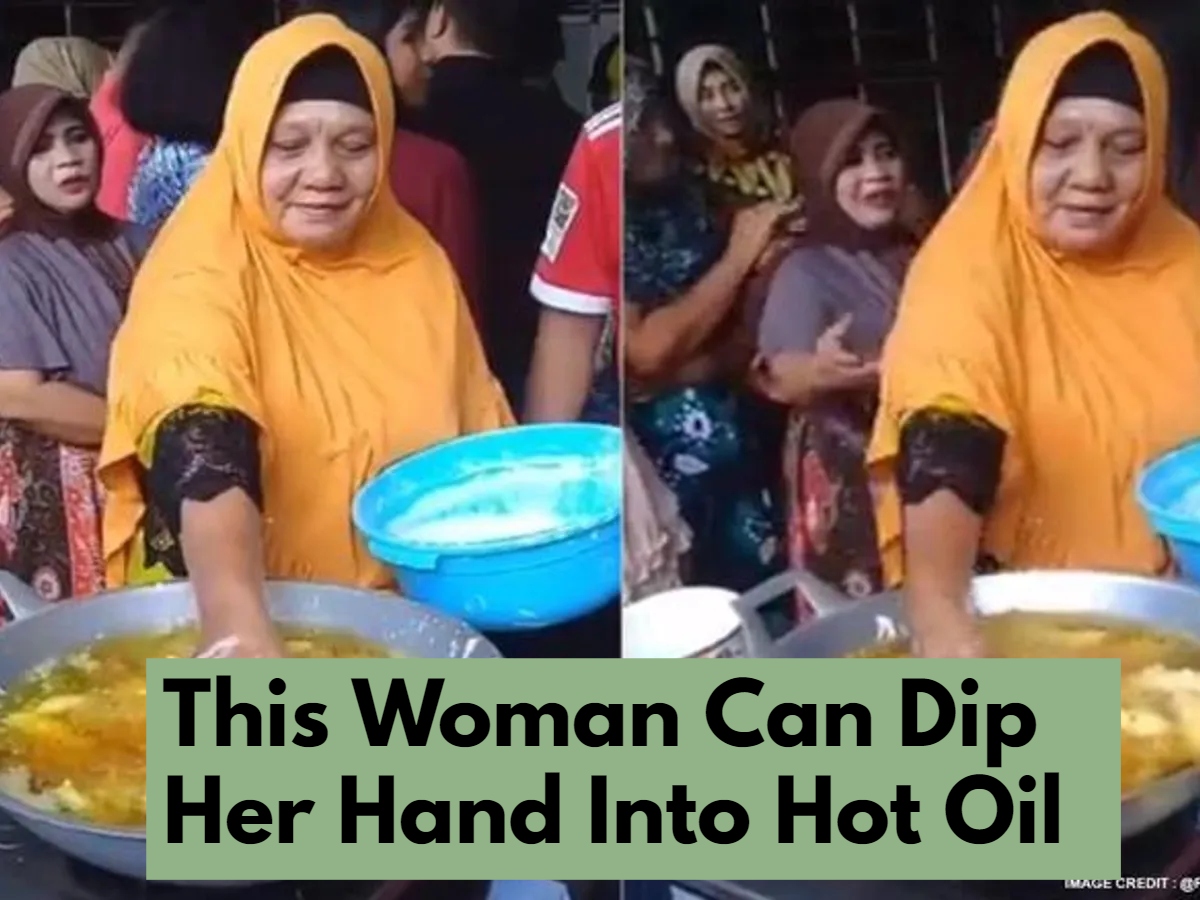 This woman can dip her hand into hot oil. Really? What would you think if we told you that a video showing a woman frying some food has gone viral?

You are probably wondering, "How?" The reason for this is that the woman is just using her hands and not tongs to fry the meal, dipping her fingers in oil that is already scorching hot. 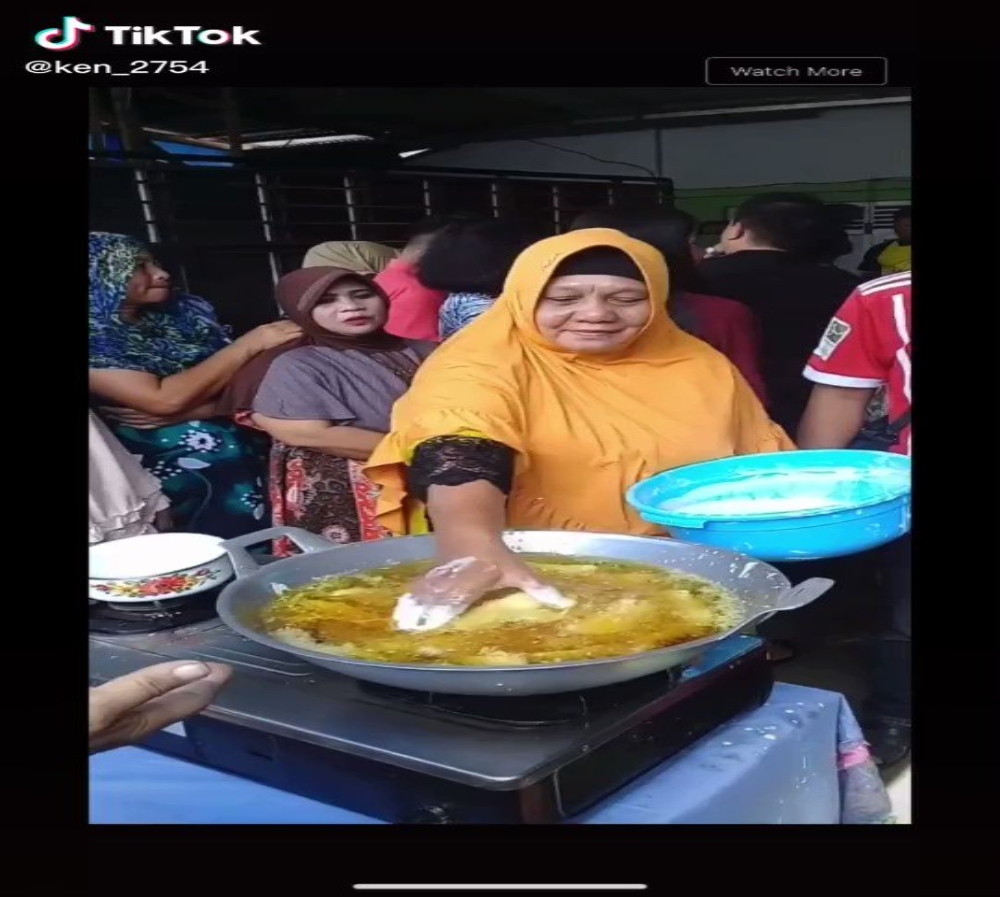 The video about this woman can dip her hand into hot oil that went viral on TikTok was first uploaded on Twitter by the account First We Feast. They uploaded the video to their website with the statement "She stated tongs are for losers (sic)".

It is an excellent caption for this video. The brief video shows an elderly lady standing next to a large frying pot.

Rather than utilizing tongs or any other type of safety equipment, she makes use of her bare hands to move the food around in the pot.

At one point, she even takes some hot oil in her hand to demonstrate to the audience that she is unaffected by the temperature of the liquid.

Simply watching the tiktok video raises questions about the high heat that must be contained within the oil as well as the excruciating discomfort that could be caused by it.

However, the woman does not appear to be in the least bit perturbed by the entire process, and she proceeds with her business in a very nonchalant manner.

After the segment focusing on the woman has concluded, an altered image of a pair of tongs appears on the screen and says, "Maybe, I am not even here. Maybe, I am a hallucination."

People are in complete disbelief because of what is taking place, and the video has been viewed more than 25,200 times on the website.

People on Twitter are referring to her as a badass and claiming that her hands are as tough as steel.

This woman is challenging the findings of science.

How is it possible for someone to dip their hands into oil that is already boiling without getting burned?

Even just a few droplets of heated oil can cause blisters to appear on the skin.

I found another video about that lady on Reddit. Check that video below.

A person on Reddit, eeyore134, shared a detailed comment about this. "All these theories about how she's doing this when it's simple... Her hands are coated in a mixture of flour, whatever she's using to get the flour to stick, and more oil which gathers more flour. It's like a glove. It would hurt to hold your hand in there for any period of time, but not the amount she keeps her hand in. I do this all the time when I make fried chicken so I can lay it in gently and not have it fall to the bottom and stick. It's not her skin color, callouses, fancy effects, where she lives... it's just her hands coated with what is basically a batter."

This comment got 2.1K upvotes and a star award too. Hope you now understand this thing.

A member of the online community shared a link to a video on YouTube that showed a man frying chicken with his bare hands.

After providing the link, he stated that the footage of the woman brought to mind the Thai street trader known as "Superhands," who is featured in the YouTube video provided below.

This is not the first time that someone has astonished the internet with an act like this one.

For example, people were left speechless when they heard the story of an Indian street food chef five years ago.

The man could fry fritters with his bare hands by dipping them into oil that was already boiling.

However, just like the theory with the woman who can dip her hands on a scorching oil, many believe that the thick batter that is covering his hands is shielding him from the oil.

How exactly are they managing to pull this off? It defies explanation. Or maybe not.

A person explained this process, “Let me enlighten you non science people, it is called Leidenfrost effect, even if there was a lava filled pan she wouldn’t suffer damage at all.” 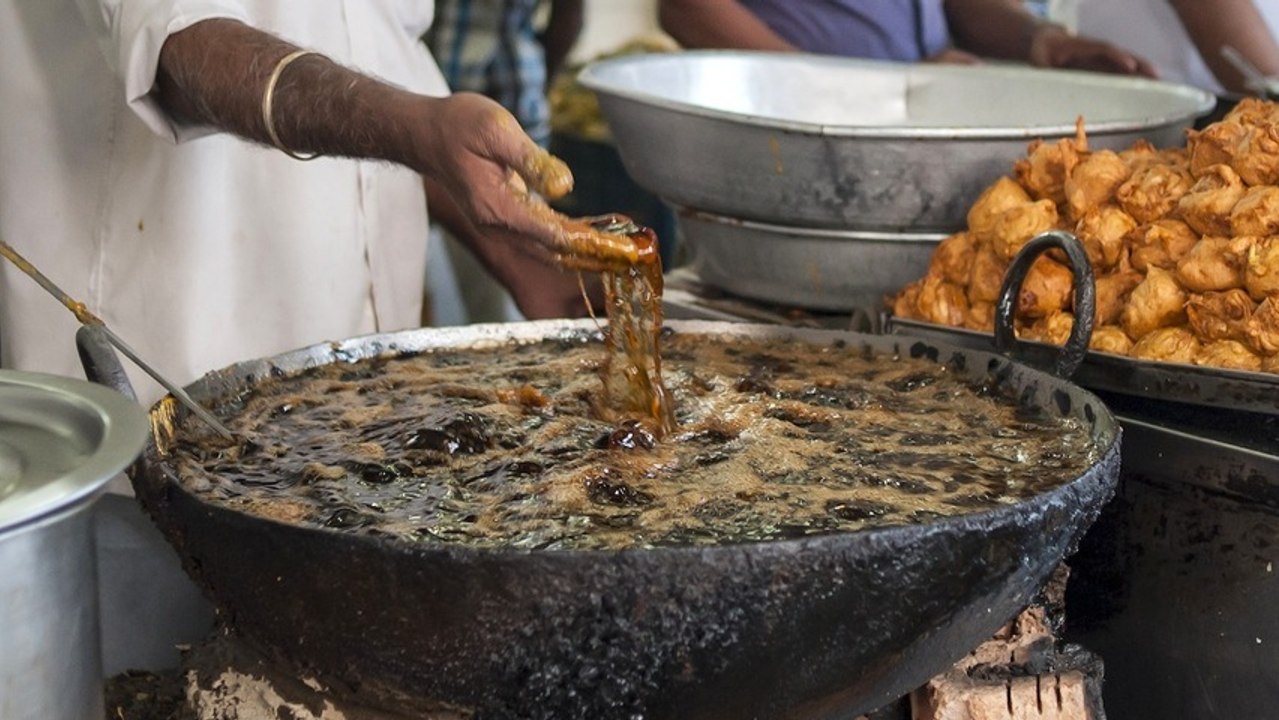 A man frying fritters using his own hands

What Is Leidenfrost Effect?

When a liquid comes into contact with a solid that is at a temperature that is significantly higher than the boiling point of the liquid, an effect that is known as the Leidenfrost effect or film boiling takes place.

After coming into contact, a layer of vapor forms at the interface between the liquid and the solid, which acts as a barrier between the two phases.

The examples of the Leidenfrost effect are:

Can You Dip Your Hand In Hot Oil?

No, you should not put your hand in hot oil it will cause severe injuries but if your hands are covered with some coating, you can do that then. This is all because of the Leidenfrost effect.

How Some People Put Hands In Boiling Oil?

They started by putting their hand in the water, then they put it in boiling oil, and it didn't hurt. Since water has a greater specific heat than oil does, it requires more heat to bring its temperature up.

What Happens If You Put Your Hand In Oil?

Burn from cooking with oil is often a small burn that may be treated at home, however, if the burn is accompanied by extreme pain and quick blisters, you should probably come to the hospital as soon as possible for treatment.

What was your first reaction when you first heard about this woman can dip her hand into hot oil?

Are McDonald's burgers fried or not?