Three Elderly Women Are Moving In Together To Self-Isolate

Three elderly women are moving in together so they can self-isolate in each other’s company, which is pretty great.

I’m jealous. Only the other night, my friends and I arranged to convene around my house to watch a few films and have a few beers but before I left to pick them up, I remembered the whole self-isolation, social distancing thing, and then we all agreed that we should probably stay in our respective homes.

A disappointment, for sure, and not one that looks like could be solved in quite some time… unless we move in together.

With that said, I think my girlfriend would have something to say about me moving in with my friends and not her. I guess I’ll just wait until this all blows over to start watching films with my friends again. 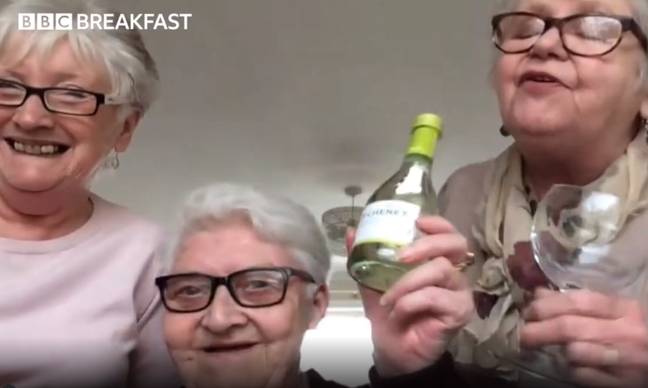 Three women who don’t have to worry about that are Doreen, Dotty and Carol (fantastic old lady names), who are all in their 70s, live in England and have known each other for over 40 years.

Since they’re in the category of people most at risk from COVID-19, they’re more or less being made to self-isolate, but because it’s bloody boring self-isolating, they’re deciding to do it together.

“We’ll have a week in our own homes in self-isolation and if we’re still fit and well then we would decide which house to go and live in.”

Dotty and Carol both have gardens where they can chill out and exercise, but Doreen has Netflix, and is looking forward to binging The Crown with her friends. 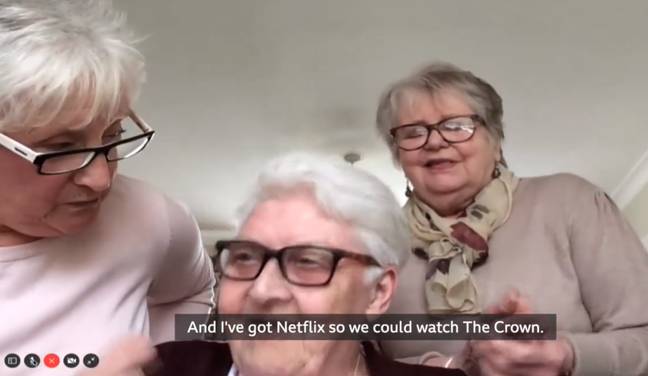 With that, they’re still decided on whose house they should live at, but they’ve made abundantly clear that whoever’s they choose, they’ll get a decent supply of wine in first.

Carol spoke of their bond, and the general malaise surrounding the pandemic, saying:

“We’ve seen each other through divorces and loss – we go on holiday together, we look after each other.

“We feel sorry for those who are going to be out of work. The cafes are closing, the theatres – we should have been at the theatre on Friday.

“What’s going to happen to these people?“

I guess now we just all have to wait and see what happens.