Joe Exotic is back and he’s badder than ever, as he has collaborated on a clothing line so you can bring his style to your everyday life.

No-one liked the way Joe Exotic dressed in a non-ironic way and again, unless they were after a laugh, there’s not enough money you could pay someone to dress like him. Nonetheless, he’s making clothes.

Teaming up with the brand Odaingerous, the incarcerated zoo owner is creating street-wear apparel that has been described as ‘bold, iconic, edgy and Odaingerously unapologetic’. Sounds bloody awful.

Though Exotic is currently serving a 22-year prison sentence for numerous animal abuse charges and a murder for hire plot to kill Big Cat Rescue CEO Carole Baskin, he signed a six month contract with the clothing brand after they got in touch via written letters.

I’ll be honest, I actually quite like that hoody but trust me-you, I will never buy one. 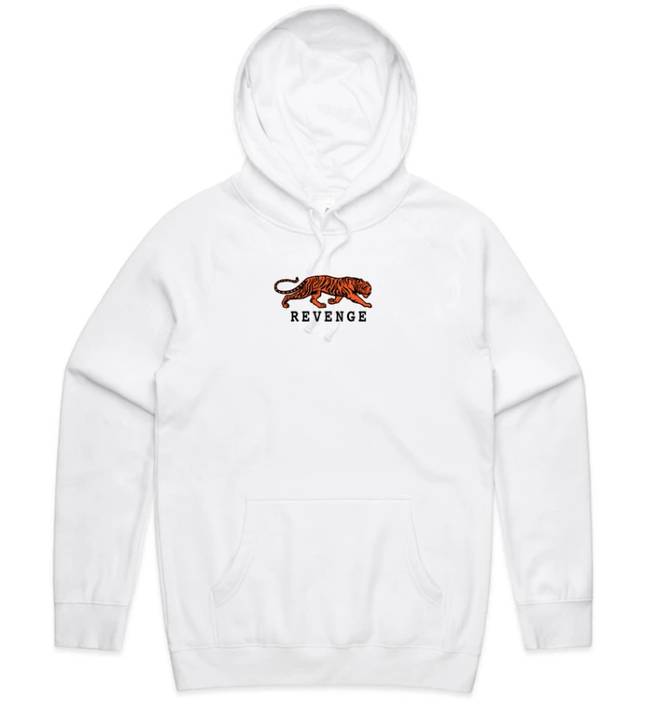 Discussing how the partnership came about, Odain Watson – the brand founder – told In Touch:

“I’m a gay minority designer and Joe is a fellow gay person. That connection of being the outsider, we connected on that level of being on the underdog. That’s how we connected, he loved my energy.

“I pitched him my idea surrounding the collection and with the theme of revenge and how I admired his ambition and perseverance.

“The best revenge is success and that’s what Joe stands for and he’s really excited about it, he’s not down and out, he’s talking about his projects and all he has going on“.

Exotic’s husband Dillon will be getting involved, modelling the clothes. Speaking of his involvement, Watson added:

“He’s so excited, you see a little on the show, he was dabbling in fashion. Once isolation lets off, we’re going to be working with Dillon all day and every day“.

You can check out the full Revenge Collection here… if you want.