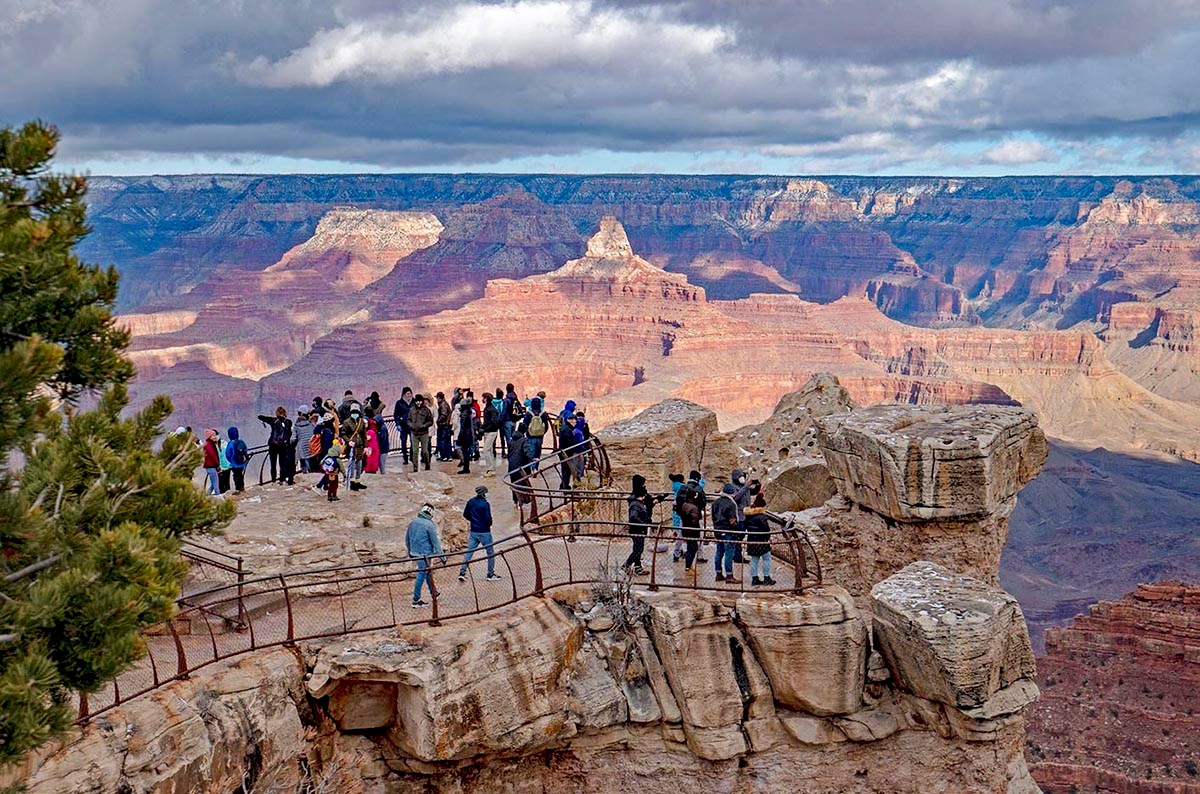 A risk-taker and Tiktok influencer faces legal issues after hitting a golf ball into the Grand Canyon recently. According to media reports, the violator is Katie Sigmond, who has seven million followers on social media.

After she posted a video of herself playing golf on the edge of the South Rim of the Grand Canyon, east of Mather Point, the Grand Canyon National Park was upset and went to investigate the incident. Here is the statement they made about what happened:

Do we really need to say, ‘don’t hit golf balls into the Grand Canyon?’ On October 26, an individual posted a video to her personal TikTok page showing her hitting a golf ball and throwing a golf club into the canyon near Mather Point. Members of the public helped identify the individual’s social media account. On October 27, Grand Canyon Law Enforcement identified, located and contacted the individual responsible for the incident. Charges and a court appearance for the individual are pending. Throwing objects over the rim of the canyon is not only illegal but can also endanger hikers and wildlife who may be below.

Information from visitors is often very helpful to investigators. If you have information that could help in promoting public safety and preventing crime at Grand Canyon, please contact us by calling or texting the ISB Tip Line.

The video of the Tiktok star who was fined for hitting a golf ball into the Grand Canyon is also shown below.

In the video, which surfaced on Katie Sigmond's accounts on October 26, the 20-year-old loses much of her club after hitting a golf ball, as the driver's shaft flies into a canyon behind the ball. On websites like Reddit, where a screen capture of Sigmond's Snapchat Story received more than 900 comments, users of social media were quick to publicize the stunt.

Commenters criticized Sigmond for littering and putting the lives of people and animals below her in danger. The influencer was becoming popular for the wrong reasons, and she appeared to remove the pictures.

One comment in the video said: "Good, to hell with these Entitled influencers who think they can do whatever the hell they want." Meanwhile, a second comment also said: "Imagine a person just calmly hiking on the canyon and suddenly that metal comes flying at them. Youngsters and their egos."

On the other hand, one person wrote a comment in Reddit: That's a fine. These people should be banned from the national park system too."

My husband and I say this all the time! Everyone gets the right to the national parks but if they are stupid, they get a ten year ban.

Why the hell is she hitting a golf ball into the Grand Canyon???? Some people kids not respecting the beauty of one of my favourite places.

Tourists from all over the world have come to see the Grand Canyon's breathtaking views. The Grand Canyon was first preserved as a reserve in 1893, then as a national monument, before becoming a national park on February 26, 1919. So here are some facts about the Grand Canyon National Park that will fascinate you!

The Grand Canyon Can Change The Weather On Its Own

The Grand Canyon ranges in height from about 2,000 feet to over 8,000 feet, so it can experience many different kinds of weather. Because of this, the temperature usually goes up by 5.5 degrees for every 1,000 feet of elevation loss.

Roughly 1000 Caves Are In The Grand Canyon

There are about 1,000 caves in the Grand Canyon, and 335 of them have been found and written down. Even fewer have been mapped or inventoried. Today, only the Cave of the Domes on Horseshoe Mesa is open to the public.

Geological changes and the Colorado River's erosion are what made the Grand Canyon look the way it does now. It is one of the most studied landscapes in the world because there are so many fossils, geological features, and archeological sites there. It might seem like the Grand Canyon would be a good place to look for dinosaur bones, but no one has ever found any there, and for good reason.

The Rock Squirrel Is The Most Dangerous Animal In The Park

A lot of different animals live in the Grand Canyon. But the rock squirrel is the worst of the bunch. Dozens of people get bit every year when they try to feed these animals. To stay safe, don't get close to animals at the Grand Canyon or feed them (or in any park).

Joelle Baird, a spokeswoman for Grand Canyon National Park's Office of Public Affairs, said that once people started identifying her, she confirmed to park authorities that she was in the video. The Tiktok influencer was accused of littering, throwing things into the Grand Canyon, and making dangerous situations by acting in an unruly way.

The US Attorney's Office for the District of Arizona gave the young woman a fine because of this. Meanwhile, Baird said that she had no idea what charges were finally included in the agreement, and the federal prosecutor's office did not reply to calls and emails seeking comment right away.

Ms. Baird stated that she was unsure of the fine's amount. However, in comparable circumstances, fines might reach $280, according to her.