Tiny creatures living and having sex on their faces freaked people out, and many felt very uncomfortable with this. In general, this is quite unsettling if you think about it, and the author sincerely hopes that it hasn't made you want to skip your nap. University of Reading researchers have discovered microorganisms that live in the pores on our faces.

According to their study, it was discovered that these tiny creatures emerge while we are sleeping and have sex to produce more mites. The bugs with eight legs move around on our faces and even nibble to find a mate. 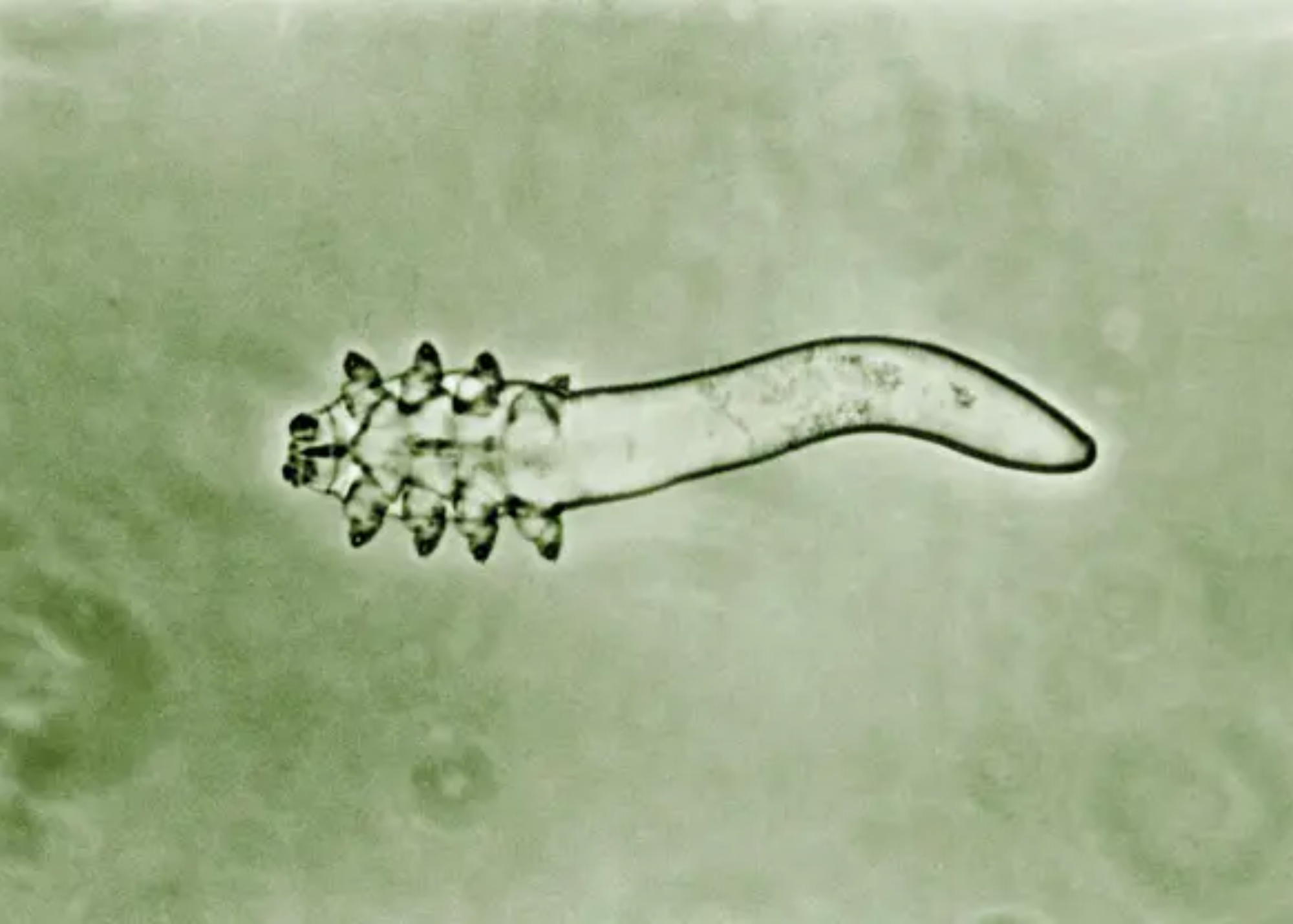 Researchers found out about the disturbing fact when they sequenced the genome of a mite for the first time. It found that the little bug lost genes and cells it didn't need because of the inbreeding that happens along the skin's surface. The researchers even found that bugs are more likely to become "internal symbionts" that live inside us than to stay as parasites that live on our bodies.

Still, having bugs on our bodies is nothing new and shouldn't make us uncomfortable. Also, you would never have seen the bugs because they are only 0.01 inches long (0.3mm). Dr. Alejandra Perotti, co-leader of the research and Associate Professor of Invertebrate Biology at the University of Reading, said:

We found these mites have a different arrangement of body part genes to other similar species due to them adapting to a sheltered life inside pores. These changes to their DNA have resulted in some unusual body features and behaviours.

- Dr. Alejandra Perotti, Associate Professor in Invertebrate Biology at the University of Reading

Scientists have spoken out in defense of the bugs, arguing that they are unfairly blamed for skin conditions like blepharitis and rosacea. A new Anonymous tweet, however, suggests that this hasn't stopped people from being creeped out by their discovery.

It reads: "You have microscopic creatures living in the pores of your face. They eat your dead skin and oils. While you are sleeping they come out and have sex to make more mites. Do you find this terrifying or oddly comforting? We are never really alone."

According to the study, as their genetic diversity decreases, their reliance on us grows, putting them at risk of extinction. For example, the researchers expected to find the gene that wakes up and puts the mites to sleep, but it wasn't found. Instead, the organism detects the lower level of hormones secreted in the skin while we are sleeping, and this causes them to wake up.

The problem is caused by these adaptations. The more they adapt to us, the more genes they lose, until they are completely dependent on us for survival.

They won't be able to leave our pores and find a new mate to couple up with because of their dependence. They've put all of their eggs in one basket. So what's the problem if we lose them? "They are associated with healthy skin, so if we lose them, you may experience skin problems," Dr. Perotti adds.

What You Should Know Demodex Folliculorum Mites

The Demodex mite species is the most prevalent. D. folliculorum feeds on dead skin cells while residing inside the hair follicles of human skin. This type, in contrast to D. brevis, is primarily found on the face. These mites typically affect the eyelids and lashes and are most common there.

Despite how unpleasant it may sound to have mites on your skin, it's quite normal to have a few of them. Only when D. folliculorum aggravates pre-existing skin conditions like rosacea does it become a problem. Additionally, there is mounting proof that excessive amounts can result in skin issues.

Since D. folliculorum is microscopic in size, you cannot independently determine whether it is present. Large D. folliculorum infestations may cause the skin's roughness to suddenly increase. If you have these tiny termites on your face, you will experience the following symptoms:

Existing skin conditions can be exacerbated by D. folliculorum. Acne outbreaks, rosacea rashes, and dermatitis patches might get worse as a result. These kinds of inflammatory skin conditions may respond better if the mite population is under control.

Some things you can do at home can help get rid of D. folliculorum and stop it from spreading. Use a solution of tea tree oil that is 50% to gently scrub your eyelashes. Then, put tea tree oil on any eggs that are still alive. The mites and mite eggs should be killed by the tea tree oil.

Most of the time, you don't have to do anything about mites unless they make you sick. When there are a lot of mites on your face, you need to see a doctor. An ointment can be used to treat D. folliculorum on the eyelashes.

This makes it harder for the mites to lay their eggs in other hair follicles because it traps them. Active ingredients like benzyl benzoate, salicylic acid, selenium sulfide, and sulfur may also help. These ingredients can be found in creams, gels, and face washes.

Human skin naturally contains D. folliculorum. These tiny creatures living and having sex on their faces freaked people out. Be aware that these mites can, however, pass from person to person through contact.

When consumed in large quantities, this can cause scaly symptoms on the face. Currently, D. folliculorum is being looked into as a possible rosacea trigger. There is proof that these mites can make your rosacea worse.

In reality, according to the National Rosacea Foundation, rosacea patients may have up to 18 times more Demodex mites than healthy individuals. On the other hand, many people take care of their skin every day by exfoliating, moisturizing, and putting on sunscreen.

What about Demodex folliculorum and other mites that spend their entire lives deep in our faces, where they clean the pores? The author can now guess what you're thinking. And if you run to the bathroom, grab all the face wash you own, and scrub every inch of your skin, you won't get very far because they live too deep in your skin to ever be washed out.