Tmarus Angulatus - Not A Stick But A Type Of Crab Spider 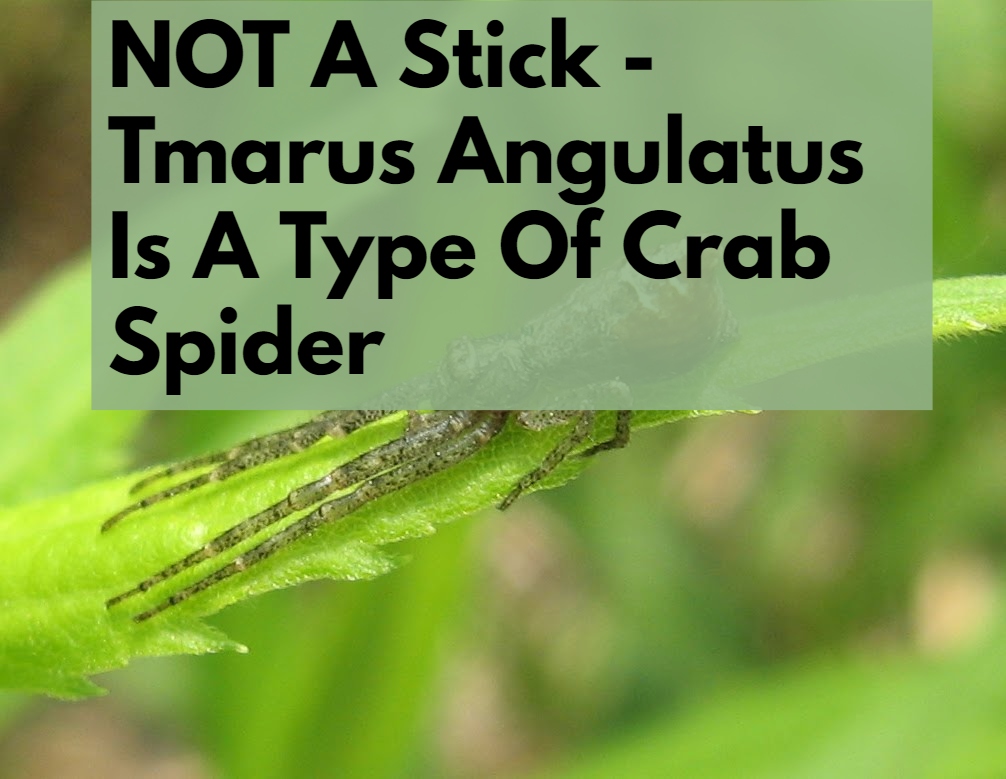 Tmarus Angulatus is a type of crab spider that can disguise itself as a stick. I think you don't believe me.

A video with the title "NOT a stick" is getting viral on Reddit. In this video, it is shown that a stick is lying on a white tissue paper and suddenly it changes into a spider.

The video is provided below. Check it out!

TigerOnTheProwl shared information, "It’s a type of crab spider. Timarus angulatus. It’s not dangerous to humans, but the bite can be painful."

ABUTTERYNOODLE said, "This is a crab spider. They are about 3 millimeters wide. They are fascinating little guys and most live on flowers, taking on the bright coloration of the flower. They come in green, pink, yellow, and more. They are adorable little dudes but they scare very easily. Little scaredycats."

User mkul316 said, "Just remember: spiders only hang out where there is food to eat. So if you found one making a home in your house they are only there because you've got bugs."

It's a crab spider in the genus Tmarus, probably a Tmarus angulatus, which is a species of tree crab spider.

There have only been a few reported sightings of this species in Wisconsin, but they are most likely rather widespread; it's just that we don't normally go looking for spiders in trees. 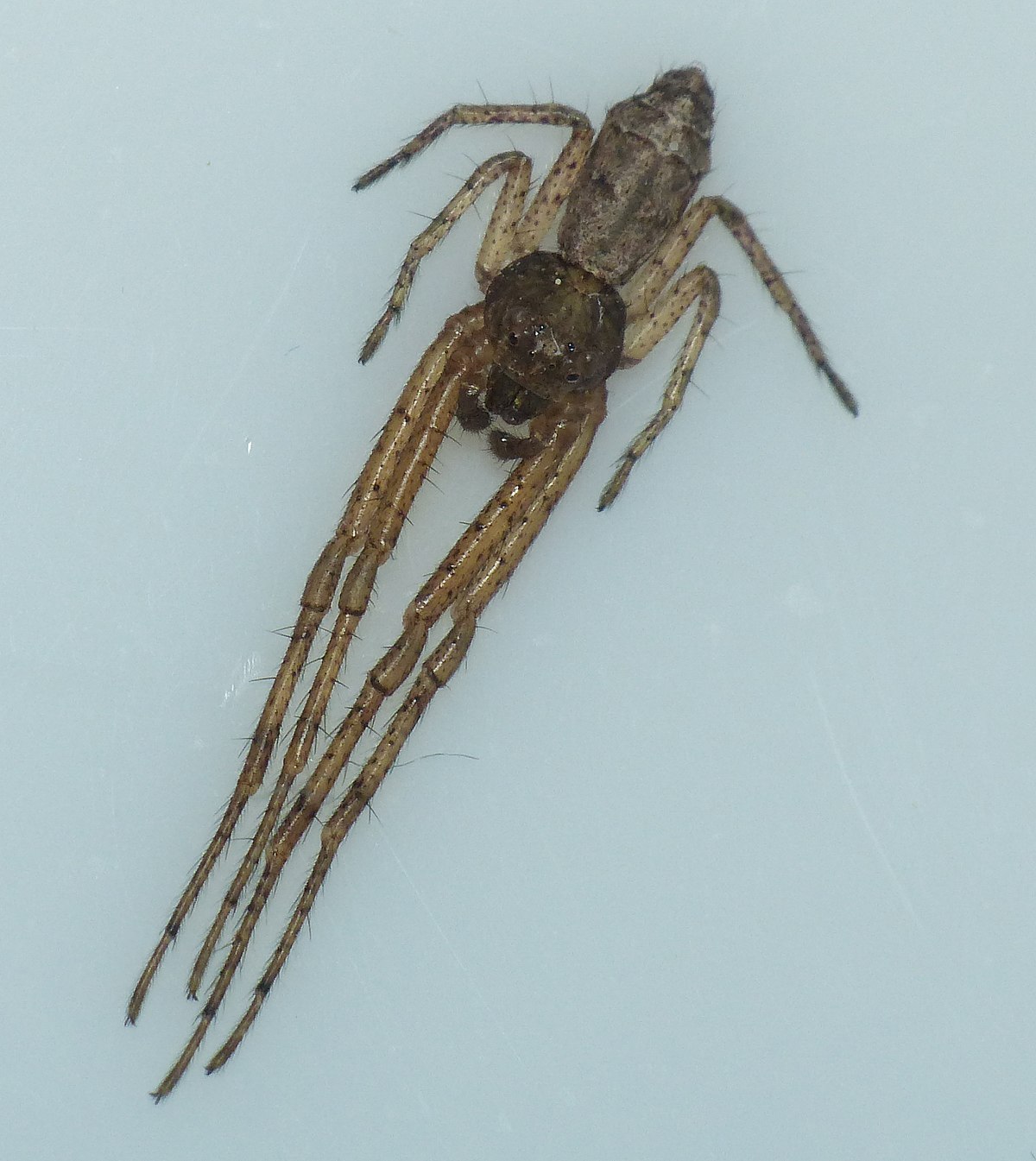 And, of course, it would appear that they have "camouflage" down pat by this point. Crab spider species, also known as members of the family Thomisidae, are among the BugLady's all-time favorite spiders.

These spiders are most known as the species that ambush insects on flower tops.

Their propensity to shift laterally and strike an attitude resembling a crab inspired the coining of their name, which refers to the crab-like posture they strike with their four extra-long front legs.

Instead of spinning webs to catch their prey, crab spiders wait in an ambush for their victims while they move around.

They first render their prey helpless, after which they inject digestive enzymes into it, wait for its internal organs to become pliable, and then suckle out the weakened tissue before discarding the empty shell.

They do weave silk, and they defend themselves from falling by playing out a drop line while they hunt.

The spiders are frequently found on state biodiversity lists, and there are a number of academic articles that detail the discovery of new species in a variety of countries all over the world.

Tmarus angulatus, also known as the Tuberculated crab spider, is a species of tiny spider that can be found all over the United States and southern parts of Canada.

The bodies of females are about an inch longer than those of males of this species.

Baron Charles Athanase Walckenaer (1771–1852), a French civil officer and scientist, is credited with describing and naming Tmarus angulatus in the year 1837.

He made these contributions. In point of fact, he accomplished more in his 80 years than most people do in their entire lives.

He was a geographer who was given the position of Conservator for the Department of Maps at the Royal Library in Paris, and held the position of Secretary for Life at the Academie des Inscriptions et Belles Lettres (where he introduced the French to the English genre of the biography), was a co-founder of the Societe entomologique de France, was a member of an early group of anthropologists called the Societe des observateurs de l'homme, was mayor (author of Histoire naturelle des insects). 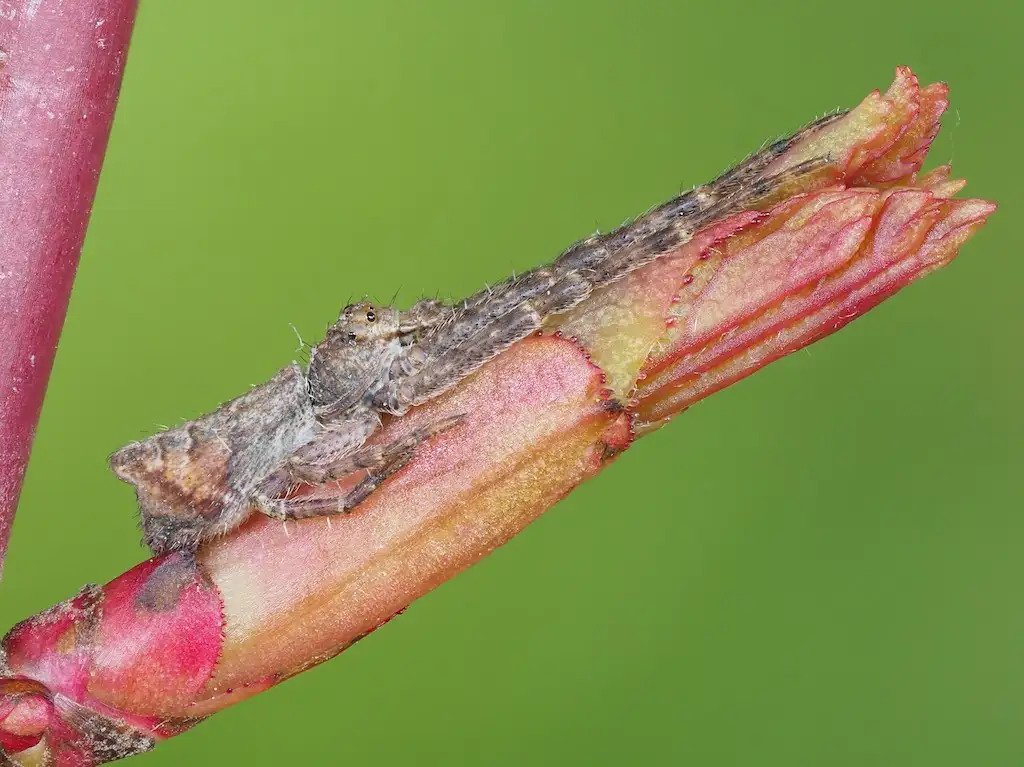 The BugLady was delighted to discover that the magnificent Tmarus marmoreus spider seen in Australia is, in fact, known as the Octopus crab spider.

It hunts by hanging upside down on a rope of silk with its front legs poised and ready and reading the air below.

Their knobby bodies are typically able to blend in effectively with bark and other vegetation, where they appear to be buds or broken twigs due to the way that they are camouflaged.

According to the Field Guide to the Spiders of California and the Pacific Coast States, these spiders "wait for an insect to wander between them with their forelegs along either side of a stem."

In the Kansas School Emporium's Checklist of Kansas Crab Spiders, it is stated that Tmarus spider crab species have been seen devouring ants, which is something that the majority of spiders avoid doing. 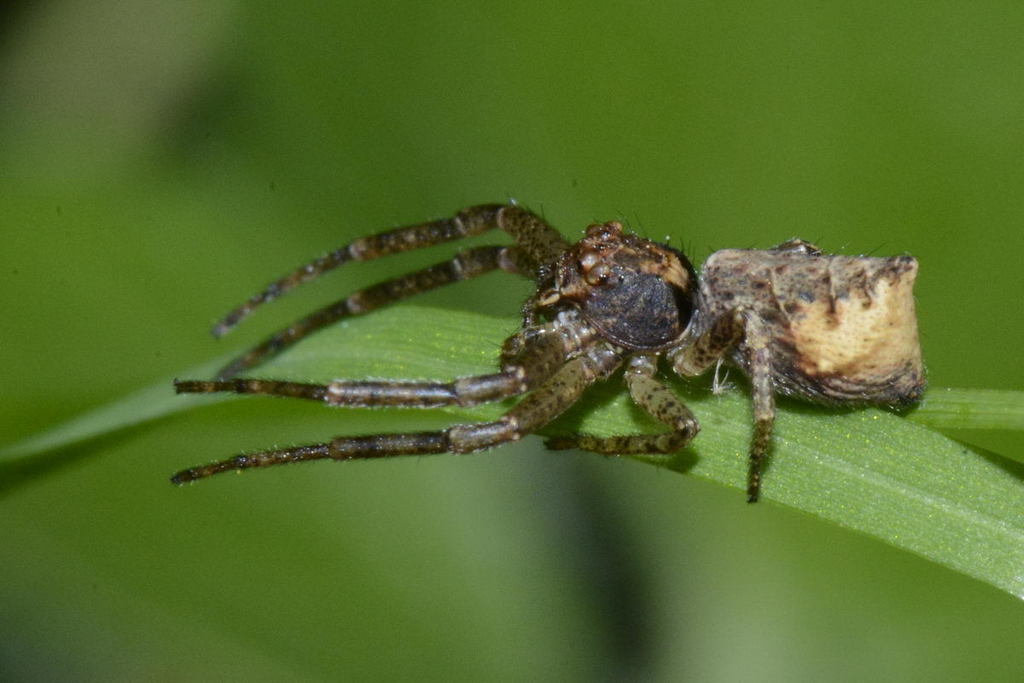 Where Is Tmarus Angulatus Sighted More?

Tmarus angulatus is most typically observed outdoors and throughout the month of October.

What Is The Geographic Range Of Tmarus Angulatus?

According to the information that has been gathered, the geographic range of the Tmarus angulatus comprises two different nations (Canada, and the United States) in addition to five states in the United States (Alabama, New Hampshire, New York, Ohio, Texas).

What Is The Sighting Month Of Tmarus Angulatus?

October is the sighting month of Tmarus Angulatus.

Have you ever seen Tmarus Angulatus, a stick-camouflaging crab spider before?

Have you heard about the six-eyed sand spider?