There Is A Special Torii Gate Made Of Speakers In Kamiyama, Tokushima Where You Can Listen To Music 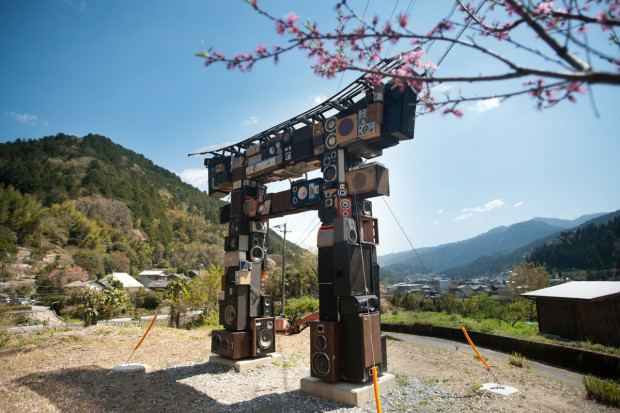 In Kamiyama, Tokushima, there is a torii gate made of speakers entirely. You can connect your phone and listen to whatever you want to hear. What song do you think you'd play?

What Does A Torii Gate Symbolize?

A torii (Japanese: 鳥居, [to. ɾi. I) is a traditional Japanese gate most typically found at the entrance to or within a Shinto shrine, where it metaphorically signifies the shift from the ordinary to the holy. 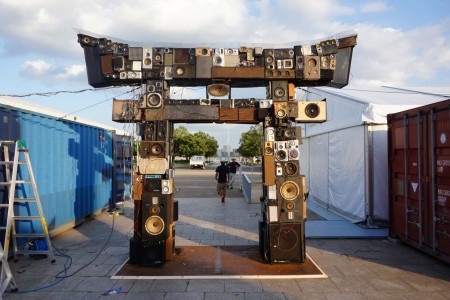 Tori Gate Made Of Speakers between blue, white, and brown colored containers

Benoît Maubrey made a traditional Japanese torii gate made of speakers and a slew of inputs for the Kobe Biennale, which took place in Kobe, Japan, in 2016. (Bluetooth, line-in, even an 8-track).

Passersby might connect to the torii by using microphones or mobile phones to create music or sounds, converse with one another over the microphones, or sing karaoke using the technology.

Later, the structure was moved to Kamiyama, where it is now.

Maubrey has created a number of similar artworks, and the following is what he has to say about his work:

"Artistically I use loudspeakers much in the same way that a sculptor uses clay or wood: as a modern medium to create monumental artworks with the added attraction that they can make the air vibrate around them and create a public 'hotspot'." 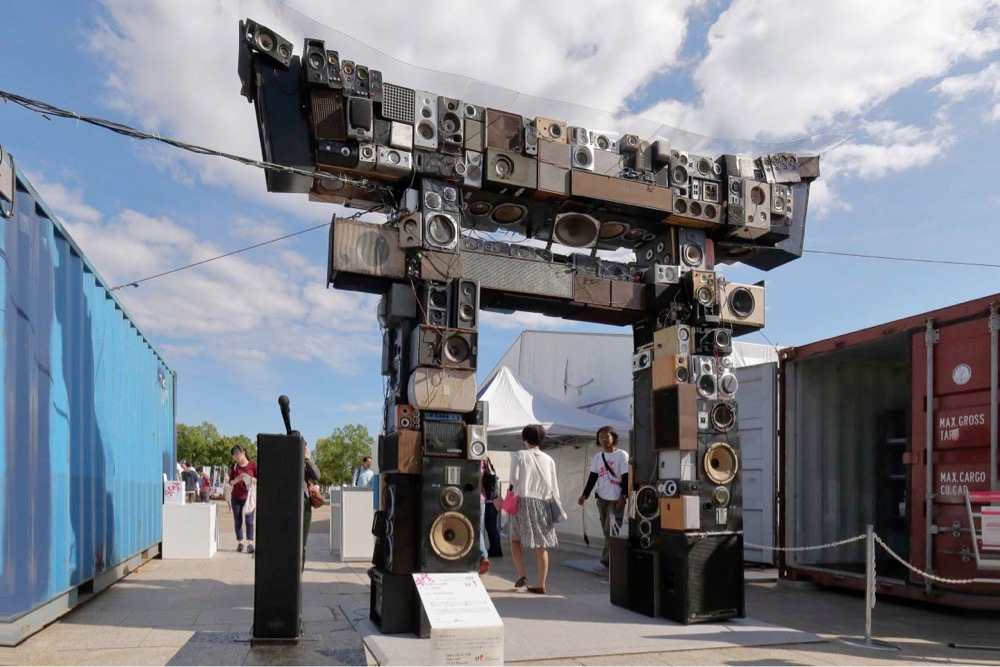 "The audio part of my sculptures is also site-specific and flexible: in all my work the sound level is controllable and the interactivity is regulated via a mixing board (a bell tower or pendulum clock also make sound).

Participation: according to the sculpture site and purpose my sculptures can be equipped with a microphone (self-expression), Bluetooth receivers (individuals can play their own tunes music), telephone answering machines (people can call and express themselves live), radio receivers (for low-level cosmic white noise that sound like whispering pines), and 'audio' Twitter that allows people to send phonic messages. In some cases, the whole system can be used as a PA system for announcements, concerts, open mike sessions, and DJ events."

Is It Disrespectful To Build A Torii?

A form of taboo, it was once forbidden to access the area behind the Torii. To enter the Torii with any impurity, whether spiritual or bodily, is not permitted. Stains, cuts, sores, and disease must also be avoided while entering the Torii.

Can You Walk Through A Torii Gate?

A torii gate serves as a demarcation line between sacred ground and the rest of the world. The proper method to enter the torii gate is to bow once in front of it, which is something that is not always practiced. In most cases, it is not normal to walk straight through the gate in the precise center. Walk a little to the left or right of the main walkway to get a feel for the area. 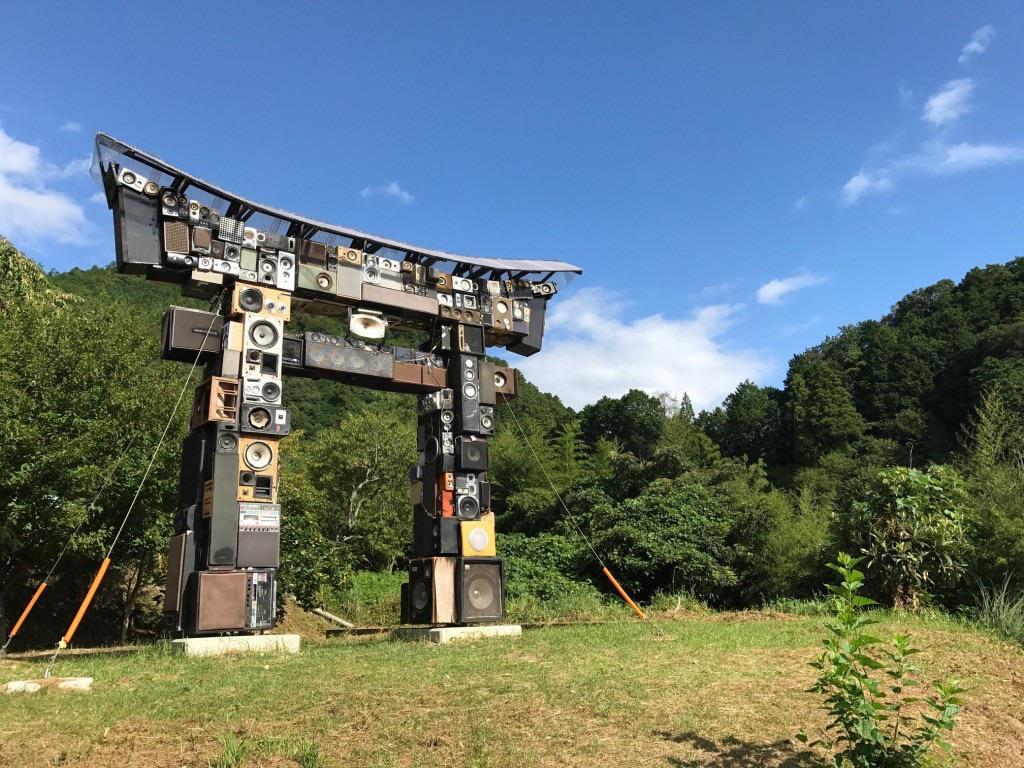 Torii gates were traditionally made of wood or stone, but they can now be made of a variety of materials including reinforced concrete, copper, stainless steel, and other metals and alloys. They are typically either left unpainted or painted vermilion with a black upper lintel on the inside.

But now torii gate made of speakers is the game-changer. People are really appreciating this karaoke torii and sharing their experiences on social media. What is your reaction to this? Do let us know.