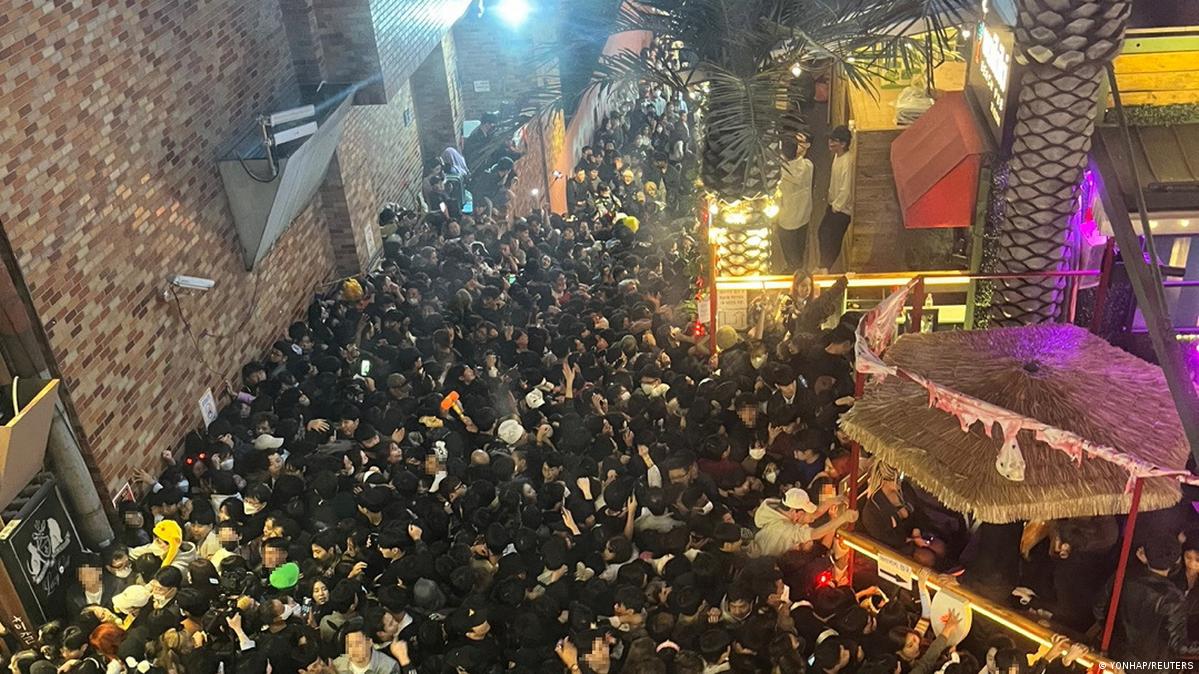 The entire globe mourns the historic and devastating Halloween Crush in South Korea, which killed 149 people and injured another 150 on October 29. Here is the latest headline related to this tragedy: Two ex-cops in Seoul arrested over historical and Deadly Halloween crush. According to the news report, the former police officers were charged with destroying documents related to the deadly Seoul crowd crush on Halloween.

In connection with an ongoing investigation into the disaster that claimed 158 lives in October, former intelligence agents Park Sung-min of the Seoul Metropolitan Government and Kim Jin-ho of the Yongsan Police have been taken into custody. They allegedly gave their subordinates the order to trash a report that discussed how dangerous it could be for a big crowd to gather in Itaewon for Halloween parties.

Due to how they handled the Itaewon event, the two cops were previously fired from their positions in November. Prosecutors now have 10 days to bring charges under the provisions of the arrest warrants for the couple that were issued by a Seoul court on Monday. Most of the people who died in the Halloween Crush on October 29 were young adults and teenagers.

They were among the tens of thousands of people who went to a Halloween party in Seoul's Itaewon district. As the narrow streets filled up, many people got stuck. Survivors and witnesses said that there weren't many police around to control the crowd until it was too late.

Following that, the court also rejected the requests for arrest warrants for the former station chief and Yongsan Police officer Lee Im-Jae and the former emergency monitoring officer Song Byung-Joo. Regarding the crowd crush that resulted in fatalities and injuries, both are suspected of professional carelessness. The warrants against Lee and Song were thrown out because there was a small chance they would destroy evidence or run away. They are still being looked into, though.

A special police team was established to investigate what went wrong after the disaster, and officers raided police stations and offices all throughout the capital to gather internal police reports and records of emergency calls. These call logs show that the police got at least 11 increasingly urgent calls for help controlling crowds and then saving people.

At least four hours before the catastrophe took place, the first calls started to come in. Since then, both local and national leaders have had to deal with growing public anger and calls for answers. Some people have even called for President Yoon Suk Yeol to be fired because of the tragedy. At a news conference on November 22, the mother of a 29-year-old victim said:

I'm desperately asking the politicians of this country. If you're serious about the pain of the bereaved, you need to become honest. You need to conduct a proper investigation and apologize to our children

Survivors Of The Itaewon Halloween Crowd

In a series of popular TikTok videos, a survivor of the Halloween crowd crush in Korea described the night that resulted in more than 150 fatalities and numerous hospitalizations for major injuries. On October 29, a fatal crowd rush occurred in Itaewon, a party area in downtown Seoul. At the time, Korean Australian Miri Doe was en route to celebrate the holiday.

She remembered in videos posted on TikTok and filmed from a hospital bed:

I was getting stepped on my head and my chest and the pain was unbearable, that's when I started screaming, 'Please don’t step on me.'

This woman remembered the events of that terrible night and the moment she thought she was going to die. "I don’t know how I am still alive today," Doe said. She suffered serious kidney and liver damage, broken ribs, and burns as a result of the tragedy.

The crowds that night were "wild" and "out of control." She was dragged into the crowd and separated from her two friends, both of whom died in the crush.

I really don't know how I survived while my friends couldn't make it that night and I am genuinely upset and angry that I couldn't help them, that I couldn't protect them, either.

Doe and her pals, like most of the other young people there, were looking to have a good time, but, as many told, "tragedy" struck in an unexpected manner. Later on, Doe celebrated being released from the hospital after nearly a month of medical treatment on Instagram with a post about enjoying the outdoors.

We pray that this catastrophe will not occur again. South Korea will undoubtedly recall and commemorate the "Deadly Halloween Crush" in history when the date falls on October 29 next year.