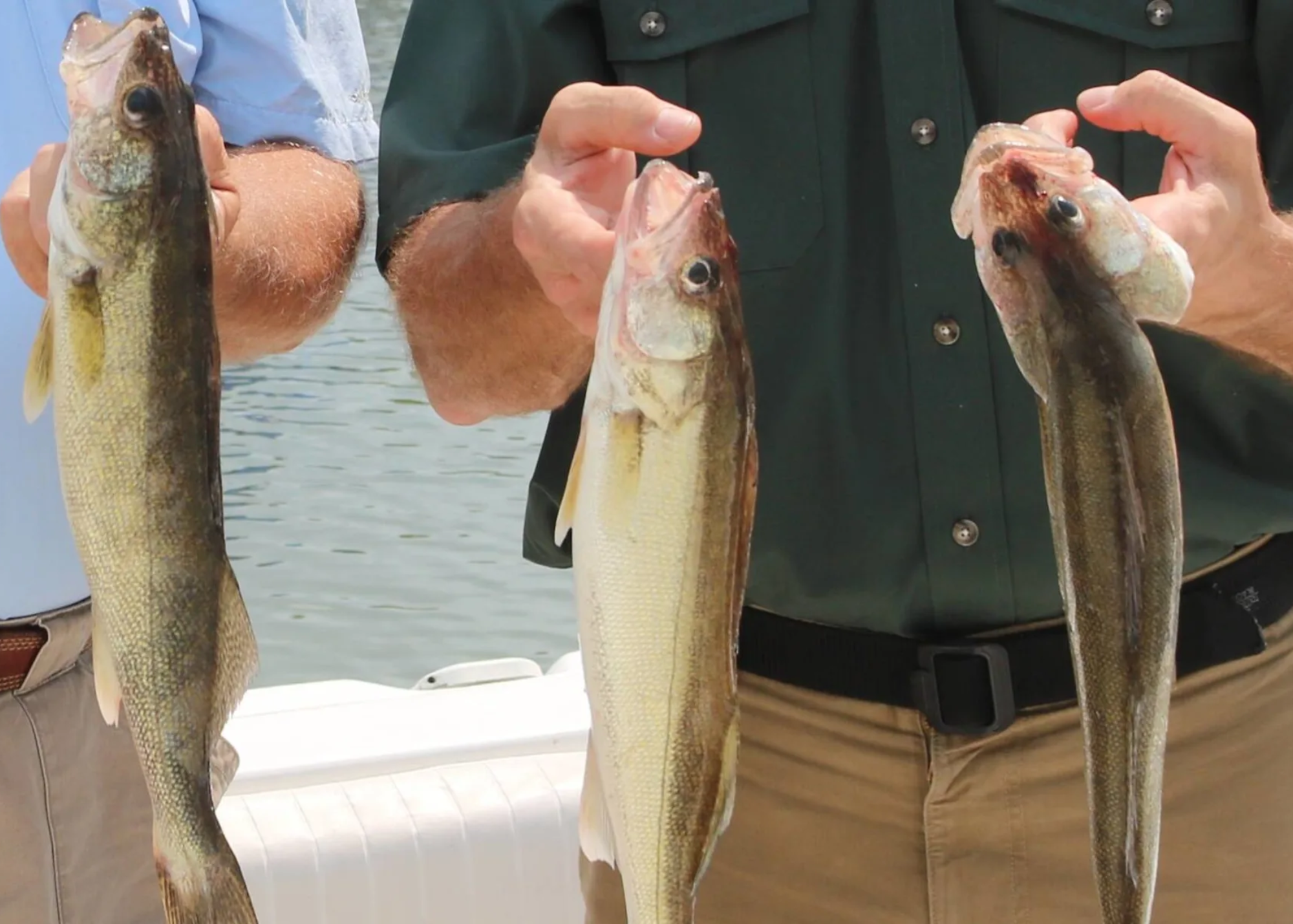 There seems to be something fishy going on! Recently, the two men faced criminal charges during the Lake Erie Fishing Tournament. A report by Mark Gillispie of the Associated Press said that the two men were Jacob Runyan and Chase Cominski. They were arrested and charged with felony cheating, attempted grand theft, and possession of criminal tools, as well as misdemeanor counts of illegally owning wild animals.

Runyan and Cominski participated in the Lake Erie Walleye Trail competition in Cleveland on September 30. The competition pitted teams against one another to see who could catch five of the heaviest walleye fish in Lake Erie. Participants came from a number of nearby states.

However, the tournament director named Jason Fischer on the Lake Erie Walleye Trail suspected them of cheating. When he dissected and cut the fish caught by Runyan and Cominski, the director was shocked when he saw them stuffing fish with lead weights and fillets.

The two men facing criminal charges during the Lake Erie fishing tournament have seen a motive to win the tournament and take home a $28,760 prize using cheating and dirty tactics.

According to Fischer, the walleye presented to the competition's organizers weighed more than a typical fish of that size. An on-site dissection and a close examination of the fish revealed that they had been unlawfully stuffed. The professional angler, Ross Robertson, gave a comment about the controversy facing two men.

It would be like saying a five-foot-tall person weighs 500 pounds, but you look at him and he looks like an athlete. These fish were so bulging.

The fish were taken as criminal evidence by the Ohio Department of Natural Resources, and the anglers were disqualified from the competition. Runyan and Cominski haven't responded to the accusations or charges.

Cuyahoga County Prosecutor Michael O’Malley said in a statement: "I take all crime very seriously and I believe what these two individuals attempted to do was not only dishonorable but also criminal."

"From what I have heard these two guys have won somewhere up into the neighborhood of 1 Million dollars in tournaments over the years. Not sure what a fitting punishment would be however the inability to obtain a fishing license anywhere on the planet should top the list," said by a YouTube user.

Meanwhile, Joel Moore commented about the cheating during the competition: "Big props for the winners of local contests. Small town celebrity within the community, those cheats definitely caught some big trouble at the local bar after this."

A YouTube user named Cutlass Supreme express her disappointment to the two men who found out cheated in the contest: A user said in a comment:

If this would have happened 30-40 years ago without cell phones recording and no police there, these two guys would have been sent to the hospital. I’ve been in quite a few bass tournaments back in the day and some of the guys that I have met that competed with me ever saw this behavior; wouldn’t have let these guys walk to their cars on two legs. These cheaters are lucky.

Fisher, the tournament director bravely answers the question: "Why don’t we hear or read lots of stories on cheating in fishing tournaments?" The following are his statements. Fisher said that the organizers of tournaments work hard to hide any signs of cheating because they know it makes the whole industry look bad.

People know that fishermen who cheat at big tournaments are quietly kicked out, and other tournament directors will blackball them from the sport. Fischer is well-respected as the director of the LEWT, especially since he caught the cheaters in the end, even though it took a long time.

Fischer publicly apologized to the LEWT fishing family, which is a close-knit group, for not getting the job done sooner. He was praised for working hard to find out more about the pair.

Even though few Lake Erie walleye anglers would be able to pass a polygraph test, those who win the tournament are still required to do so. After winning the Fall Brawl in 2021, Runyon was subjected to a polygraph exam, which he subsequently failed. Cominsky was able to pass his exam because of how well he did at the Walleye Slam last year, where he won a $125,000 boat.

He said: "That’s so unlikely with big fields of top-notch fishermen competing. They said they were just good fishermen, though there were rumors of their cheating ways in Pennsylvania and New York."

It's possible that no one else knew how to insert the sinkers or how to prevent them from rattling by padding them with walleye flesh or devised strategies to influence the results of the lie detector tests. The five walleye Runyan weighed in on Friday were much too small to tip the scales at 33 pounds or more, despite the fact that Fischer had undoubtedly never heard of such a trick as adding weights to the catch. Fischer was a tournament fisherman.

Rodger Riggs, who has been fishing in Cleveland walleye tournaments for a long time, feels bad about the two men who cheated. He said:

"It hurt my soul to see that. I was out there competing with a young guy, just 14, and we’d had a rough day. Wind, big waves and running 27 miles offshore to look for big walleye was difficult. The boy’s father was at the weigh-in, so I sent them over to the stage for the free hot dogs and beverages, and they saw the ruckus. The kid was thrown into the mosh pit."

The prosecutor claimed that the two men were immediately disqualified and told to leave the competition. Runyan and Cominsky would have taken home a total prize of more than $28,000 if they had won this competition. Pennsylvania law enforcement also impounded Cominsky's boat and trailer earlier this week.

"Why do so many people choose to cheat, especially in a competition?" you may wonder. According to one survey, the most common reason for cheating is a lack of preparation. Others are compelled by a competitive environment or others' high expectations. Whatever the reason, cheating is bad and will only make you look bad and ruin your reputation.