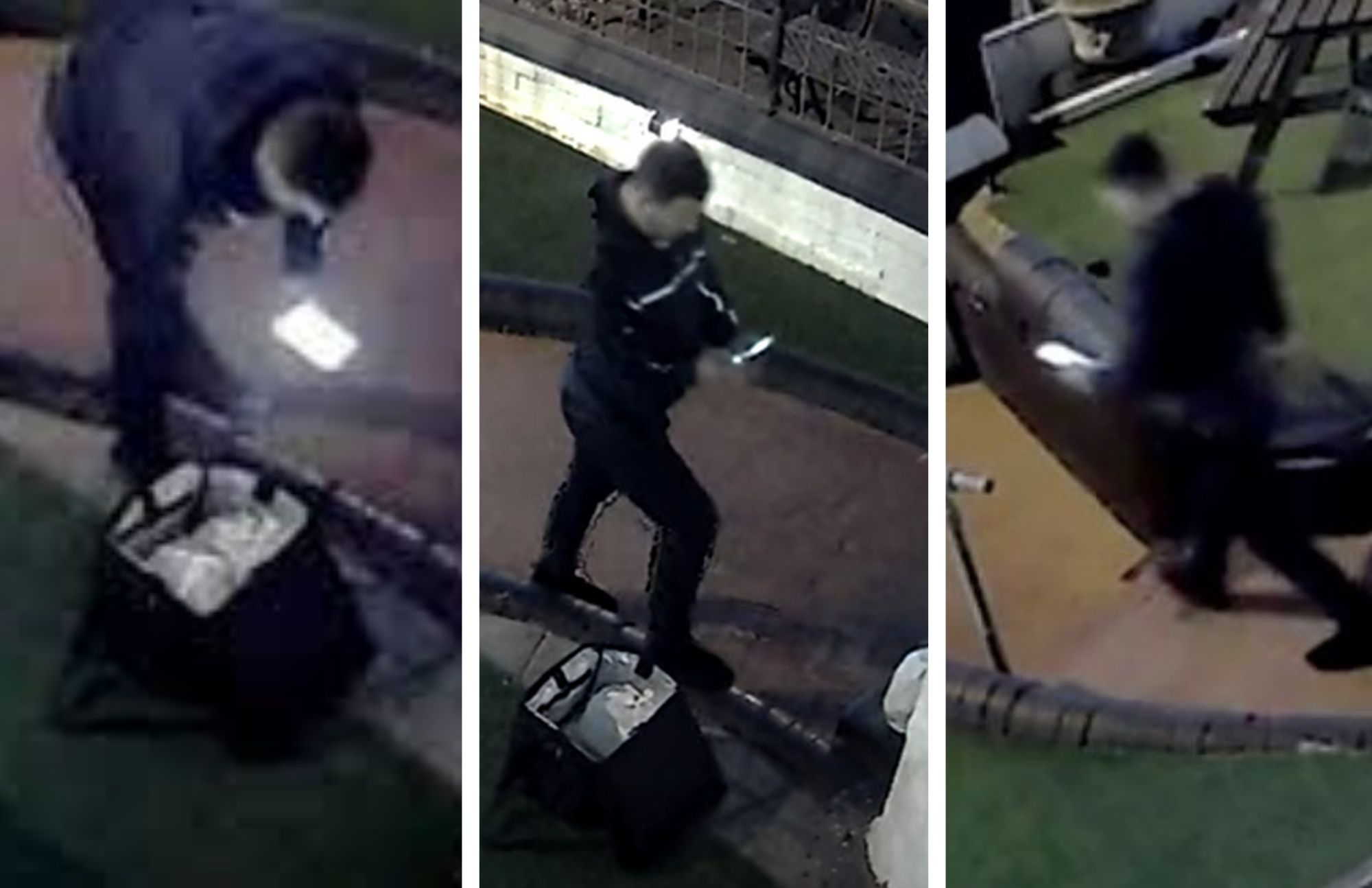 UberEats food rider - Because of the pandemic, people have a hard time getting to stores to buy food and other things. That's why people are looking for people to deliver food right now. Food delivery, like any other job, is difficult. Because of their hardworking spirit, food drivers need to be praised and commended. However, not every food delivery driver deserves praise; instead, some require discipline and a warning.

This happened to a customer named Jon Cawdron who ordered a Chinese meal worth £39 or 48.31 USD from Lucky House Chinese via UberEats.

In the CCTV footage included in this article, an UberEats driver is shown carrying a white plastic bag containing ordered Chinese food to a Cawdron doorway before walking away with it.

What Jon Observed From The Footage

After that, he got a notification informing him that his dinner had been delivered, despite the fact that he hadn't heard anyone knock on the door.

Following this, Jon made the decision to call the takeaway, who referred him back to Uber Eats.

But at that point, he decided to check his CCTV footage to make sure that one of his guests hadn't accidentally taken the food.

He was astounded by what he saw in the video.

A meal rider from UberEats leaves a bag of food at the front door. Then he takes a picture with his phone to show that it was delivered in the app.

Following that, the food rider will take up the meal, place it in its black carrying bag, and walk away with it.

He made the decision to upload the surveillance video to his channel on YouTube, which is called JC Photography.

In the video above, he narrates over the tape, claiming that "This is why you should never order from Uber Eats."

"You're about to watch some shocking footage. Keep an eye on my Uber Eats delivery driver. He has bought me two bags of Chinese food for the family. Instead of getting the second bag out, he is putting my food back into his bag."

At 9:24 p.m., the app reported that Jon's order had been "finished," which was just a little more than five minutes after the driver had been seen on Jon's CCTV.

At no point did he ring my doorbell, or knock on the door. When I received a notification saying my food had been delivered I rang the takeaway first. They said they only make the food and I will need to contact Uber Eats by phone and she gave me the number. When I rang them they just tried making out I was lying and they had evidence and I wouldn't be getting a refund. It was only after the evidence that I checked CCTV, thinking one of my guests had taken it.

After he had shown the film to the staff at the local takeaway establishment, Lucky House, where he had purchased his food, he went there to see if there was anything else the establishment could do to solve the problem.

On this matter, UberEats spokesperson said about the incident happened:

I can confirm we have refunded Jon in full and are investigating this report. Couriers working with us are expected to follow strict community guidelines on delivering orders and what has been described as totally unacceptable.

Not only Jon show frustration about the dishonest food driver but also the online community as well. Here are some of the comments they post regarding the UberEats driver scam.

KingBlueSlims expressed: "I work for Uber as a delivery driver. Disappointing to see this idiot acting this way, but like with every workplace and company, there are always a few that slip through the net. On certain orders, Uber ask for a PIN code from the customer upon delivery which needs to be inputted into the delivery driver's phone. If that was for every order we would not have these issues. I hope Uber sort you some compensation, all the best chap."

Ra Jib8 mentioned: This driver should be banned from every platforms.

Miss T N said: "That's disgusting! I wouldn't even trust them to not spit in our food at this point...and I actually do inspect my food when I have it delivered if I don't tip online as I prefer to do it face to face and judging by how the exchange goes. The freaking audacity!"

Dan Coulson sympathized to Jon by saying: "Just saw this on black belt barrister's channel. I knew that uber eats had bad reviews, but I never knew it was this bad. I'll certainly never be using them in the future. I'm glad you got your money back. But considering they called you a liar, I'd be wanting to do much more in retaliation to them."

80% of the orders I take from Uber eats arrive an hour and a half after leaving the restaurant or are damaged. The driver rental service has also deteriorated a lot compared to the past. It happened to me that the drivers choose longer routes and lengthen the ride to apply price increases to the ride.

Moreover, Rowan said: "This has thankfully never happened to me. but to be fair, I don’t live in the UK. in my country (or at least this one service) they have to call you and say that they’re there with the food, so you can go and pick it up directly from the person."

"That's how it should be, but as you see this person made no attempt to contact me, he never even touched the door/doorbell." Jon Cawdron replied to rowan comment.

Lastly, Cawdron admits that he is also interesting to hear the other side of the story and waiting for an apology. 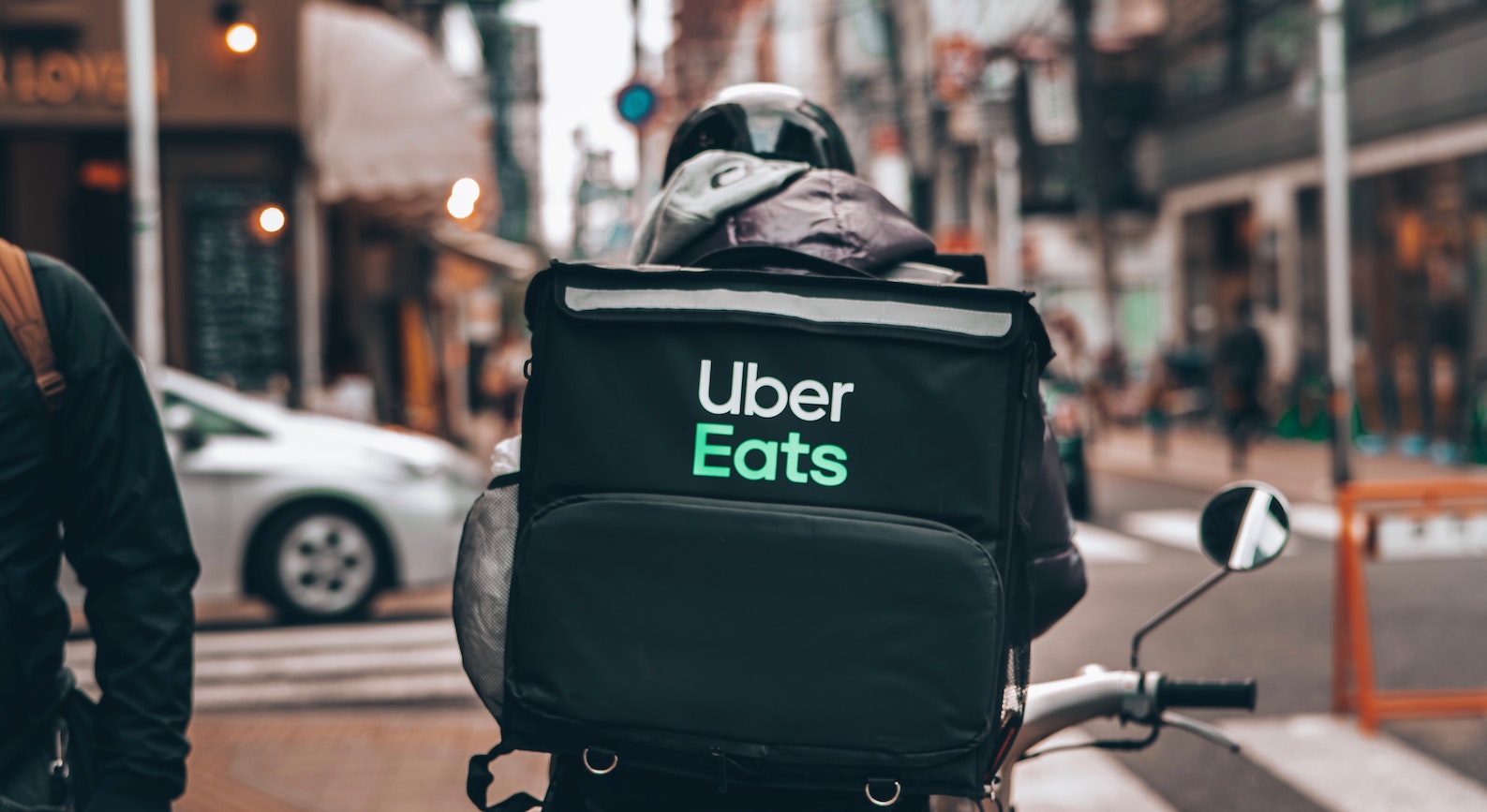 Launched in 2014, Uber Eats is an online platform for the ordering and delivery of meals that was developed by Uber.

The users can use a web browser or an application for iOS or Android to read menus, reviews, and ratings, place orders, and pay for food from participating restaurants.

The applications are available for download from the app stores. Users also have the ability to leave tips for delivery drivers.

More thorough instructions can be found in this video. If you can't find your tablet login credentials, you may either call or text 1-833-275-3287 or contact restaurants@uber.com for assistance, or you can search them up or reset them yourself in Uber Eats Manager's Users tab.

The number of Americans ordering food and other groceries via apps is predicted to increase from 27.9 million to 30.4 million by 2022.

Almost all of the top-performing restaurants featured mobile order-ahead and loyalty rewards programs, or a mix of the two. Digital ordering now accounts for 28% of all orders.

This means that many people may be exposed to what Jon's encountered. Before placing orders online, people should learn more about what they need to know.

If you want to prevent a situation like Jon, you should only order meals online from websites you know and trust. You should always check the URL before placing an order, even if you think you are on a trusted website.

What Does Uber Eats Charge For Delivery?

The delivery price for Uber Eats normally goes from $0.49 all the way up to $7.99. The distance between the restaurant and the couriers makes a difference, as does the availability of couriers. The delivery charge is subject to an increase whenever there is a great demand for orders. The delivery price will be reduced for establishments that are closer to the customer.

How Much Should You Tip Uber Eats?

When it comes to tipping your Uber Eats driver, a decent rule of thumb to follow is to offer them at least a few dollars (18-20 percent of your food purchase) as a starting tip, and then add additional money for any other services they provide.

How Do Uber Eats Drivers Get Paid?

Instant payment will be given. When you work as a driver for Uber Eats, your earnings will be deposited into your bank account on a weekly basis. This will happen automatically. You can even use the Instant Salary feature to withdraw up to five times the amount of your pay per day. You are able to view the total amount that you will be paid to deliver an order before you accept the order for delivery.

What Problems Do People Face Regarding Food Delivery?

Late deliveries, incorrect orders being delivered, orders not being delivered at all, harsh customer service, cold food being delivered, and the driver having a lot of direction to find the delivery location were some of the primary issues reported by the customers questioned.

Can I Keep Food Delivered To Me By Mistake?

It's called "unsolicited good" when a corporation sends you something you didn't order. You have every right to keep them in these situations. If you receive things that you did not request, you are under no duty to return them or pay for them.

Thank you for reading this article about the UberEats food driver incident. The author hopes you find this post helpful to those who are ordering food online.