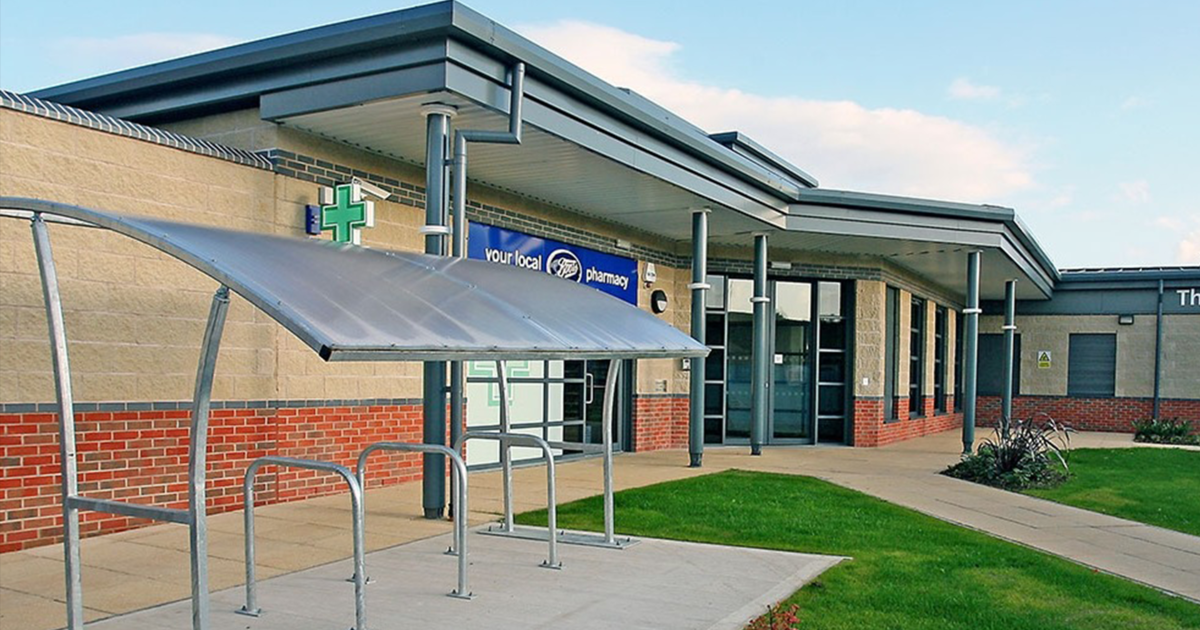 UK medical center texts patients they have 'aggressive lung cancer' instead of happy Christmas. A medical clinic in England wanted to send "very merry Christmas" messages to its patients through text.

Instead, the bulk text told people they had "aggressive lung cancer" that had spread and asked them to fill out a form for dying patients.

On Christmas Eve, Carl Chegwin was watching The Santa Clause get into the holiday spirit when, according to him, his U.K. doctor's office texted him to inform him that he had "aggressive lung cancer."

He waited there in disbelief until he could show his mother the SMS, who had also gotten it from an "NHS-NoReply" number.

The National Health Service England (NHS) covers general practitioner services at the Askern Medical Practice in Doncaster, which is where Chegwin and his mother go to the doctor.

One of the patients who got the SMS, according to Carl Chegwin's statement to the BBC, was his mother.

The first thing I thought was, 'is this some kind of sick joke? It completely took me by surprise. ... They've just told people a few days before Christmas they've got terminal lung cancer. They can't do that.

He started to doubt the text after finding he wasn't the only one to receive it, wondering if it was "some sort of twisted prank."

After around 20 minutes, the "Please accept our sincere apologies for the previous text" message was sent. "This has been sent in error. Our message to you should have read We wish you a very merry Christmas and a Happy New Year."

Chegwin claimed that in the roughly 30 years he had been a patient, he had never gotten a note from Askern Medical Practice wishing him a happy holiday.

To me, that apology, it's not even an apology. It's kind of an arrogant, nonchalant, handwaving.

UK medical center texts patients they have 'aggressive lung cancer' instead of happy Christmas. In the initial message that gave them a bogus diagnosis of terminal lung cancer, patients were prompted to complete a DS1500 form, which enables those with terminal illnesses to make certain benefit claims. 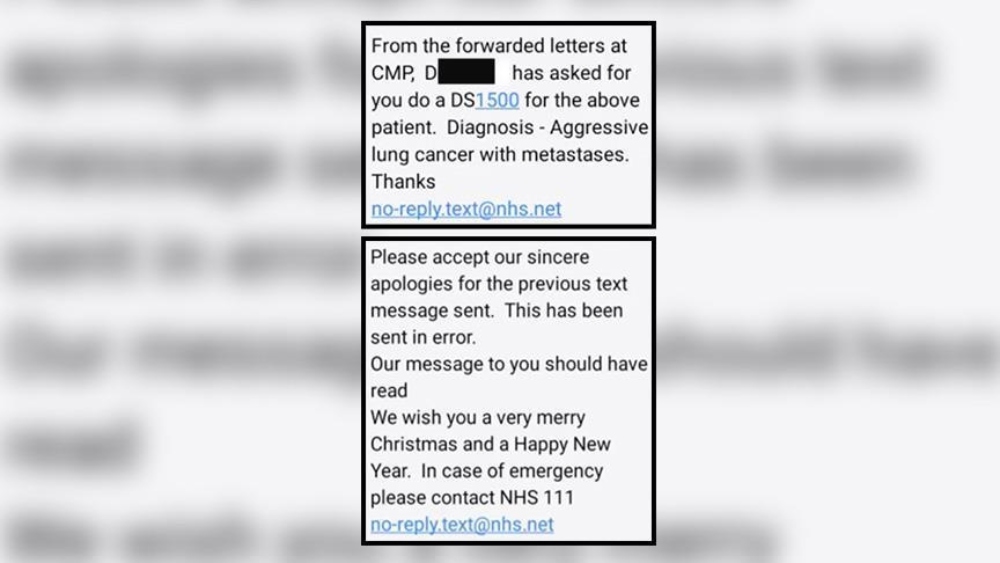 While Chegwin and his mother weren't anticipating a cancer test result, others who got the same letter were. The number of recipients of the SMS messages is unclear.

After this episode, Chegwin declared he wouldn't be joining the practice again. He declared, "That kind of thing breaks people and drives people to despair."

Since the text messages from the practice on December 24, according to Chegwin, he has not heard from them again. The mass text was issued on December 23 by Askern Medical Practice in Doncaster.

According to another U.K. hospital system, the form DS1500, which the practice claims the doctor ordered the patient to complete, is intended for patients who are terminally ill and want to apply for benefits. The text also tells the recipients that they have "aggressive lung cancer with metastases."

Patients were urged to accept the center's "sincere apologies" in a subsequent communication. "This has been sent in error," it states. "Our message to you should have read We wish you a very merry Christmas and a Happy New Year."

The facility houses about 8,000 patients. It has not made any public statements regarding the incident. In the practice's most recent press release, published in September, it was noted that patients had "great feedback regarding telephone consultations."

Another woman, who requested anonymity, told that the SMS caused her "extreme worry" because several members of her family had recently had tests for chest problems. She observed a number of other people trembling in response to the message.

"I rang the doctors but on hold as usual. So I walked round as I live around the corner and there were, I'd say, six people all there panicking as they had got the same text," she said.

The United Kingdom's National Health Service, which is in charge of managing publicly financed healthcare, has also made no comments on the matter.

"Be kind to yourself if you are grieving", along with advice on how to handle grief during the holidays, were tweets from the service on the same day the texts were sent out.

"What if the message was meant for someone, and then they are told it's a Christmas message, then again told, 'oh no, that was actually meant for you,'" Chegwin said. "If it's one of their admins that's sent out a mass text, I wouldn't be trusting them to empty the bins."

This is also a weird case of medical blunders you should see.

Compared to other college students, Morgan Gleason has a lot more familiarity with the healthcare system. Nine years ago, she was diagnosed with Juvenile Dermatomyositis, a rare autoimmune disease that causes skin rashes and weak muscles.

Gleason visits numerous medical professionals, like many people with chronic diseases. So she and her mother, Amy, who works for CareSync, a firm that provides health IT services, always remember to ask for her medical records following a visit so they can keep a copy of all of her documents in one location. 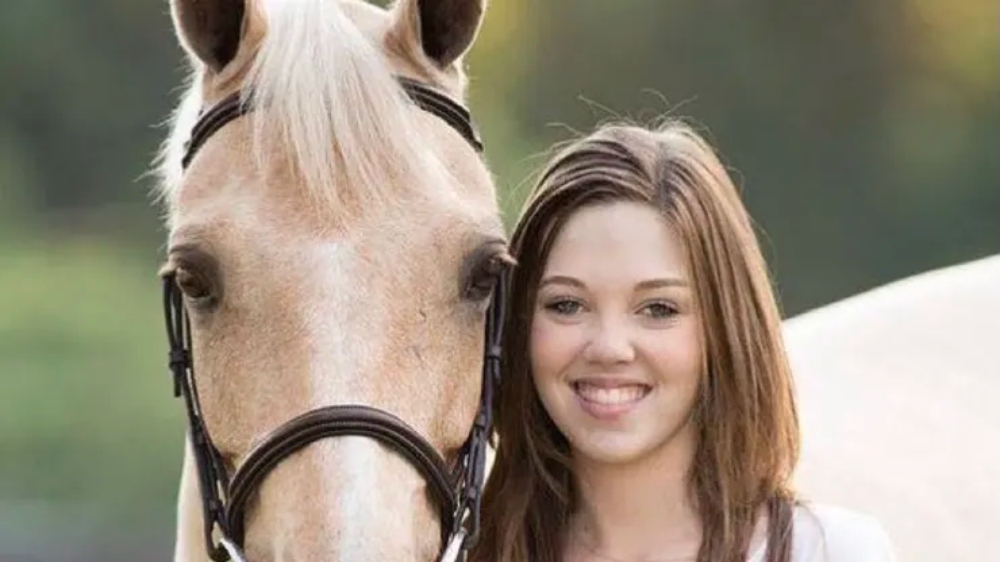 Morgan Gleason with a horse

After visiting a women's health center in Florida two years prior, Gleason asked for her records. She was shocked to discover a note in the record stating that she had two children. One appeared to be still alive, while the other had passed away soon after giving birth.

The dates that needed to line up, according to the chart she gave CNBC, meant that Gleason would have delivered her first child at age 13. In actuality, Gleason had never given birth.

What Are The Top 5 Most Common Medical Errors?

What Is The Most Common Error In The Hospital?

Some of the most frequent types of medical mistakes are misdiagnosis, failure to diagnose, and delayed diagnosis.

What Are Three Examples Of Poor Documentation Practices In Patient Records?

What Are The Ways To Prevent Medical Errors?

UK medical center texts patients they have 'aggressive lung cancer' instead of happy Christmas. Reports say that on Friday, December 23, 2022, Askern Medical Practice made the mistake of telling patients that they had metastatic cancer.