Ullu Web Series Name List That Are Worth Watching Online 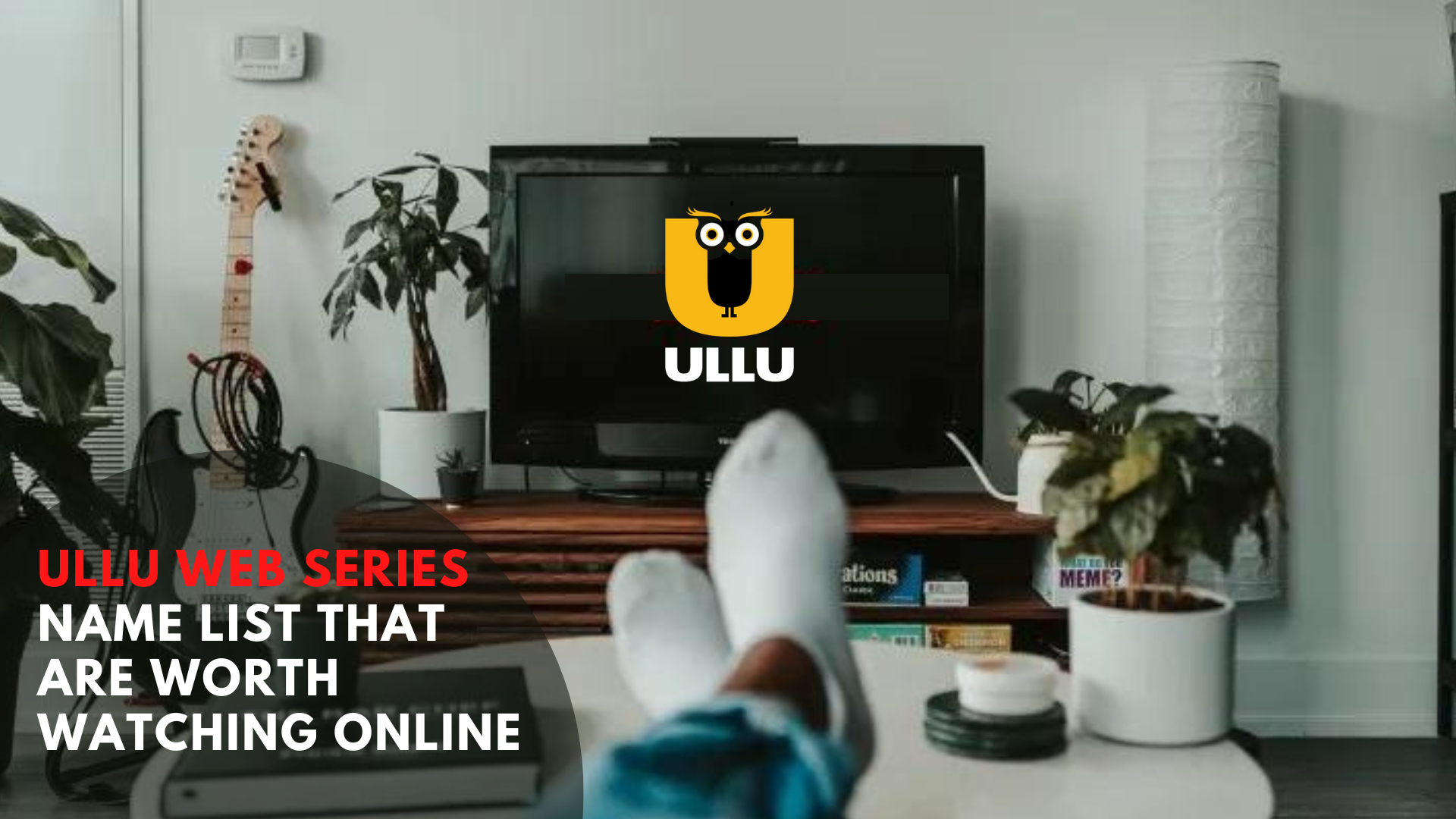 Ullu is rapidly becoming India's most streamed OTT platform. And each new episode manages to break the previous one's record.

Now, you might be thinking what are some of the Ullu web series name list that are worth watching online? No worries as we got you covered.

In this article, we will cover everything you need to know about Ullu, which includes its background, ways to watch series, and of course its web series options.

An Overview Of The Ullu Platform 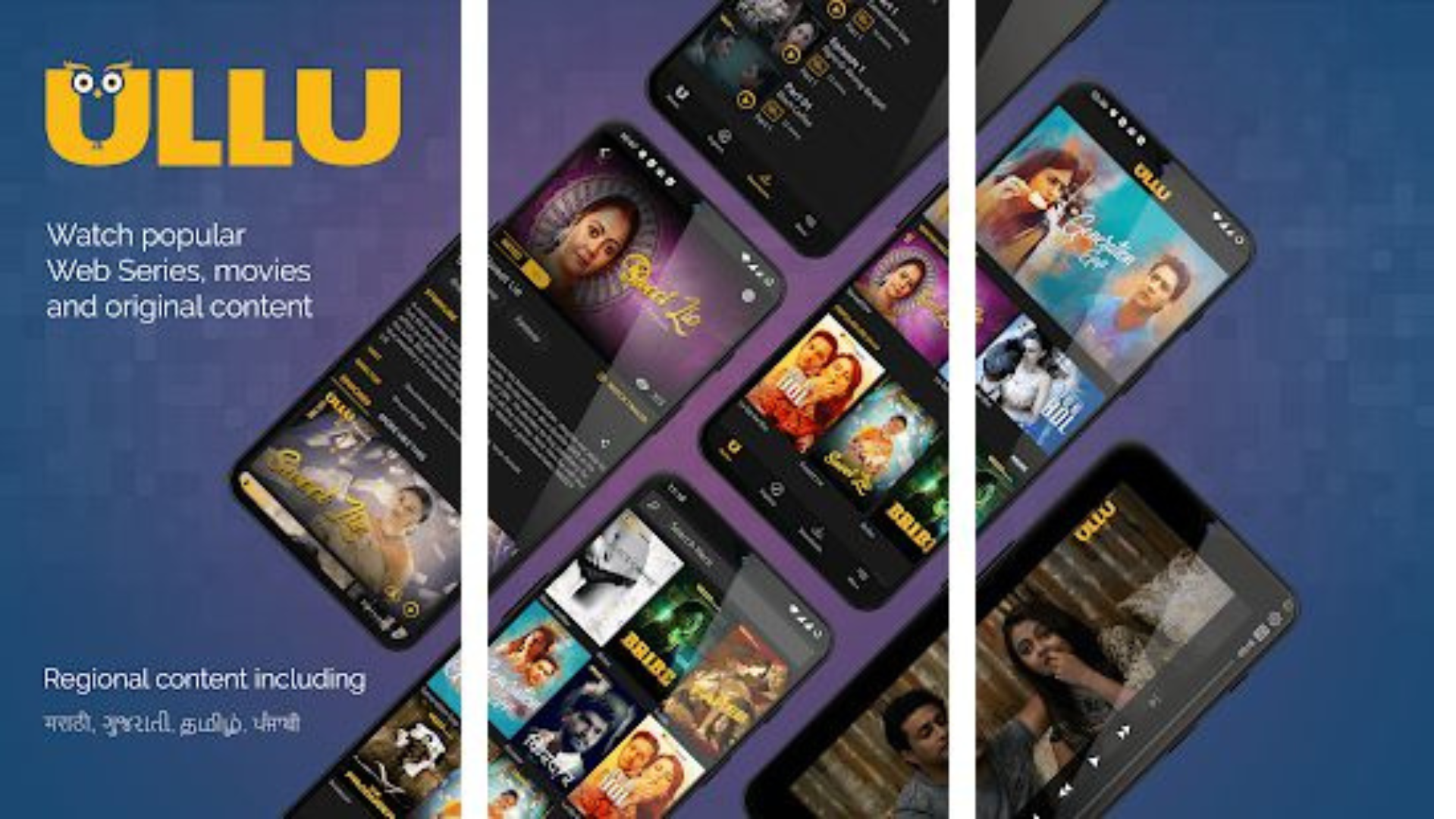 Movies and web series have become popular forms of entertainment in recent years. Ullu plays an important role in increasing entertainment because it has evolved into a platform that offers something new every month.

Ullu's adult web series is inexpensive because it is not as popular as other platforms such as Netflix, Amazon Prime, Hotstar, and so on. There are, however, many web series on Ullu that you can fall in love with.

That is why everyone is curious about the Ullu web series name list available in the future. Ullu provides web series in a wide range of genres, including drama, romance, horror, suspense, and thriller, as well as comedy and others.

Adult web series account for half of the content on the platform. So keep that in mind as you watch it. But that isn't the only thing that Ullu produces. Following the revision of the censorship law, Ullu has added a new feature to the app.

They've added a family-friendly mode. When you enable that mode, it hides all adult web series and only displays web series that you can watch.

On this platform, you can binge-watch movies, web series Ullu Originals, and other content in your regional language, such as Hindi. 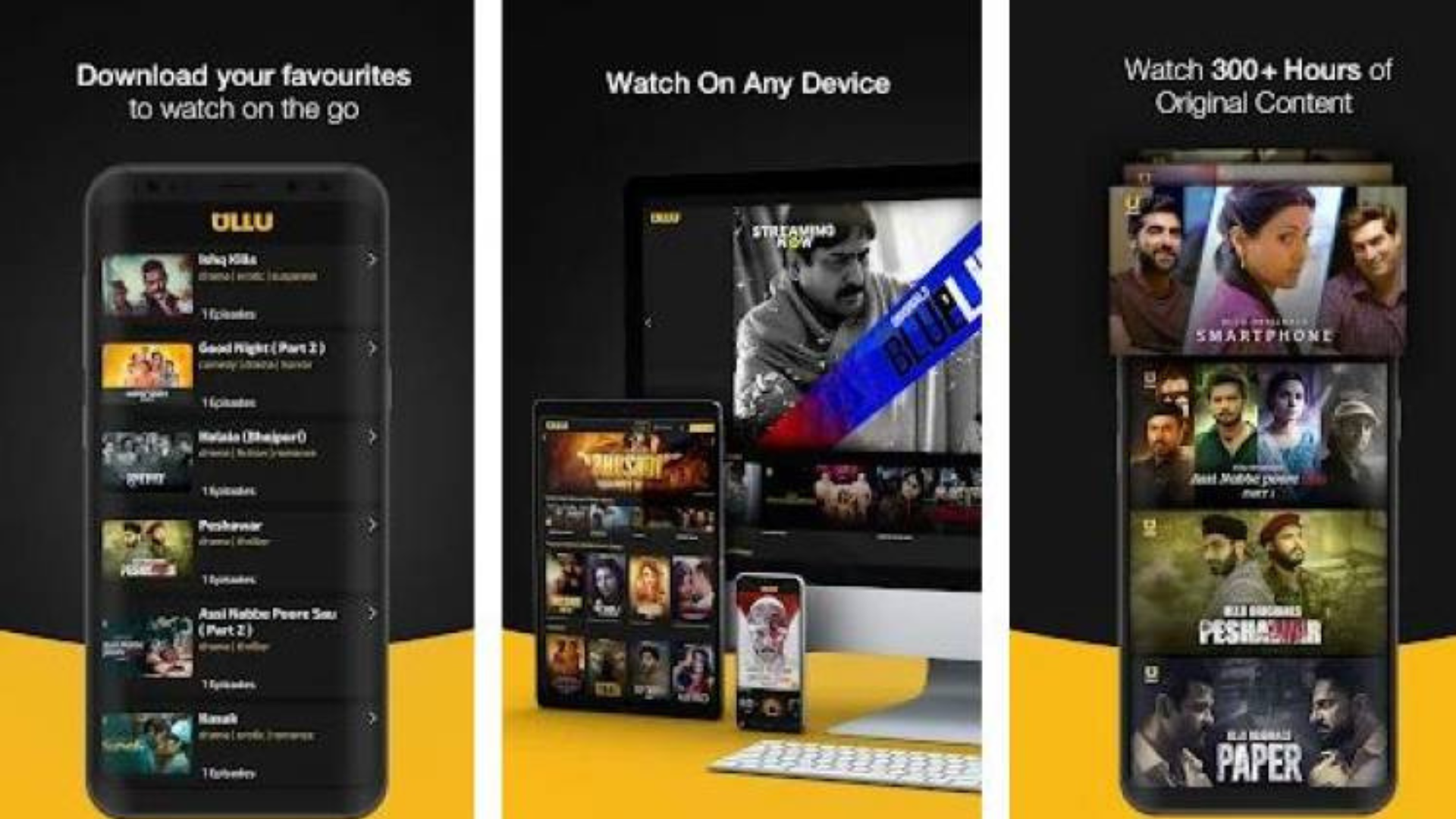 Phones, tablet and monitor showing Ullu app on its screen

You can easily watch Ullu online. Ullu is currently one of the cheapest OTT platforms in India. And getting a subscription is simple. We'll walk you through the process step by step.

Ullu is known for its daring and A-rated content, as well as riveting storylines. It is relatively new, but it has quickly gained popularity.

But it appears that Ullu is experimenting with something new. Rather than focusing on true adult-type shows, they are producing more family-friendly shows with fewer explicit scenes. Continue reading for the Ullu Web Series name list.

The Bull Of Dalal Street

"The Bull of Dalal Street," a popular drama web series, is based on the real-life experiences of an Indian stockbroker named "Harshad Mehta." Essentially, it tells the story of his rise from poverty to riches and how he came to rule the stock market, or how he came to be known as Dalal Street's strongest bull.

This web series depicts the largest stock market fraud committed by the share market's kings, including Harshad Mehta, in 1992. It depicts Harshad Mehta in two different ways. In one shade, you can see a struggling Harshal Mehra who will do anything to survive. The wealthy Harshal Mehra will appear in a different light.

Overall, it's a fantastic glitzy web series. If you enjoy learning about the stock market, you should definitely watch this web series.

One of Ullu TV's most controversial and popular web series. As the name implies, this series strongly advocated against social issues such as "Triple Talaq" and "Halala" rituals.

"Halala" is a Muslim custom in which a woman obtains a triple talaq divorce from a man, marries another man, has a child with him, and then obtains a second divorce in order to remarry her first husband.

This Halala Ritual-based web series tells the story of Afza, a woman who is happily married to Rahil. Both of them are madly in love, but when Rahil triple talaqs Afza in rage, their marriage takes an unexpected turn.

This television show combines romance, drama, and struggle. Also, if you enjoy drama web series, don't forget to watch this one.

This web series depicts how a lack of water continues to have an impact on rural areas, as well as how one man satisfies his sexual desires by marrying multiple times.

He is unable, however, to satisfy one of his wife's sexual needs, and he is unsure how far she will go to do so.

Bhasudi is an Indian web series that debuted on the Ullu app. The web series in Hindi is created and directed by Sajid Siddiqui and Rahul Abhua.

The web series fits into the drama, crime, and thriller genres. The lives of a group of young people are central to the plot. Things change due to the fact that they deal in weapons. When deadly attacks and gangster fights follow one another, things change.

On the Ullu app, this is one of the most popular adult and hot web series. The genres of this Ullu web series are drama and romance.

This web series was released on May 24, 2019. This story is about Panchali. Panchali marries all five of her brothers. One of the educated brothers is opposed to the union. Panchal falls in love with him.

As the name implies, the Me Too series is inspired by the well-known #Metoo movement. This web series is based on allegations made by several Bollywood actresses in late 2018 that they were harassed or molested by one or more male employees.

This particular web series tells the story of an actress who paid a high price for her fame. This Bollywood actress was found dead at an event with a "me too" note in her bag.

The story's male protagonist then begins to investigate what happened to her and discovers how she was harassed by a powerful male in the Bollywood industry in order to pursue her dreams.

It is based on true events and is portrayed as a thriller, suspenseful, and glamorous tale. If you enjoy watching drama web series based on real life, you should add it to your watch list.

Who Is The Owner Of The Ullu App?

How Does Ullu Make Money?

The app has over 10 million downloads on Google's Play Store and works on a subscription basis. Unlike other OTT platforms, Ullu employs a partnership model rather than commissioning content creators. The platform's producers are paid on a revenue-sharing basis.

Is Ullu A Paid Platform?

The Ullu app, which currently charges Rs225 per year and Rs162 for six months, will soon launch a pay-per-view service for as little as Rs9 for content that will be available to customers for 72 hours.

To sum it up, Ullu is one of the best OTT platforms for watching some of the most popular web series on the web. They understand the preferences of their Indian web series fan audience and create content to appeal to them.

So, if you're looking for something worth watching, check out our list of Ullu web series names that are great and popular with viewers.