How Does A Eco-Friendly Underground Refrigerator Or Groundfridge Work? 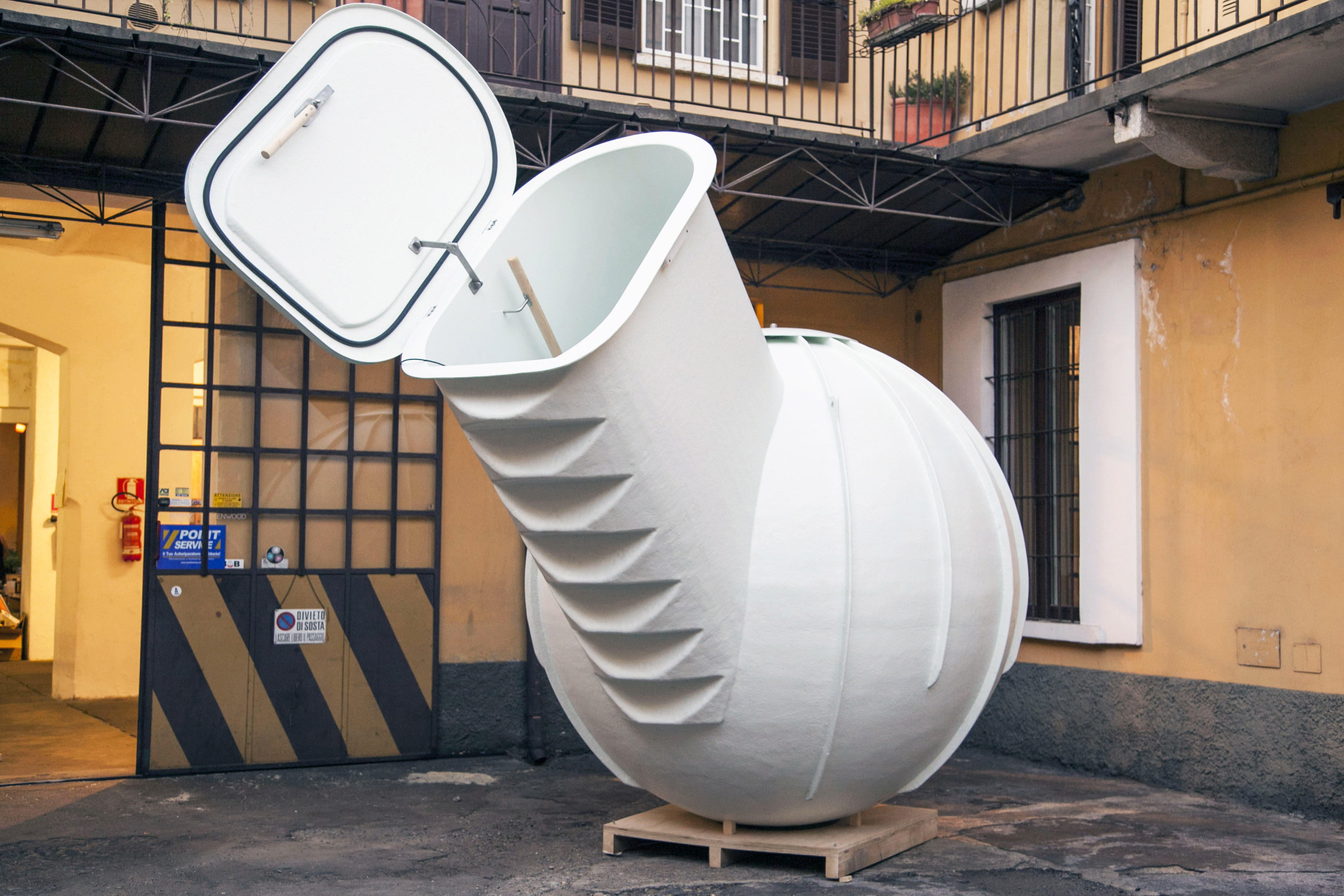 Even the older ideas deserve a higher level of recognition than they now accord them – one of the best examples is the underground refrigerator or Groundfridge, a contemporary take on an old-fashioned basement.

Cellars have been utilised for a variety of purposes throughout history, including storing food and serving as bunker houses in the event of catastrophic calamities. Groundfridge takes the concept a step further by including fresh food refrigeration into the game's architecture. 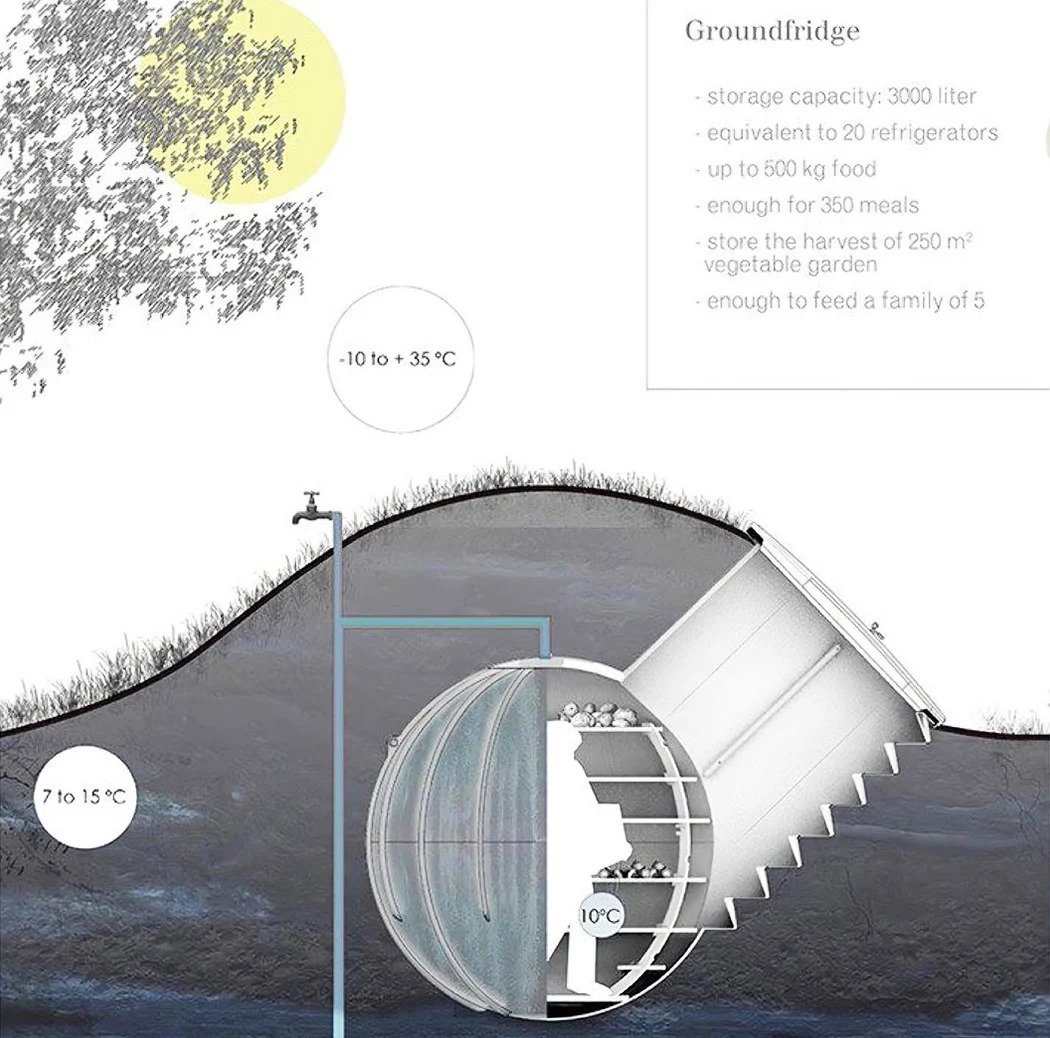 Black and white illustration of how groundfridge works

This spherical refrigerator designed by Floris Schoonderbeek of the Netherlands is buried underground, where it keeps food cool without the use of electricity.

Groundfridge, designed by Weltevree for Dutch Design Week 2015, is an example of functional design.

Schoonderbeek's Groundfridge for the Dutch brand Weltevree is inspired by traditional root cellars, which are places excavated into the ground to store food and drink for long periods of time.

The fridge has a spherical base that is surrounded by wooden shelves and can be reached via an incorporated staircase, giving it a vaguely phallic appearance.

The Groundfridge, in contrast to modern household appliances, does not rely on electricity for its operation. Temperatures remain consistent throughout the year because of thermal inertia, which is why it is intended to be buried beneath the ground.

It is said that burying the refrigerator allows it to maintain a stable temperature between 10 and 12 degrees Celsius throughout the year, making it suitable for storing products such as vegetables, wine, and cheese.

According to the manufacturer, the storage capacity is similar to that of 20 normal refrigerators, which means it can contain up to 500 kg of food in total.

According to Schoonderbeek, "The transition to a self-providing food chain showed me the loss of storage facilities."

"I set out to solve this in a sustainable and comfortable way. The Groundfridge is a combination of old and proven techniques in a present-day application."

In conjunction with this year's Dutch Design Week, which runs from October 17 to October 25, the fridge is currently on display at the Veemgebouw in Eindhoven as part of a showcase of ideas shortlisted for the 2015 Dutch Design Awards, which is currently taking place there. 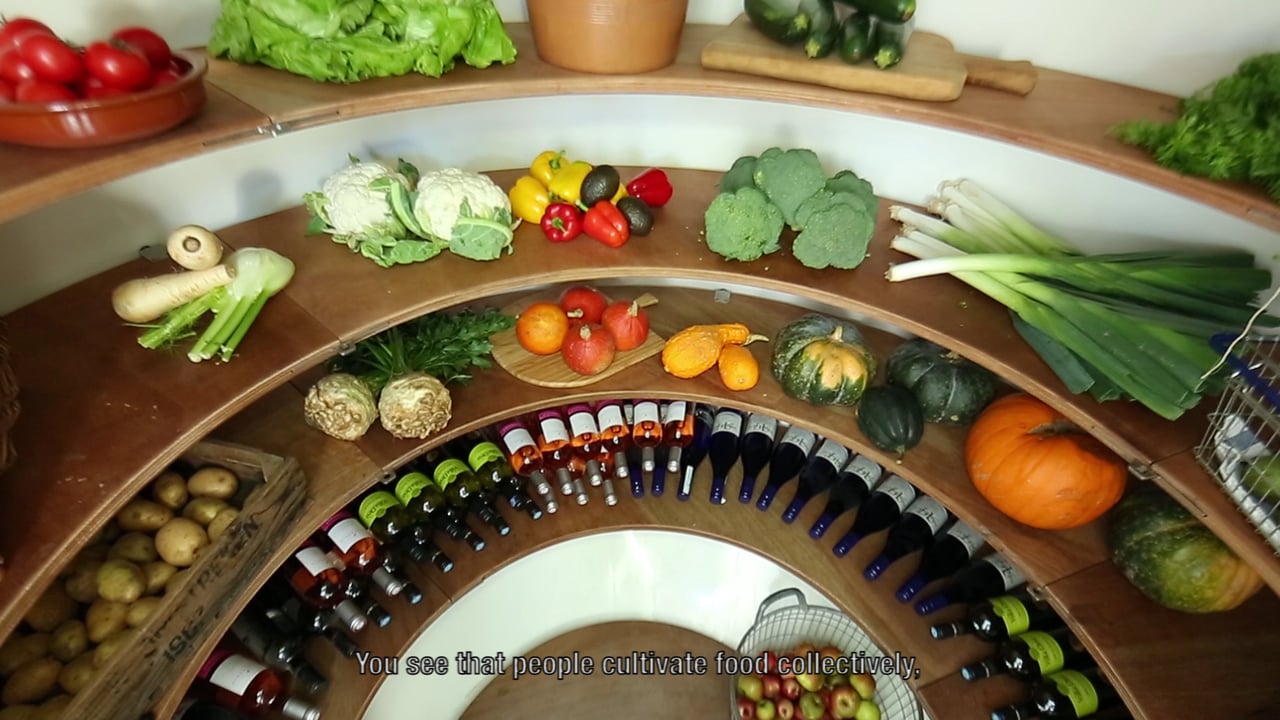 Inside of groundfridge containing fruits, vegetables, and wine bottles on wooden shelves

Groundfridge accomplishes this temperature stability by taking advantage of the inherent insulating ability of the ground as well as the cooler night air temperatures to achieve its results. You can store vegetables, fruits, cheese, and even wine in this design because of the way it is balanced throughout the entire year.

An automatic fan with a timer circulates cool air throughout the night to keep the project comfortable and cool. Is it too hot to be comfortable? During the hottest summer days, an additional cooler can be used to provide additional cooling.

Groundfridge has been dug in and covered with soil excavated from its new site, according to the project manager. Groundfridge's covering layer of dirt is approximately one metre thick and has excellent insulation qualities that allow the core temperature to very slightly fluctuate within the Groundfridge. Furthermore, a ventilator has been installed in your Groundfridge.

The best thing is that you can easily take underground fridge pod wherever you want, and it does not require any licences to be installed! You can see this approach being a viable choice in family housing societies that are attempting to transition to a more environmentally friendly way of life. In any case, this design is truly a fantastic opportunity to live a relaxed life without relying on power!

The video provided above is on Reddit that contains an underground fridge which is a bit different in design or structure but works on the same principle. Check out some of the comments below.

"I'd number every single one of them, personally."

"I'd make the crank removable and bring a powerdrill. It works for the scissorjack."

"I used to dig a hole about a foot and a half deep on our jobsites and throw my gallon of water in there. Cover it up with my shirt. Water stayed cold all day even when it would get over 100 degrees. No need to lug a cooler to each jobsite when you can just dig a hole in about 10 seconds and achieve the same effect."

"I'm jealous of your soil, I've done a lot of digging and most places around here are gonna take way longer than 10 mins for a 1 1/2 foot hole"

"I did concrete foundations so there were dirt piles from the excavator digging the hole for the foundation. Easy digging in that stuff."

"This one simple trick cooler manufacturers don't want you to know:

Just carry an excavator around with you wherever you go....."

"Yeah I usually go to the beach with my excavator."

Is There A Refrigerator That Does Not Need Electricity?

The Sure Chill refrigerator works in a similar way, albeit it may be even more convenient. Even when the power goes out or when there is no electricity at all, this appliance maintains its temperature and remains cool. A fundamental law of physics underpins the technology, which was developed by a small business in Wales.

For almost $15,400, you may get an "underground refrigerator or Groundfridge," which can be installed without the need for a building permit. The amount of space within the pod is similar to around 20 refrigerators, which is sufficient to store approximately 600 bottles of wine.