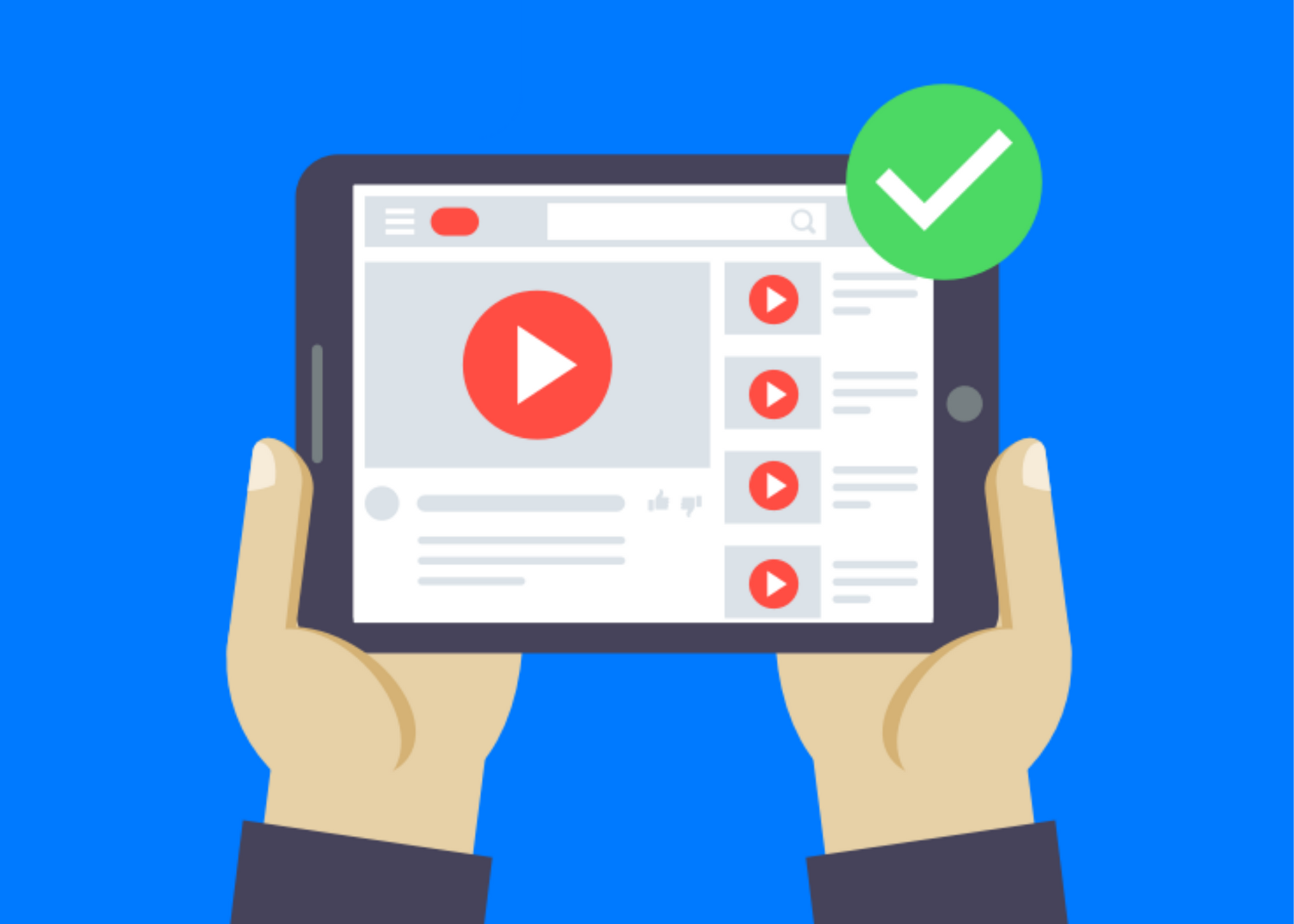 What words would you use to describe your YouTube experience? Some would say "satisfied," while others would claim "annoyed." Many of you are probably triggered right now because you've noticed an increase in the appearance of unskippable YouTube ads before you watch the video that interests you.

You are not alone if you are in the same situation. Some YouTube users were irritated because they were forced to watch two to five advertisements that they couldn't skip.

YouTube is a free website that lets people share videos and makes it easy to watch videos online. You can even make and share your own videos by making and uploading them. YouTube was started in 2005 and is now one of the most popular sites on the Internet.

Each month, people visit the site to watch about 6 billion hours of video. A YouTube video is likely the first online video you've ever watched. In fact, most of the video guides here are simply embeds from YouTube channels.

The vast selection of videos available is a big part of YouTube's popularity. There is always something new to watch on YouTube, as 100 hours of video are uploaded there every minute on average. In addition, YouTube is a great place to find videos on a wide range of topics, from cute animals to entertaining how-to guides for the kitchen or the classroom, to informative and entertaining guides for the latest fashions and hairstyles.

Youtube is truly our partner when we are bored and looking for answers to our questions. However, it also makes us angry before we get what we want.

A Twitter user named Mermaidvee expressed her frustration on YouTube, saying, "2 ads weren’t enough now y’all wanna play 5 ads that no one cares for AND I CANT SKIP?" This is what Team YouTube said in response:

"hmm...this may happen with a certain type of ad format called bumper ads, since they're only up to 6 seconds long. if you'd like, you can send feedback directly from YouTube via the send feedback tool."

For anyone who doesn't know what "bumper ads" are: Google, which owns YouTube, told their campaigners about the change and said:

Still, people kept venting on social media. One user said, "YouTube is testing five unskippable ads, yes you heard it right." On the other hand, another user revealed that they had to watch eight advertisements, which seemed excessive to them. Because of this, they are losing their tempers and have taken to Twitter to vent their frustration and anger. 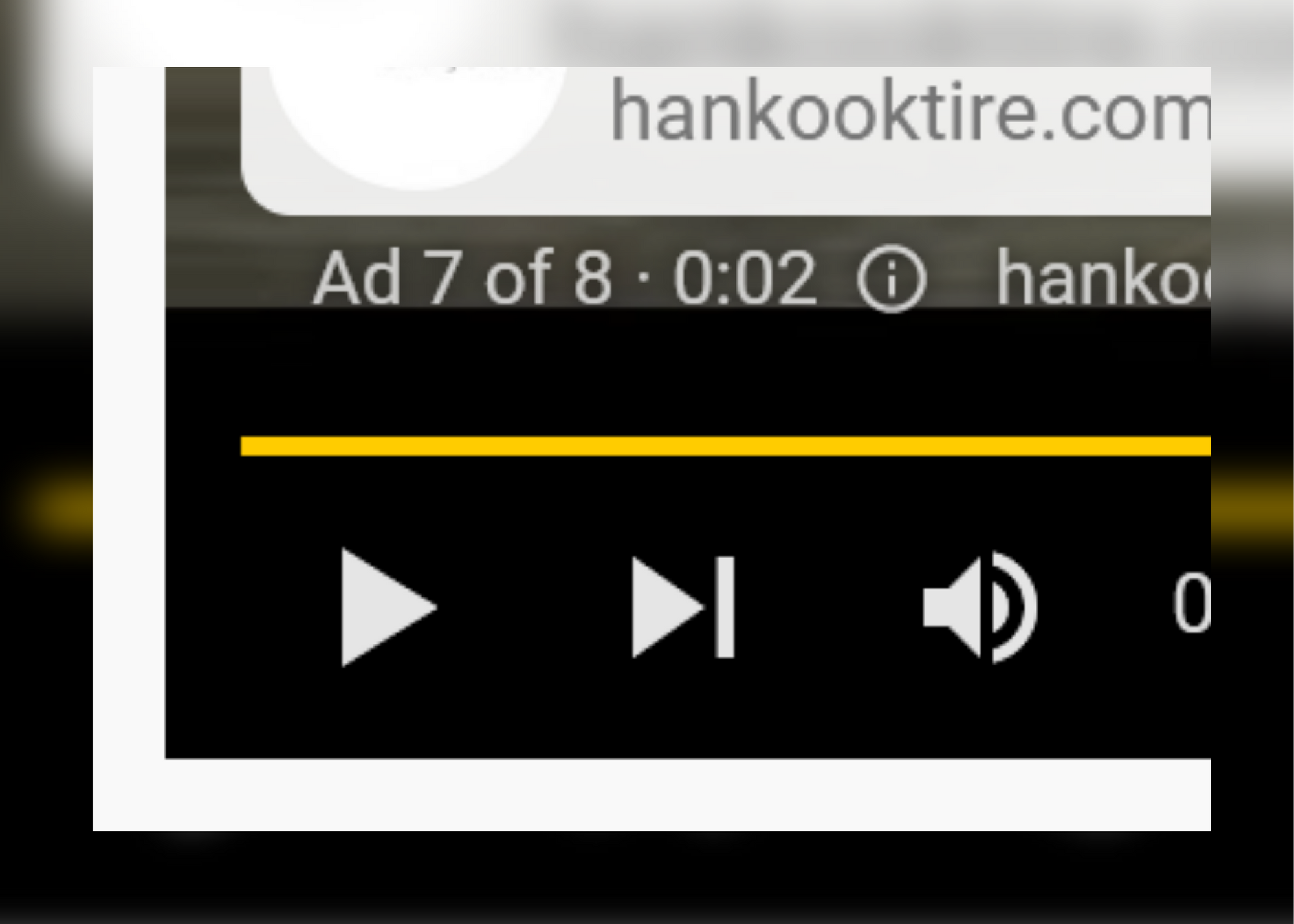 The photo in the picture was posted by a Reddit user that garnered 622 upvotes and 211 comments. The user named u/SeaJay_31 posted: "8 unskippable ads in a row? What's going on YouTube?"

A user named lvl20catwizard got 14 non-skippable ads. How annoying it is!

"I got 14 non-skippable ads in a row around 5-15 seconds each. I need to find an ad blocked for my iPhone. Happened in the middle of a workout video and just ruined the whole routine for me."

Another comment posted: "I hit 3 blocks of 11 unskippables today in one video. Every ad was 6-15 sec."

Valsorhay, a user shared its experience where it reads:

Two years ago I used to think YouTube can't get any worse. I was so naive. It can always get worse. Any day from now I expect it to just show you only ads. Or add some eye-tracking feature forcing you to watch ads. Or add quizzes about ads you just watched that you have to answer before proceeding.

It can ALWAYS get worse. Ads are rampant and there' more of them than on TV. Algorithms rule the platform, forcing all the creators to use click bait and open mouth thumbnails. And what's the most sad is that people just keep saying "use the adblock", as if that solve the problem and cures the underlying disease instead of dealing with symptoms. What a complete and utter shitshow.

In this video, they talk about a few things that should be changed on YouTube to make it a better place for everyone to spend time. For example, if YouTube improved targeting with customer avatars, it would help both viewers and advertisers by showing more relevant ads to a more targeted audience.

Many reasons make YouTube double ads problematic for viewers. A few reasons include:

You can't skip any of them. People get annoyed when they can't skip ads they've already seen a hundred times. You can't even watch your favorite show over and over again, and since it's an ad, it's already going to be boring.

They ruin the atmosphere. Imagine being in the middle of your favorite movie or another interesting video when an ad that you can't skip pops up on your screen. It could happen, and no matter how hard you try, you can't avoid it.

They forced us to watch their ads. When you let the person stop or skip the YouTube double ads, you are obviously forcing them to do it. When this happens, the whole situation seems forced, and the user has no choice but to go along with it.

A YouTube premium account is a platform where you can watch millions of videos without being interrupted by ads before and during the video, including video overlay ads. Third-party banner and search ads will also be absent.

Fans of YouTube can sign up for YouTube Premium to watch videos without being interrupted by ads. The subscription-only plan costs a few dollars a month, but you can watch as many videos on YouTube as you want. People who sign up will also be able to use Google Play Music.

You can use YouTube Premium on both your phone and your computer. However, take note of what the official YouTube help stated:

You may still see branding or promotions embedded in the content by the creator and promotional links, shelves and features in and around the content that are added or enabled by the creator. These links, shelves and features could be for their website, merchandise, a membership to their channel, event tickets, or other related destinations they are promoting.

Use Ad Blocking Software To Block Ads On YouTube

If you have an iOS phone, you need to get ad-blocking software that works with iOS. If you want to block ads, you can't use the YouTube app that came with your device. The reason for this is that the YouTube app is one of those that won't let third-party certificates be used to make secure connections.

YouTube videos without ads can also be viewed in the mobile web browser. Except for Safari, many browsers do not support ad-blocking software. YouTube's template loads with fewer problems when viewed in Safari.

If you want to keep using it, you can create a new shortcut that uses a different icon than the native app's shortcut icon. By doing so, the app can be quickly launched from the home screen.

How To Remove Adverts From SMART TV In Only 2 Minutes

You probably didn't know that every month, over 2 billion people who are logged in to YouTube watch videos. YouTube ads are becoming increasingly popular as a result of the site's massive viewership. However, if you're considering YouTube advertising, you may be wondering: how much does it cost?

Businesses can expect to spend between $0.10 and $0.30 per view or action on YouTube, with a daily budget of $10. Payment ranges from $0.10 to $0.30 for each impression or click on your ad. However, keep in mind that this YouTube advertising rate is just an average and that your company may end up paying more or less than this.

YouTube's pricing model is similar to that of its parent company, Google, and is based on cost-per-click and cost-per-view. Because of this pricing model, your YouTube advertising rates are determined by user actions.

If someone watches the entire length of your ad or clicks on it, you will be charged for that action. The type of ad you create will determine whether you pay for views or clicks. Watch the video below for a more general look at how much social media costs:

An Overview of the Social Media Marketing Cost for Businesses

On your Android smartphone, simply install a third-party ad-blocker app. Simply go to the Google Play Store and download the "Free Adblocker Browser: Adblock & Private Browser" app. While you can download any other app, many have tried this service because it was quite effective.

Do YouTubers Get Paid For Ads If You Skip?

Advertisements at the beginning of a video that can be skipped after five seconds are called "skippable video ads." You get paid if someone watches the whole ad, or at least 30 seconds if it's longer. The most common kind of YouTube ad is like this.

Because YouTube wants to support content creators in any way it can, you cannot skip ads on the site. According to YouTube, it is unfair for content producers to put in such a lot of effort to produce videos that benefit viewers in a variety of ways.

Are you tired of seeing advertisements every time you try to watch a video? We completely understand, which is why the author wrote this article! Even though there is a lot that needs to be fixed, we still think that YouTube is the best place to market your products and services today.