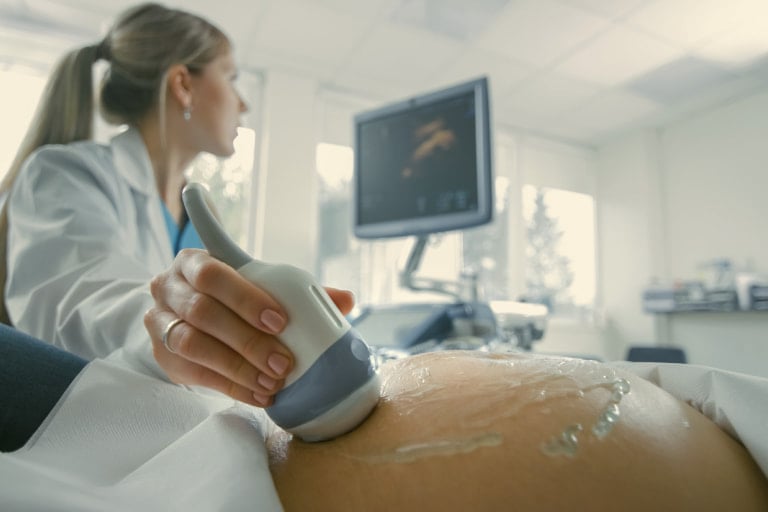 Finding out a baby's gender is a big deal these days. Many people are throwing a party to find out the gender of their baby. However, an upset mom refuses to reveal the gender of her child to her husband after he skipped the scan to go out to eat with one of his buddies.

Here is the whole thing she wrote on Reddit:

"My husband & I are expecting. This is our first baby and we're excited. [The] thing is he barely attends any dr appointments with me and his excuses aren't even valid. He's willing to miss the dr appointment over soccer or a drink or board game with friends. His response is always "I'm not the one carrying the baby, why do I have to go see the dr with you?".

Last week was my final straw. He was supposed to come with me for the baby's gender reveal appointment but he chose to not come last minute because his friend invited him to [a] fish 'n' chips meal. I was pretty livid but didn't make a fuss about it. Mom went with me instead.

He texted asking me to tell him the results (boy or girl) but I refused to tell him. He kept spam-calling me but I hung up each time. He came home fuming demanding I tell him the results but I refused and bluntly told him, since he refused to attend the appointment then he gets no results til after the baby's born and said I was willing to die on this hill. He went off calling me spiteful and immature for doing this and punishing him. He said he's the father and has the right to know. He then called me dramatic since I wasn't alone and mom was with me. I said he gets no results period.

He's been fuming about it and told his family and they're now pressuring me to stop playing mind games with him and tell him but I declined."

The unnamed woman claimed that although she and her spouse were happy to welcome their new child, her partner had previously missed doctor's appointments not once but many times. She stated that her spouse is willing to forego the doctor's appointment in exchange for soccer, a drink, or a board game with friends.

And most recently, the woman had reached her "last straw" when her spouse abruptly informed her that he would be unable to attend the gender reveal scan because a friend had invited him out for fish and chips. Here, he chose to go with his friend instead of helping and supporting his wife, so it seems like he doesn't care.

The comment section of the post has been flooded with contributions from members of Reddit, the vast majority of which support the woman's position. For example, one Reddit user is upset with the man and mentions that he is "incredibly selfish." The post reads:

This. To be clear, this is NOT a gender reveal appointment - it is a full anatomical scan in which they check every organ and limb for potential issues, and as a side note, can also often tell you which genitals baby will have. So partner is not just skipping a ‘gender reveal’, but leaving their pregnant partner to attend a lengthy appointment on their own during which they could possibly receive concerning information about the development of their baby - if there are issues, it’s often during this scan that they are discovered. Partner is incredibly selfish, and showing their true colours

People keep saying this, but it’s not the baby that needs him at those appointments, it’s OP. No matter how good a dad he turns out to be, he’s failed as a husband already. He’s basically saying 'I don’t see any point in supporting you when I could be eating friend fish with people I do enjoy.' OP, loose this idiot

My ex pulled this with our second child, and I caved and told him. I shouldn't have. You need to seriously reconsider this relationship. He's showing you that he and his friends are more important than you and the baby. He sees going to appointments with you as punishment, not as a chance to make sure you and the baby are healthy. Don't be like me and stay until he leaves you for another woman.

The woman then updated the post, adding that her husband had attempted to contact the doctors to obtain the results but was unable to do so because of some circumstances. According to her, this did not go well, and the pair ended up having another quarrel about it. She posted:

Hi, so, first of all, wow!!! I did not expect this to blow up. Sorry, can't answer any comments because of feeling overwhelmed...um I just wanted to mention that my husband just attempted to contact my dr to get the results. It didn't go well and we had another argument over it. He couldn't get it since his mom was the one who made the call.