A US war veteran staged a one-man Black Lives Matter protest outside the Utah State Capitol.

People all over the world are showing their solidarity with the movement that has gripped society in a way that no-one could have anticipated after the murder of George Floyd.

Though no-one could have anticipated the protests, they are entirely necessary since there seems to be no other way to get genuine racial equality. One man to get involved recently was a US war veteran who protested alone to the point where his shoes began to melt. 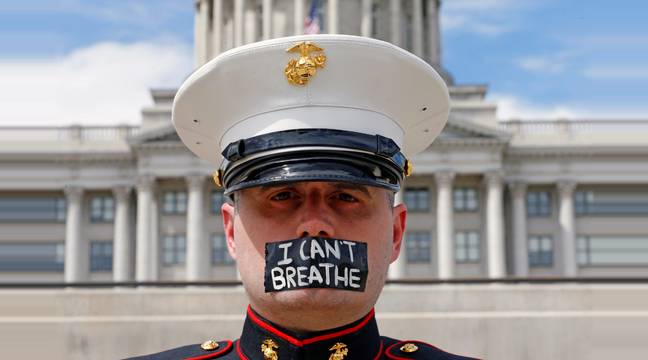 Marine Corps veteran Todd Winn stood outside the Utah State Capitol with a piece of tape over his mouth with ‘I can’t breath’ written on it; the three words George Floyd famously shouted as he was being slowly killed.

Winn stood for three hours outside the capitol building in Salt Lake City, where temperatures can reach 99 degrees Fahrenheit which, in the Queen’s English, is 37 degrees Celsius. As KUTV have it, the heat was so intense that his shoes began to melt.

Winn’s sign that he held as he took a knee read: 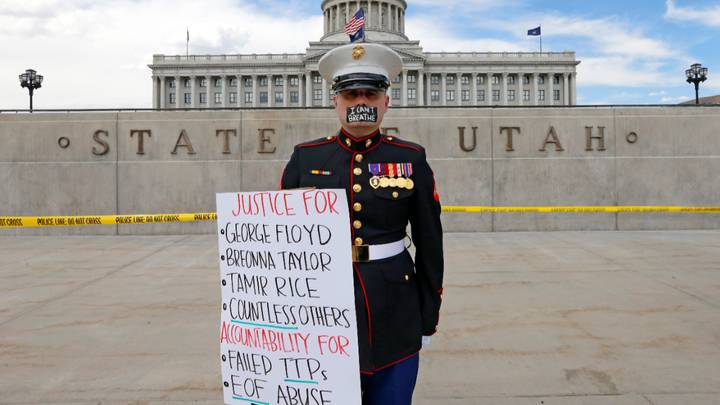 The veteran suffers from chronic fatigue syndrome as a result of injuries he sustained while on duty in Iraq back in 2005 but despite that, he remained outside the capitol for three hours to show his solidarity.

Winn saw a lot of backlash for wearing his uniform during his protest, as many believe that a man in his position shouldn’t take sides, but he said that was one of the main reasons for his choice to wear it.

“That had a lot to do with my decision, to choose to do this in uniform.

“Really all I have to say to my fellow Marines and veterans is ‘you’re right’. What I did in a prescriptive sense was wrong. But I believe that morally and ethically it was the right decision to make. 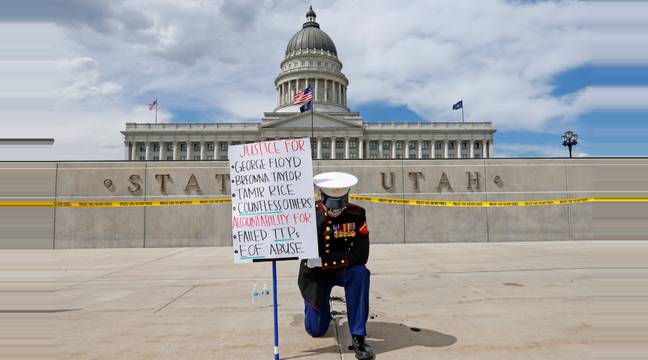 “Support and defend the constitution. And there’s no qualification on that. It’s not until this time, or only for these people“.

He also made it clear that he doesn’t hold any ill will towards the majority of police officers, adding:

“Because when you have officers acting out, not using their escalation force properly, abusing their authority, it causes more and more people to think, I think somewhat rightfully, to distrust the police“.