Valet Crashes Ferrari Hypercar Worth £1M After Failing To Park It 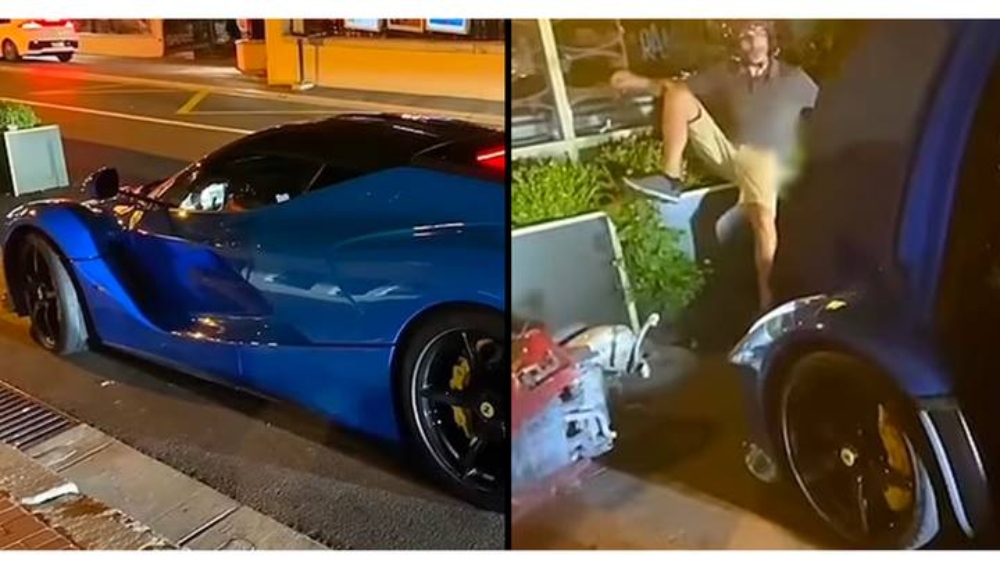 To the dismay of the hypercar's presumed owner, this is the exact moment a negligent valet crashes Ferrari Hypercar worth £1M after failing to park it and presumably leaving it in gear.

The sad incident in which a valet crashes Ferrari Hypercar worth £1M after failing to park it, happened just a few meters from the renowned Casino Square in Monaco's opulent Monte Carlo.

When the valet parked the royal blue LaFerrari alongside the sidewalk to wait for the hypercar's owner, he made the error of leaving the vehicle in drive.

When the automobile door was closed, the car started to move forward after first remaining still.

Sadly, as the valet shut the door, the car struck a pair of mopeds, just missing one of the riders.

The frantic valet tried desperately to stop the car by opening the door and jumping back in, but his effort failed and the automobile crashed.

The scared valet can be seen being abused in a video of the incident that was published on YouTube by the user G-E SUPERCARS.

The man in the video is thought to be the owner of the automobile.

The man can be heard screaming,

When the valet gets out of the wrecked car, he drops his head and seems ashamed, but he doesn't say anything.

The Daily Mail says that the Ferrari was seen being driven around Monaco the next morning, even though it had been in an accident the day before.

The car, which sold for between £1 million and £1.2 million when it was new in 2013, is now anticipated to be valued between £3 million and £5 million due to its limited production prior to its release.

One of the three vehicles regarded as groundbreaking is the LaFerrari.

Along with the McLaren P1 and the Porsche 918 Spyder, the unique vehicle is one of the three vehicles known as the "Holy Trinity." 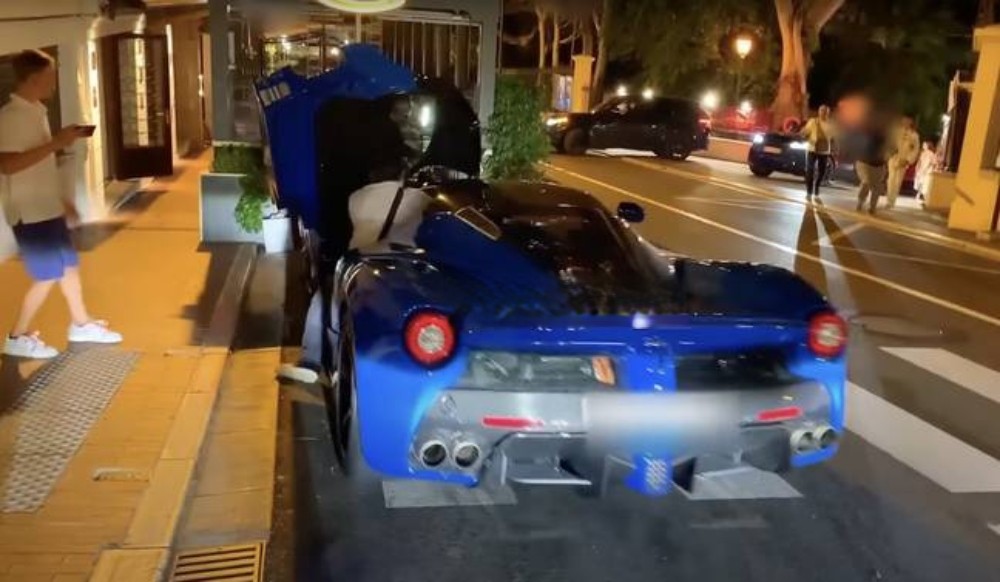 It should come as no surprise that the owner of the car was furious after witnessing the valet smash his vehicle.

People on social media have been attempting to figure out how the valet was able to crash the car in the first place.

Some people have wondered if the valet didn't use the electronic handbrake before getting out of the car.

Others say that the handbrake didn't work properly or didn't work at all when the car was in automatic drive.

One person made the observation that:

But one user said, "I don't understand how the brakes on a high-end car could stop working."

Why would the parking brake disengage tho? And why didn’t he turn the car off before getting out lol.

Even if the damage to the car isn't too bad, the owner might have to pay tens of thousands of dollars to fix it because a stupid valet crashes Ferrari Hypercar worth £1M after failing to park it.