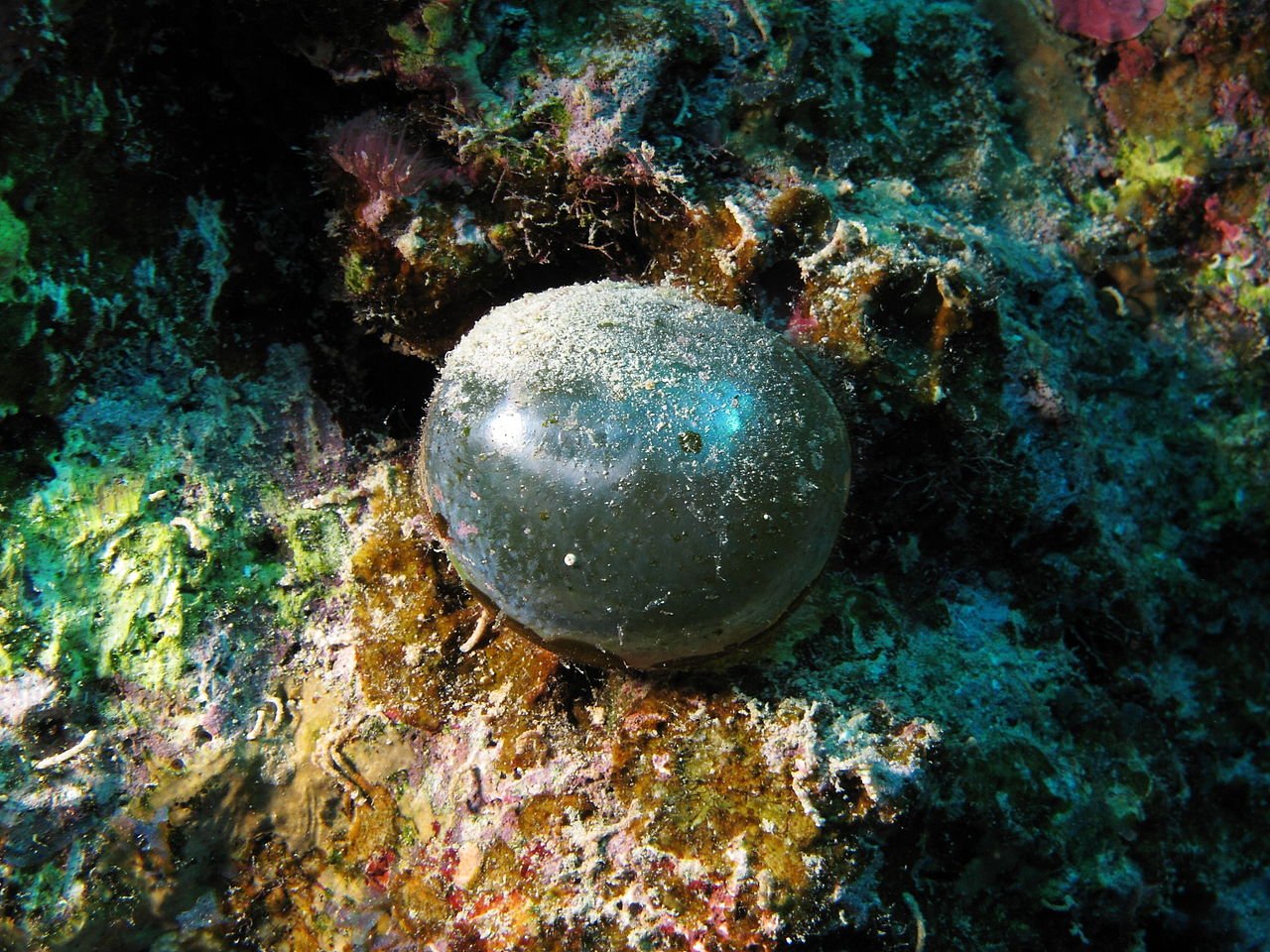 Valonia ventricosa, often known as bubble algae or sailor's eyeballs, is a kind of algae that can be found in tropical and subtropical waters all over the globe. It is a member of the phylum Chlorophyta and can be found in tropical and subtropical oceans all over the world. It is one of the biggest unicellular creatures known to science, if not the largest one. 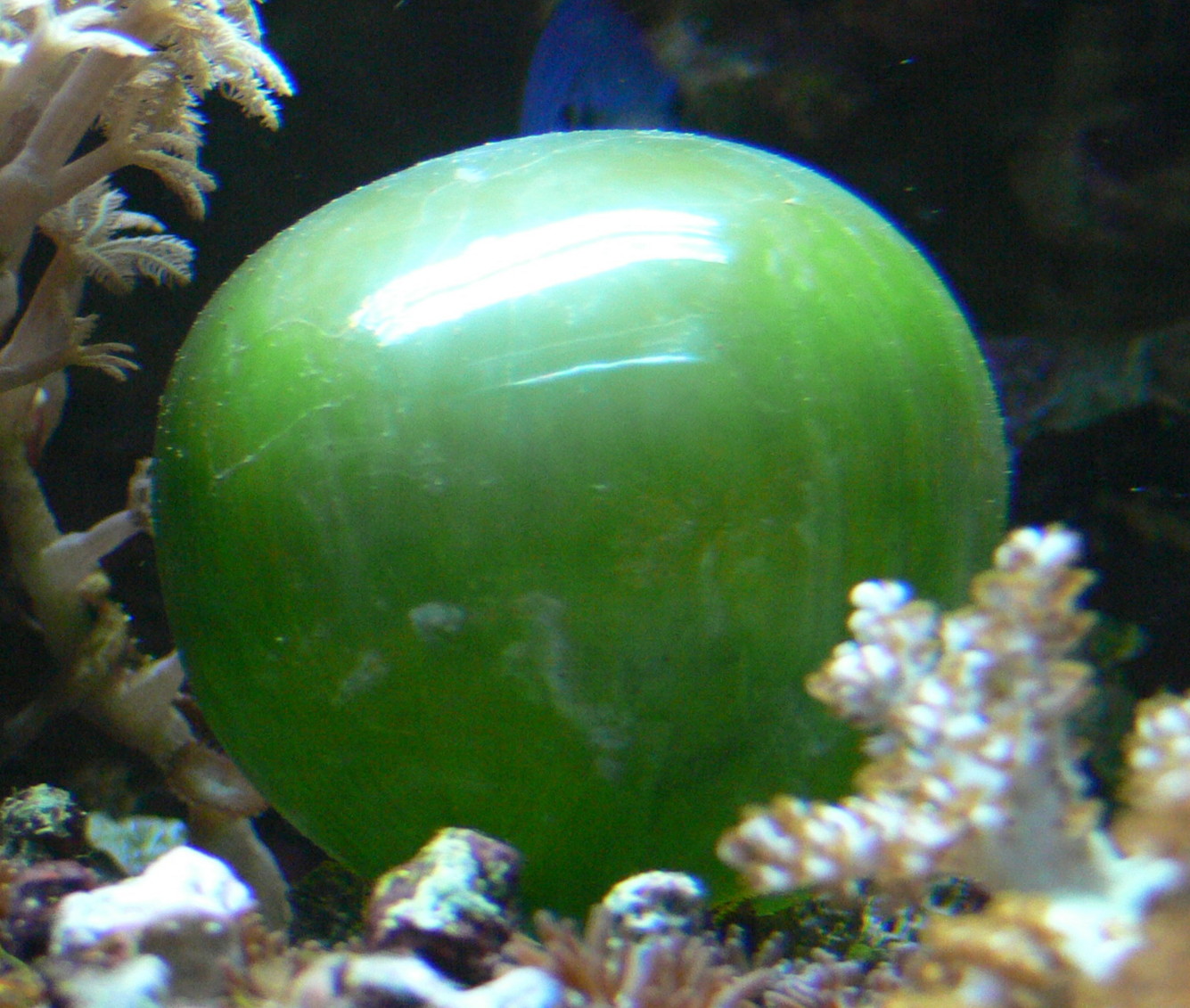 A giant cell of green-colored Valonia Ventricosa in the sea

The Valonia ventricosa is considered to be the strangest single-celled organism on the planet, and it may grow to be more than 2 inches in diameter. This unicellular critter is also referred to as sailor's eyeballs, however, it is actually an algal species. Despite the fact that they appear to be stoned, their membrane is flexible, making Valonia ventricosa pop.

They may readily proliferate and become dangerous to other creatures in the aquarium if they are unintentionally brought home by someone and placed in their fish tanks. 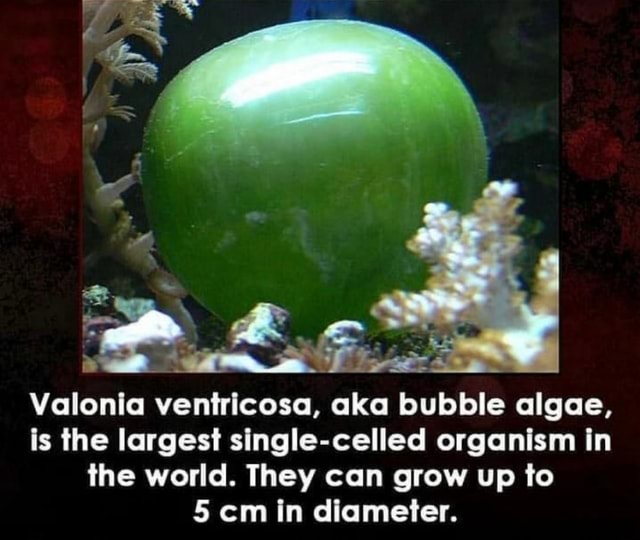 Indeed, the entire ball is made up of a single cell. Now, it's hardly the kind of size we'd expect from a single-celled creature, but sailor's eyeballs have some clever techniques under their sleeves that let them grow to such enormous proportions.

To begin with, we must admit that not all of these organisms are as huge as the one seen in the image above, which is a good thing. They can be as little as a ball bearing or as large as their namesake, the eyeball, depending on their size and composition.

Your high-school biology teacher may have told you that cells can't grow that huge because there's too much diffusion to contend with - growing anything too large would distort the surface-to-volume ratio.

In contrast, while they are one cell, sailors' eyes are divided into multiple cytoplasmic domains, each of which contains its own nucleus and chloroplasts.

Because of its unusual structure, if you tried to explode it, it wouldn't just burst into a thousand pieces like a balloon full of organelles. In fact, squashing one sailor's eyeball can cause a swarm of them to shoot up around it since the creatures only require one nucleus to develop into a completely new eyeball when they reproduce.

So there you have it, your interesting fact for the day. Divers and scientists alike will be amazed as these weird beady critters with their many nuclei live out their seafaring lives in the wild, despite the fact that aquarium hobbyists may encounter difficulties keeping them alive. 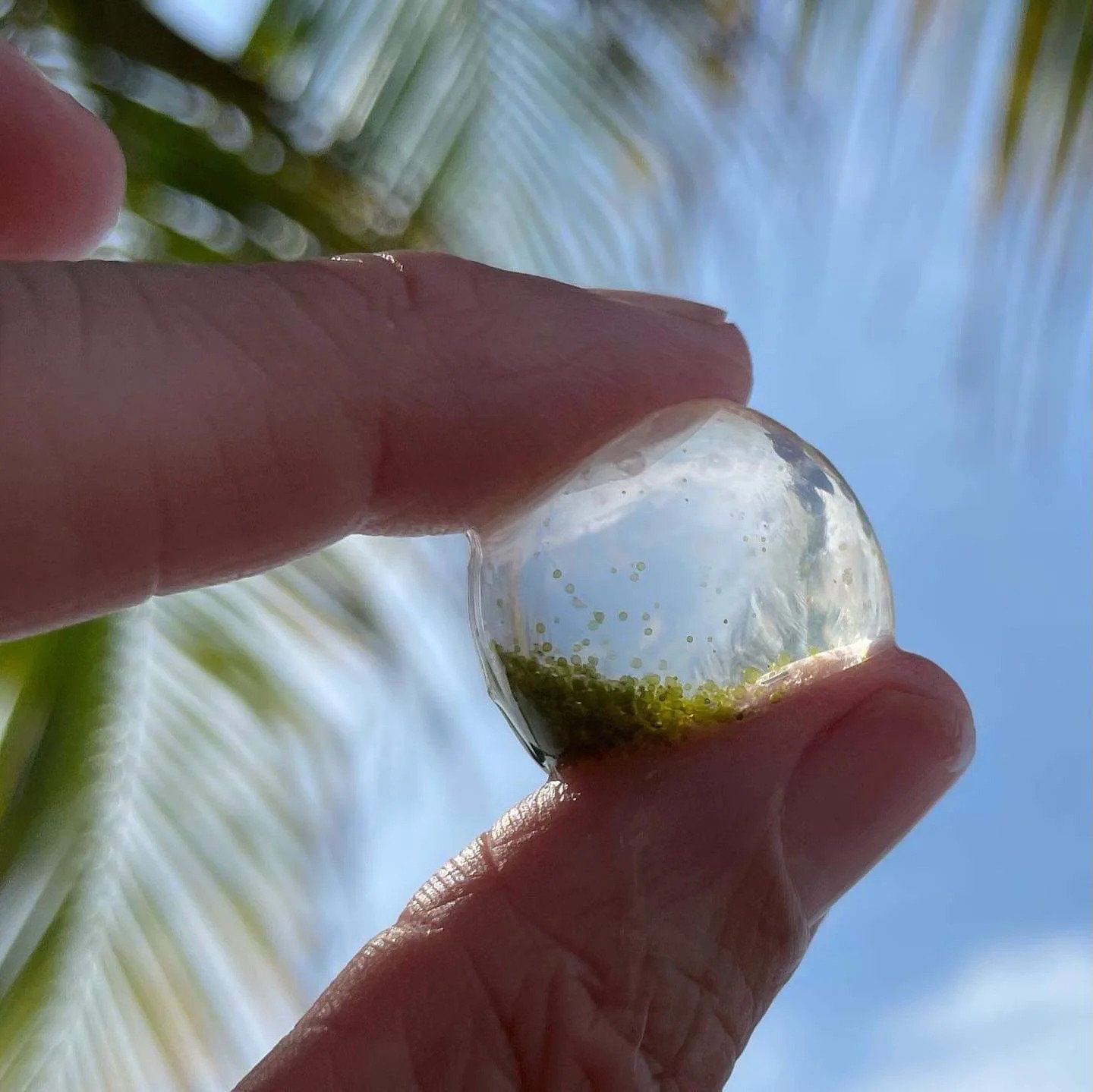 A man holding a single-celled bubble alga in the sunlight

Bubble algae are found in tropical and subtropical ocean regions all over the world, especially off the coast of Australia, where they coexist with coral rubble and mangroves, and their peculiar shine gives them the appearance of huge pearls beneath the surface of the water.

They are available in a variety of colors of green, ranging from brilliant emerald to deep moss, but when exposed to water, they can seem silver, teal, or black. This film from Lady Elliot Island in Queensland demonstrates why they've gained the moniker, sailor's eyeballs, because of their unusual spherical shape.

How Big Is Valonia Ventricosa?

Valonia ventricosa, often known as bubble algae or sailor's eyes, are one of the world's biggest single-celled animals and are one of the world's largest single-celled organisms. These tough, lustrous multi-nucleic cells typically develop to be 0.4-1.5 in (1-2.8 cm) in diameter, however, they have been known to expand to be as large as 2 in (5 cm).

What's strange is this: Knowing that anything large enough to grasp in your hand is made up of a single, solitary cell is a strange feeling and that is none other than this squishy Valonia ventricosa, single-celled algae.