Vanilla-The Only Edible Flower Plant In The Orchid Family

Vanilla is the only edible fruit in the orchid family, which is the world's largest flowering plant family. Vanilla plants come in approximately 150 different types. 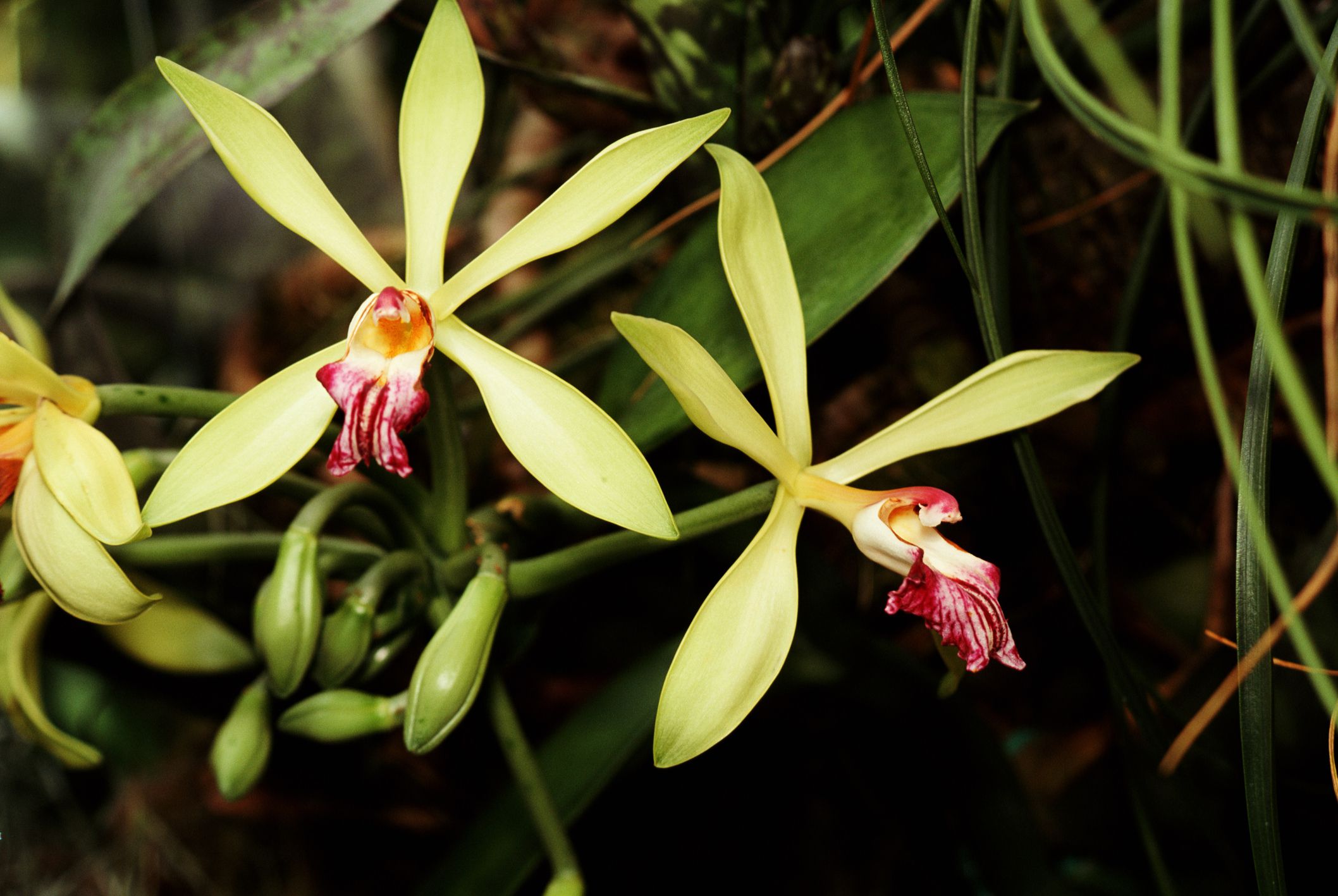 Vanilla planifolia is a type of vanilla orchid that grows in the tropics. Its natural habitats are Mexico and Belize. Because of its high vanillin content, it is considered to be one of the most important sources of vanilla flavor. Flat-leaved vanilla and West Indian vanilla are two common names for this plant (also used for the Pompona vanilla, V. pompona).

It is commonly referred to as "the vanilla" or "the plain vanilla." It was given its scientific name for the first time in 1808. The International Union for Conservation of Nature (IUCN) has classified Vanilla planifolia as Endangered due to a decline in the species' population and the conversion of its habitats to other uses.

It is from this vining member of the Orchidaceae family that we obtain vanilla beans (also called botanically as 'dehiscent capsule fruits,' which are utilized in the production of commercial vanilla flavor).

Once the orchid has been pollinated, the 'bean' will mature 8 to 9 months after the blooming period has ended. Later on, it becomes black and becomes quite aromatic. This is the period during which the beans are collected and dried. 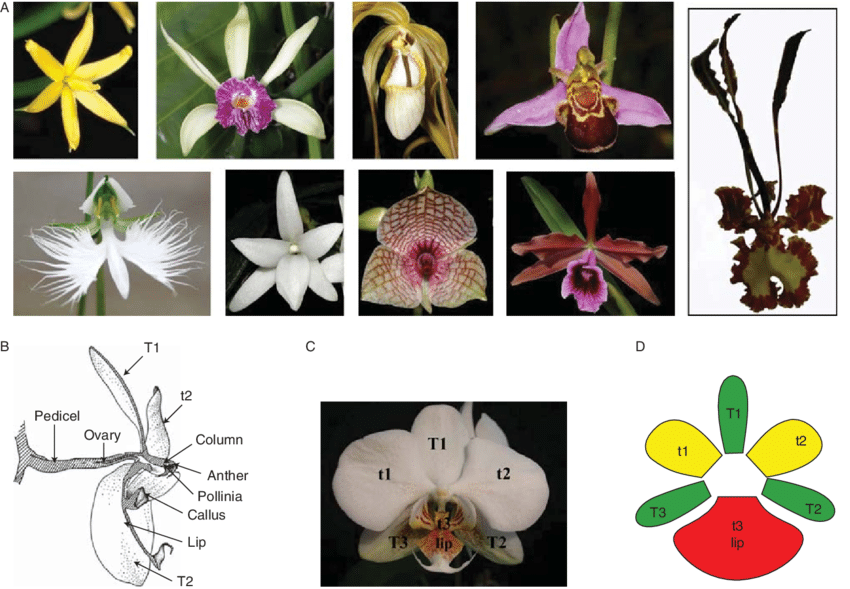 Different types of orchid flowers with its labelled diagram

However, vanillin does not occur naturally in the fleshy exterior of the pod; rather, it is released by hairlike papillae in its interior and dispersed via the viscid oily liquid that surrounds the seeds.

There is around 2 percent vanillin in the cured pods; additional organic ingredients include vanillic acid (which is odorless), oleoresin (which is sweet), sugar, gum (which contains calcium oxalate), alcohols, aldehydes, and esters, all of which contribute to the complete smell and flavor.

Tahiti beans are reddish-brown in color and have a milder flavor than Mexican or Bourbon beans. They also contain a small amount of heliotropin, sometimes known as piperonal, which is responsible for their distinctive flavor.

Vanilla extract is made by crushing and extracting the dried vanilla beans with alcohol after they have been cured. Vanilla flavoring is created by combining oleoresin vanilla, a dark semisolid concentration of vanilla extract, with alcohol and water to form a flavoring agent. Imitation vanilla is manufactured from vanillin, which is a commercially synthesized substance. 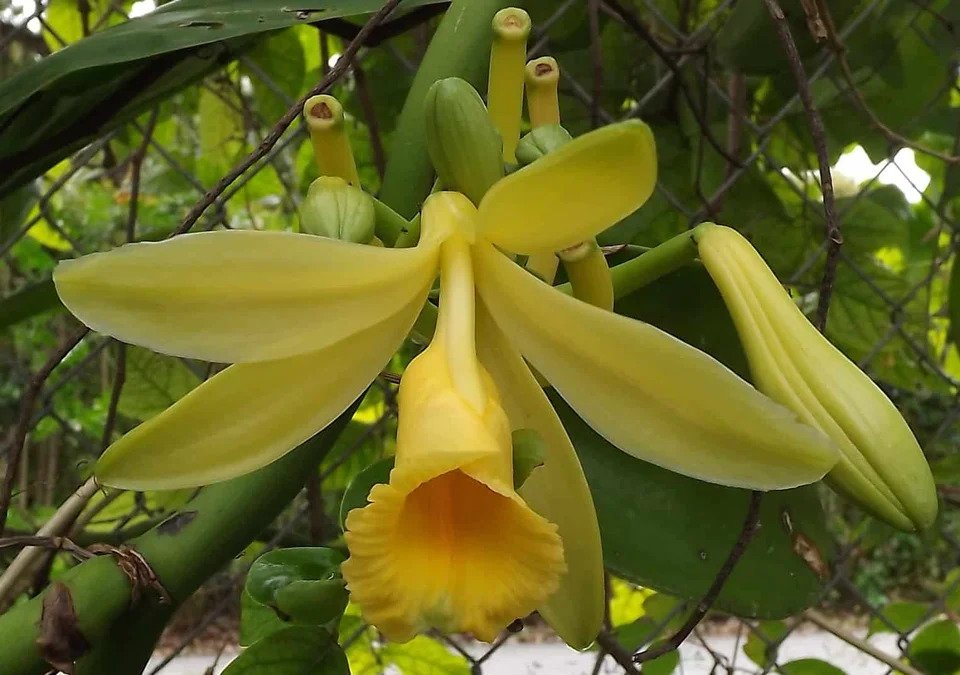 Does Vanilla Come From Orchids?

The Vanilla orchid genus provides your beloved vanilla flavor and smell. It is, after saffron, the most costly spice. It's probably in practically every product now. The list goes on and on.

Vanilla planifolia, often known as Flat-Leaved Vanilla or Vanilla fragrance, is the only orchid ever utilized to manufacture industrial food.

The orchid plant's vanilla pods or beans are collected before they ripen. After washing in hot water, they are dried for months, sometimes even years.

These pods are more expensive because they contain hundreds of tiny black seeds that give the taste. Vanilla extract, made by macerating vanilla beans and diluting them in alcohol and water, is substantially less expensive.

Why Is Vanilla Hand Pollinated?

Vanilla must be hand-pollinated. The vanilla orchids must be fertilized by hand because these bees aren't prevalent in Madagascar. The yellow vanilla flower only blooms once a year and is usually only open for a few hours. As a result, flower pollination necessitates a significant amount of manual labor.

Vanilla orchids have a monopodial growth pattern. They're climbing vines with little foliage and roots at each node that adhere to tree trunks or stakes. The vine can reach a length of 30 feet.