A very disturbing video released by PETA shows several Indian wet markets, where dogs are waiting to be slaughtered while being tied up in sacks, as well as severed, charred monkey hands.

Wet markets all over the world have faced a lot of scrutiny from animal rights activists for decades now, but since the rise of the Coronavirus that allegedly started in a wet market in Wuhan, more and more lights are being shone on them every day.

This is more or less good news for the likes of PETA, who have been trying to shut the markets down since their inception really, but now have more of a general public backing from the public, who don’t want to live through another pandemic.

In their everlasting battle against animal abuse, PETA have shared a harrowing video, showcasing the horrors that take place in meat markets all over India, where dogs are tied up in sacks and severed monkey hands are displayed as food.

The video shows several markets taking place, including one bazaar in Dimapur, in the Nagaland state or India. It states:

“At Churachandpur Market in Manipur, meat from monkeys, wild boars and deer were illegally sold as well.

“At Keera Bazaar in Dimapur, Nagaland, captured dogs were killed and sold for meat.

“The Nagaland government recently decided to ban the sale of dog meat, but the cruel trade continues in several other Indian states“. 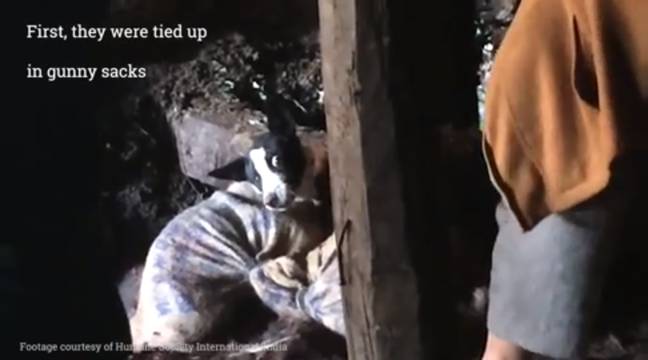 “Places such as these, crammed full of sick and stressed animals, are breeding grounds for deadly diseases.

“As long as live-animal markets are allowed to operate, humans will continue to be at risk and countless animals will needlessly endure miserable lives and a violent, painful death“.

It’s hard to disagree with that. There’s a reason I’m writing this article form home and not my lovely office.