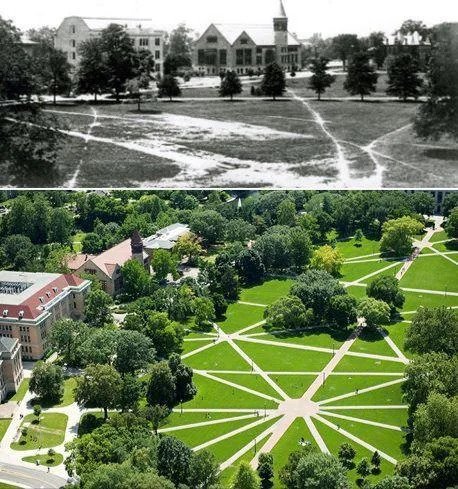 The walkways utilized by students at Ohio State University were designed in accordance with the most frequently used paths by the university's students. 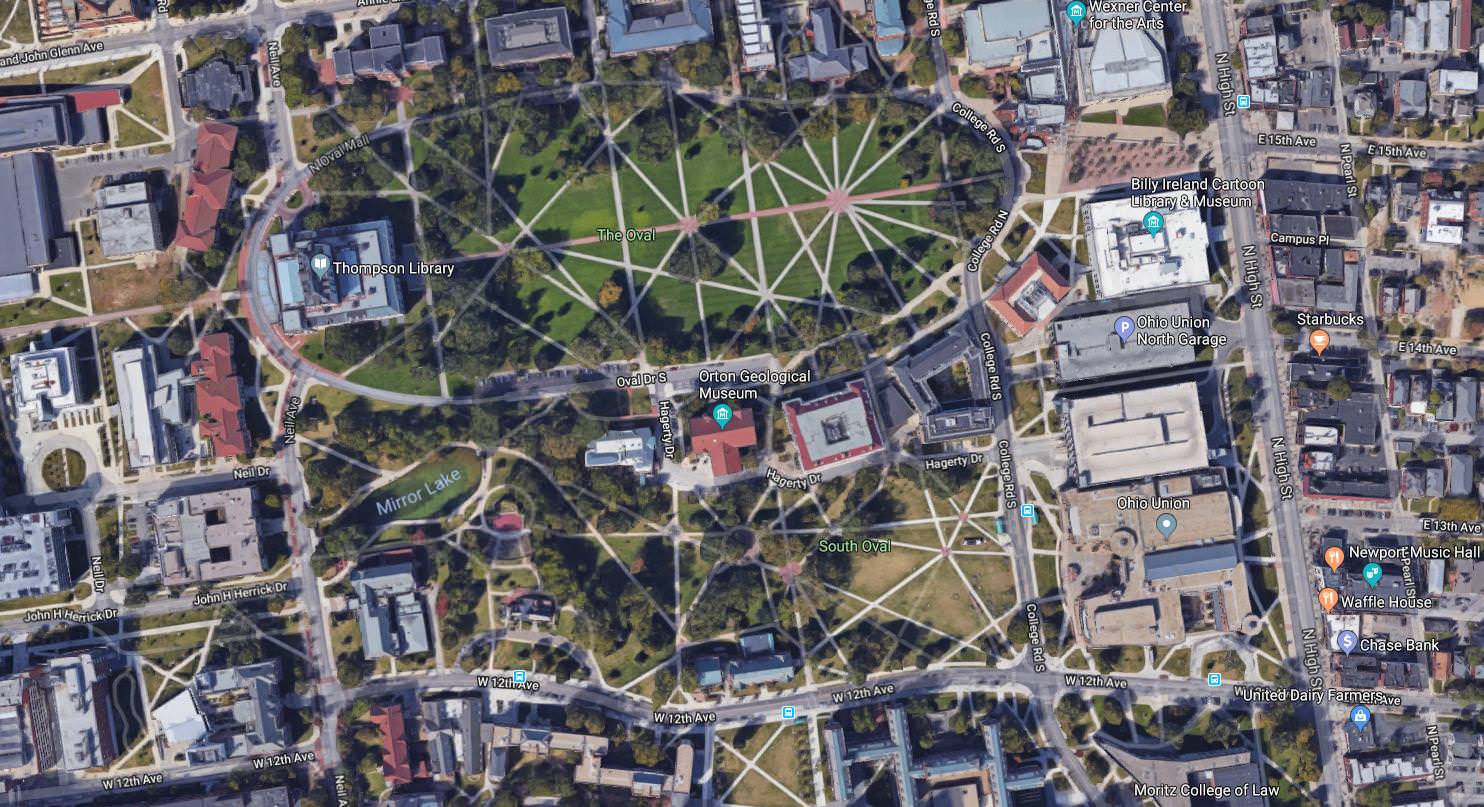 An aerial view of oval paths of Ohio state university

Even though it's difficult to envision Oregon State University without the Oval or the Long Walk, it turns out that both of these features were completely coincidental when it came to the early shaping of the design of Ohio State University paths.

The early campus was laid out in the manner of an English Manor, with the manor house (which served as the initial University Hall) situated on high ground and set back from the road.

From Page Hall, a path led diagonally over what is now the Oval to High Street, allowing pedestrians to reach the main street through walkways utilized by students at Ohio State University.

The University's early site layout did not include an Oval in the middle of campus, and especially not a "Long Walk."

It did, however, result in the creation of a central green area in the early 1890s when some of the earliest campus buildings were constructed in certain locations.

By 1901, this space had taken on the shape of today's Oval, which was a natural evolution.

Buildings were being constructed at a rapid pace, and students began constructing their own walking trails through the grass to get to their destinations.

Their strolling paths influenced the modern design of sidewalks, which includes the Long Walk, to some extent.

The Long Walk was completed by Joseph N. Bradford, who was appointed University Architect in 1911 and was the final piece of the puzzle in its construction.

Bradford was committed to the establishment of a formal campus arrangement.

On the contrary, his early 1914 campus plan depicted a very formal, geometric layout of pathways within the Oval that he had designed himself.

By the fall of 1914, the Long Walk had been completed and opened to the public. 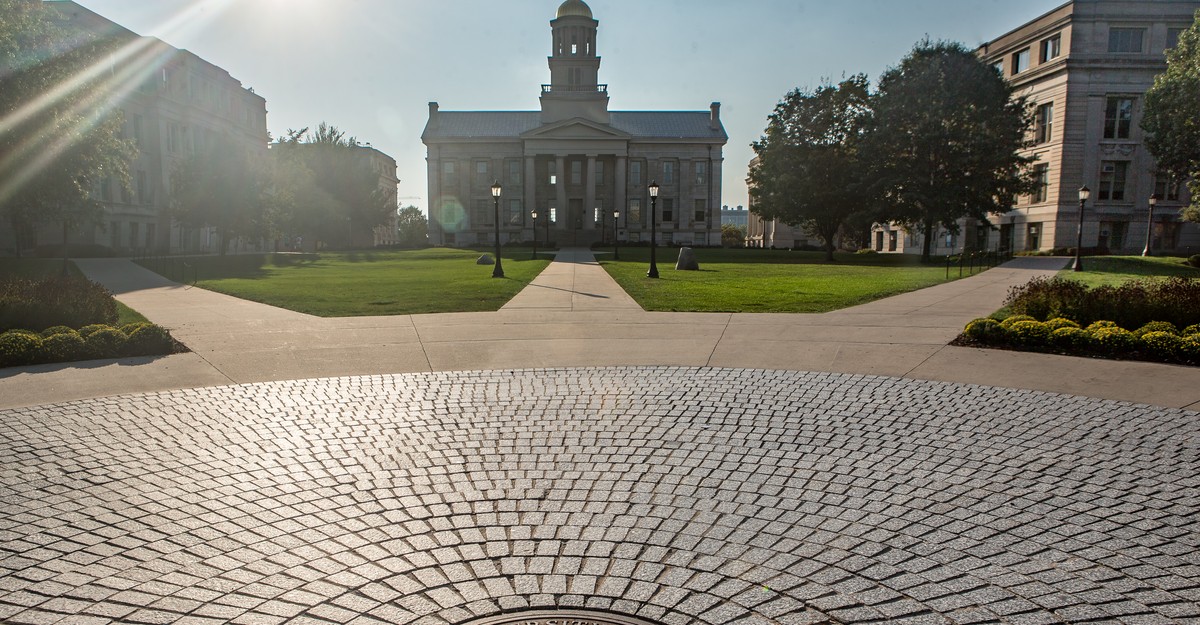 A paragraph regarding the new walk may be found in a Lantern article from September 15, 1914, which is part of a piece on two new buildings on campus:

“A broad walkway, of dark red cement has been built from the main entrance to the Library across the oval to the Fifteenth avenue entrance. Walks to the Chemistry building and to Orton Hall extend from it…..”

The Long Walk did not have a positive impact on everyone on campus.

It was illegal for freshmen to use the Long Walk during the decades of the 1920s and 1930s.

After members of Bucket and Dipper discovered the class insignia of 1935 painted all over the Long Walk in 1931, the freshmen of the class of 1935 found themselves in hot trouble.

All of the freshmen suspected of being involved in the painting were instructed to report to the Oval at 12:30 p.m. every day for an hour-long cleanup session, which would continue until all of the painted numerals were removed.

According to one suspected freshman, who had been assigned the chore of transporting buckets of water from Mirror Lake to the Long Walk as part of the cleanup effort, “I’d rather carry the water from the lake than be tossed into it.”

Students on their way to class for the Long Walk cleanup appeared to have gathered around to observe the freshman at work, according to the students involved.

The event was being seen by up to 60 people, while other freshmen on their way to class stayed away and avoided the area entirely.

Throughout the years, the Oval and the Long Walk have served as the site of a variety of additional student activities.

Check out the Oval photo album on Flickr to see how the campus gathering location has evolved over the years! 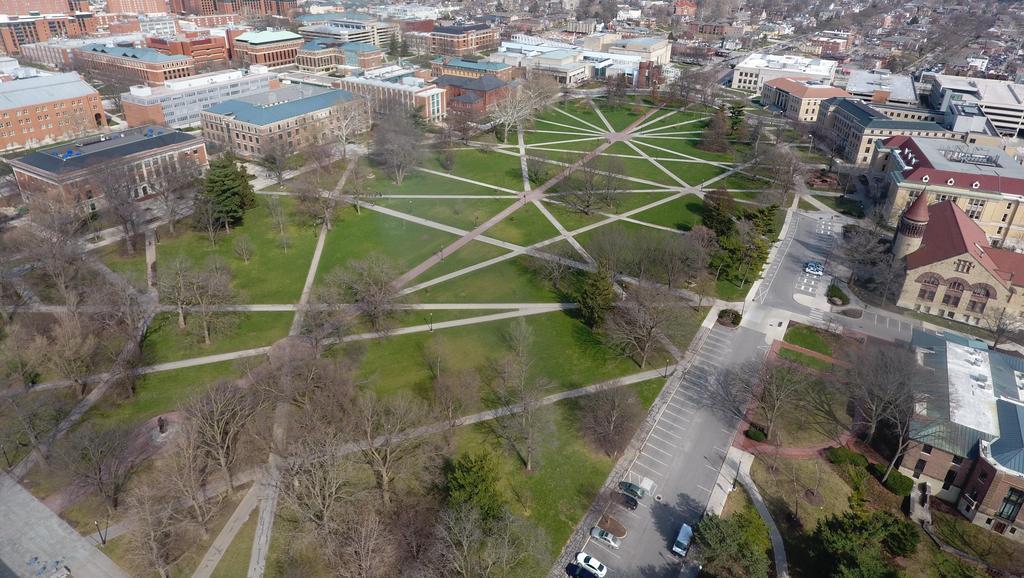 What Is The University Of Ohio State Known For?

The university is well-known for its academic medical center, cancer hospital, and cancer research center, among other things. It also has more than a dozen museums and galleries, a 60-acre arboretum, and a four-acre park dedicated to cancer survivors, complete with sculptures, a promenade, and plaques to commemorate their achievements.

The creation of the Long Walk which was based on walkways utilized by students at Ohio State University, on the other hand, did not appear to generate the level of excitement that one might expect nowadays from the media.