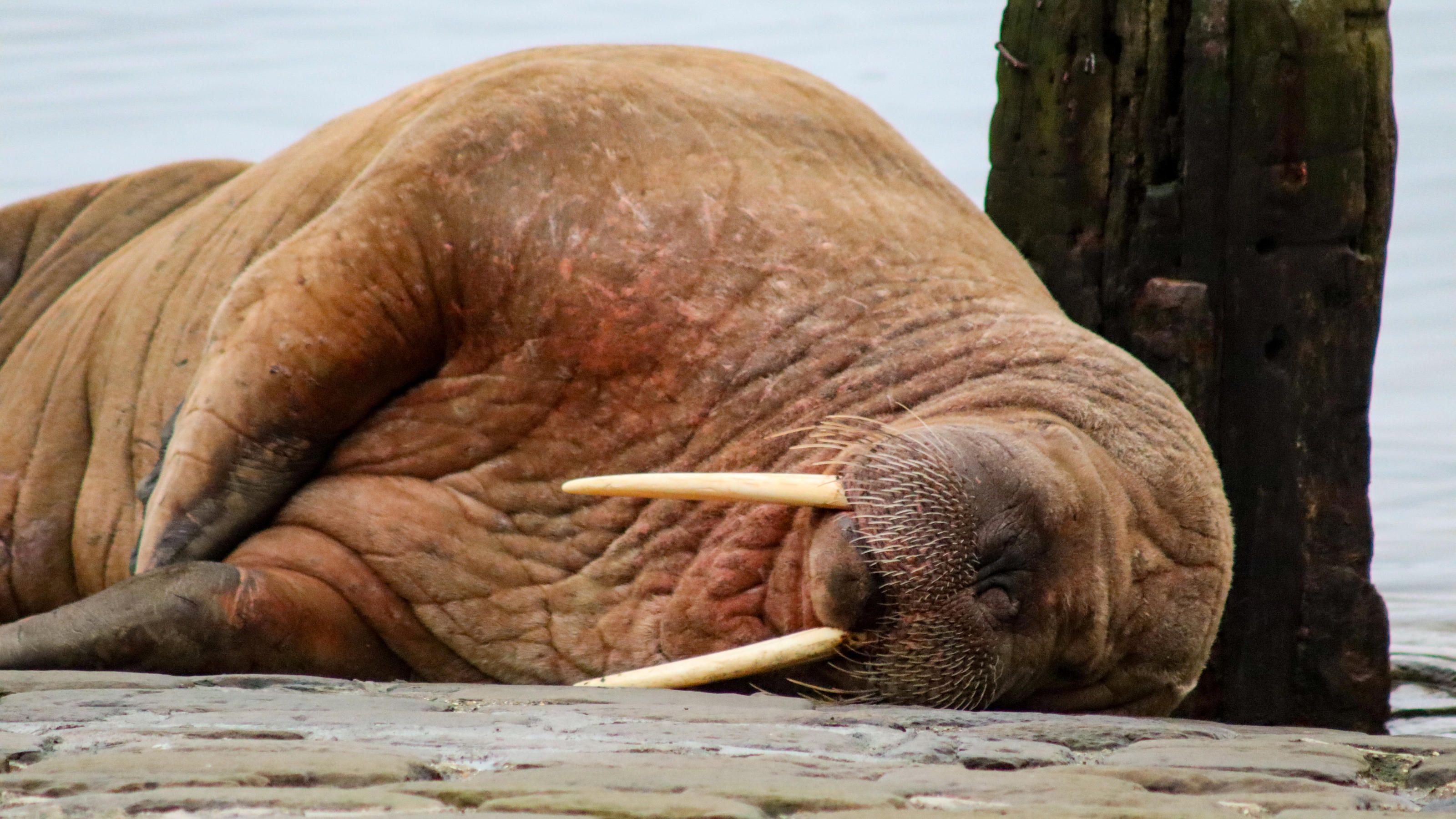 This strange scenario pushed the locals to postpone their fireworks display because of the presence of walruses in the seaside town of New York. The amusing thing here is that this particular whale has been observed doing something unsavoury.

The Arctic walrus is called Thor, and it is thought to be the same animal that was seen earlier in the month off the coast of Hampshire. The local radio station in New York City recorded a video while "Thor" was relaxing on the shore. They wrote a caption that reads:

Welcome to Scarborough ‘Thor’ the Walrus. This is incredibly rare for the UK and never seen before locally. Please respect the cordons in place & keep noise to a minimum say British Divers Marine Life Rescue

The recorded video gained 312K views and more than 2K likes on Twitter. One user wrote the following comment:

He doesn't seem overly concerned about the crowds and chill out about the fireworks, he's just having a rest before he continues his journey and if he feels at all threatened, he'll simply return to the water.

Hopefully little Thor is just taking it easy and rebuilding their strength ready for another swim to another location maybe there is more food this way. Rest easy Thor.

Meanwhile, Geoff Edmond, an inspector for the Royal Society for the Prevention of Cruelty to Animals (RSCPA), has said that the walrus doesn't look sick or hurt, and he has asked people to enjoy the sight without getting too close. He said:

We understand it's exciting and unusual to have the walrus take up a temporary residence, however, it's in his best interests to be left alone as much as possible, so we're asking people to remember he is a wild animal and avoid the temptation to get near to him and disturb him. We would also remind everyone that the walrus is protected under the Wildlife and Countryside Act, 1981, and so disturbing the animal may constitute an offence.

- Geoff Edmond, an inspector for the Royal Society for the Prevention of Cruelty to Animals

Furthermore, Richard Coulson, who lives in the area and is 51 years old, told the PA news agency:

I live just round the corner from where it actually is and the traffic up and down our road - it’s just like a summer’s day, it really is absolutely teeming with cars and people. It’s amazing how much attention it’s brought. It’s been well protected – it’s been cordoned off so you can’t get within 20 feet of it.

Walruses are distinguished by their large tusks and pronounced mustaches. These massive sea creatures can be seen near the Arctic Circle. They are exceedingly social and frequently snort and yell at their buddies. They are highly aggressive during the mating season.

To stay warm in the freezing Arctic Ocean, walruses have wrinkled brown and pink skin, long, coarse whiskers, flat flippers, and a lot of blubber on their bodies. They can slow their heartbeat to survive the cold water temperatures and stay underwater for up to ten minutes.

Walrus Tusks Can Grow To Be More Than 90cm Long

Walruses, both male and female, have long tusks that help them live in the Arctic. These huge marine mammals dig their long tusks into sand, snow, and ice-like ski poles to help them pull their huge bodies out of the freezing ocean water. Also, they are great at breaking through hard ice from below, making breathing holes for walruses to use when they are swimming.

Walruses Are Capable Of Sleeping In The Water

Walruses sometimes look for food in places where there is no ice or land nearby where they can pull themselves out to rest. So they have "pharyngeal pouches," which are air sacs in their throats that can be blown up like pillows. Once their pouches are full of up to 50 liters of air, walruses can fall asleep while sleeping upright. Their portable pillow keeps them from drowning.

Thor, the first walrus sighted in Yorkshire, is thought to have been spotted swimming close to the Hampshire coast earlier in December. He is expected to continue his journey north to his natural home in the Arctic. Since he showed up, Thor has made people look twice.

As a lot of people came to watch the Arctic animal relax at a harbor, the light show was turned off so the animal wouldn't be bothered. But on Saturday, when the two-ton beast seemed to do a solo sex act on the slipway, parents had to cover their kids' eyes.