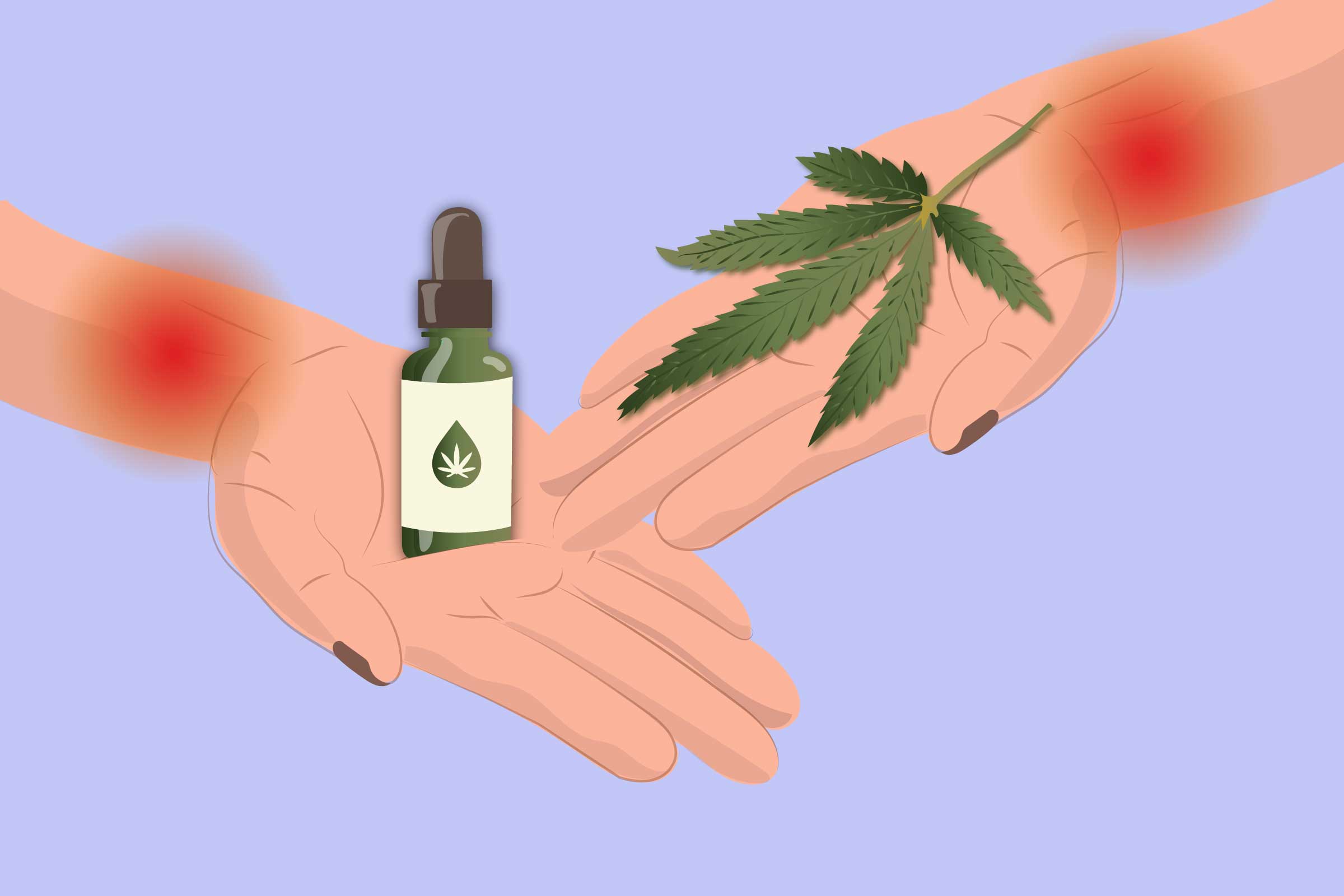 Keep reading to get the answer to this question.

CBD, the non-psychoactive cannabinol found in marijuana, is a therapy option that is gaining popularity and may offer some benefits that are not found in other treatments for arthritis.

It has been demonstrated to lessen the severity of painful and inflammatory symptoms.

In 2018, the World Health Organization (WHO) declared that cannabidiol (CBD) is usually safe for most people and demonstrates no potential for misuse or dependence, as well as no evidence of any other public health-related issues.

In a critical evaluation report on CBD, the World Health Organization (WHO) found that CBD may be helpful in treating a number of long-term conditions, such as arthritis.

The use of CBD as a treatment option for arthritis has rapidly become a common topic of conversation in online support groups and forums.

It's possible that you've come across numerous CBD products, such as oils, oral tinctures, lotions, tablets, gum, and inhalants, being offered in local stores or online.

Even big drugstore chains like CVS and Walgreens have said that they want to start selling certain CBD products in locations in certain states at the start of this year.

CBD's anti-inflammatory properties may also help slow or stop the progression of rheumatoid arthritis (RA), a condition that damages your joints in a way that can't be fixed.

Inflammation can cause a number of other RA symptoms, such as fatigue and fever, which could also get better if you do these things.

Patients Discuss Their Experiences With CBD

In 2016, amid a particularly excruciating episode of endometriosis pain, April Olshavsky had her first encounter with CBD.

She explains, “Normally this would have sent me to the emergency room; I was doubled over in pain.”

However, she was able to avoid going there this time.

She inhaled a vaporized version of CBD, and she noticed almost immediately that her muscles had begun to relax, which made the discomfort she was experiencing more manageable.

She prefers topical CBD ointments because of their ability to target her sore joints individually; however, she says that many of her clients who have inflammatory types of arthritis prefer daily tinctures, which are oral suspensions that are taken under the tongue to help with inflammation and flare-ups.

She says that this is because tinctures are easier to take.

It's True That CBD Is Beneficial, But It's Not A Miracle Cure

Some people claim that consuming CBD had a "life-changing" effect on them, while others, like Jessie Abdullah from British Columbia, Canada, saw benefits, but they were not as significant as the former.

She says that the first time she tried using CBD oil for her rheumatoid arthritis, the results were "a big nothing."

She was eager to give CBD, which she'd read about in forums on the internet, a shot to treat the ailment that had just been identified as hers.

She borrowed a couple of capsules containing CBD oil from a friend, and then she waited. And kept quiet.

She did not feel any sensations whatsoever.

She did daily sublingual CBD drops, as per her doctor’s advice, and took her prescribed drugs faithfully.

"It took a good six weeks to see results after starting methotrexate but I think the CBD helped me get through that time,” she said.

“For me, it really is the two together. I think the CBD has helped lessen my flare-ups and improved my mood, helping me cope with my diagnosis better,” she added.

CBD Helps Me Sleep Through The Night Again

In Los Angeles, California's Carmen Martinez's case, it had been more than three years since she got a full night's sleep.

Because of the pain and swelling caused by her psoriatic arthritis, she would wake up as soon as she felt comfortable, giving her the impression that she was a walking zombie.

Then, approximately three months ago, her physician suggested that she investigate the use of CBD oil.

He began administering an oral tincture to her, instructing her to place two drops of it under her tongue twice daily.

“The results have been beyond what I dreamed. I can sleep eight hours at night and I’m not feeling depressed anymore,” she said.

“For years I felt like there was no light at the end of the tunnel and now I have hope. I never thought I’d be able to say that.”

How Well Does CBD Work For Arthritis?

How Long Before CBD Takes Effect For Pain?

Within half an hour, you ought to be able to feel the results. Try using a CBD-infused balm or lotion if you are looking for relief from your pain. It could ease the aching that comes from arthritic joints or the soreness that comes from irritated muscles.

Two case studies published in 2020 suggest that applying topical CBD to an injured back may be a useful treatment for reducing inflammation and blocking pain during the rehabilitation process of a back injury, in addition to treating nerve pain.

After reading this article, you will understand what does using CBD for arthritis feel like to arthritis patients.

Have you heard that CBD as a food product has been in the industry for some time?