What Flavor Is Red Velvet? Interesting Facts About The Famous Cake 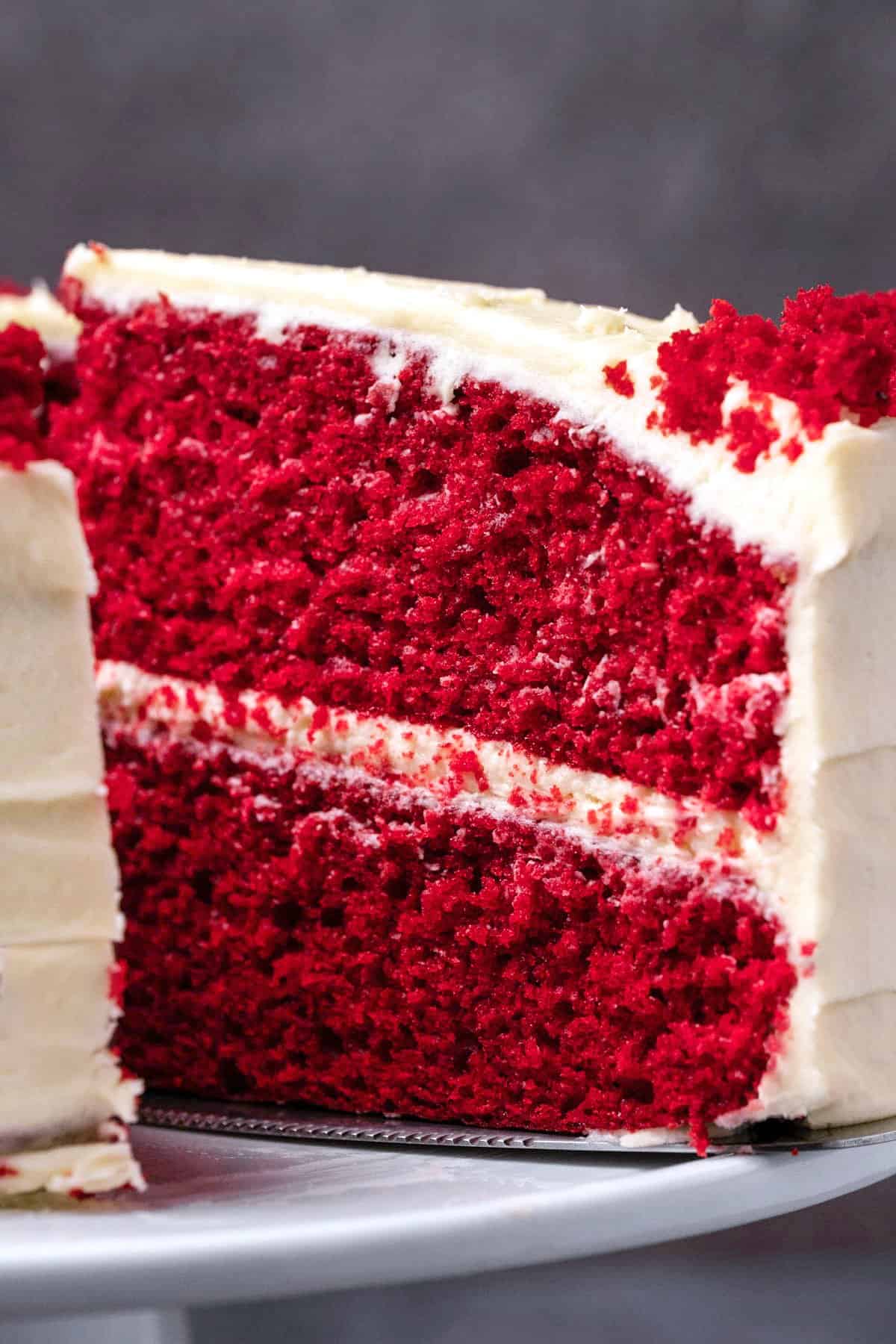 What flavor is red velvet? The flavor of red velvet cake is similar to a very mild chocolate with a hint of tartness. The flavor that stands out the most is the cream cheese icing. The texture, smooth, soft, sensitive, and light with creamy icing, maybe even more significant than the flavor.

What Is Red Velvet Cake?

Red velvet cake, a favorite in the southern United States, is a vanilla cake that has been flavored with red food coloring and a few tablespoons of cocoa powder. Buttermilk and vinegar add acid to the batter, giving it a little tanginess that counteracts the sweetness of the customary cream cheese-butter frosting. The cake has a very delicate, smooth, and soft crumb.

No, it is not JUST a chocolate cake. It's a mixed of chocolate, vanilla, and a bit of acid.

What Makes Something Red Velvet Flavor?

When compared to other original recipes posted online, red dye and vinegar additions are really the only things that distinguish red velvet. The reaction between the vinegar, buttermilk, cocoa, and dye results in the well-known flavor and color.

What Flavor Is Red Velvet Chocolate?

Simply put, red velvet is a combination of the flavors of vanilla, chocolate, and a little acid.

Why Is Red Velvet Cake Red?

The red color of the cake is the result of a chemical reaction between acid and cocoa. Because of its high acidity, natural cocoa pairs well with buttermilk and baking soda. The cocoa gives the cake a delicious chocolate flavor and a nice, soft texture.

What flavor is red velvet? It is mild chocolate. Older recipes called for a small amount of vinegar, which, when combined with the chocolate, produced a red color. People kept doing it because they thought it looked cool. Nowadays, food coloring causes it to be typically red. The flavor is nevertheless based on buttermilk and chocolate.