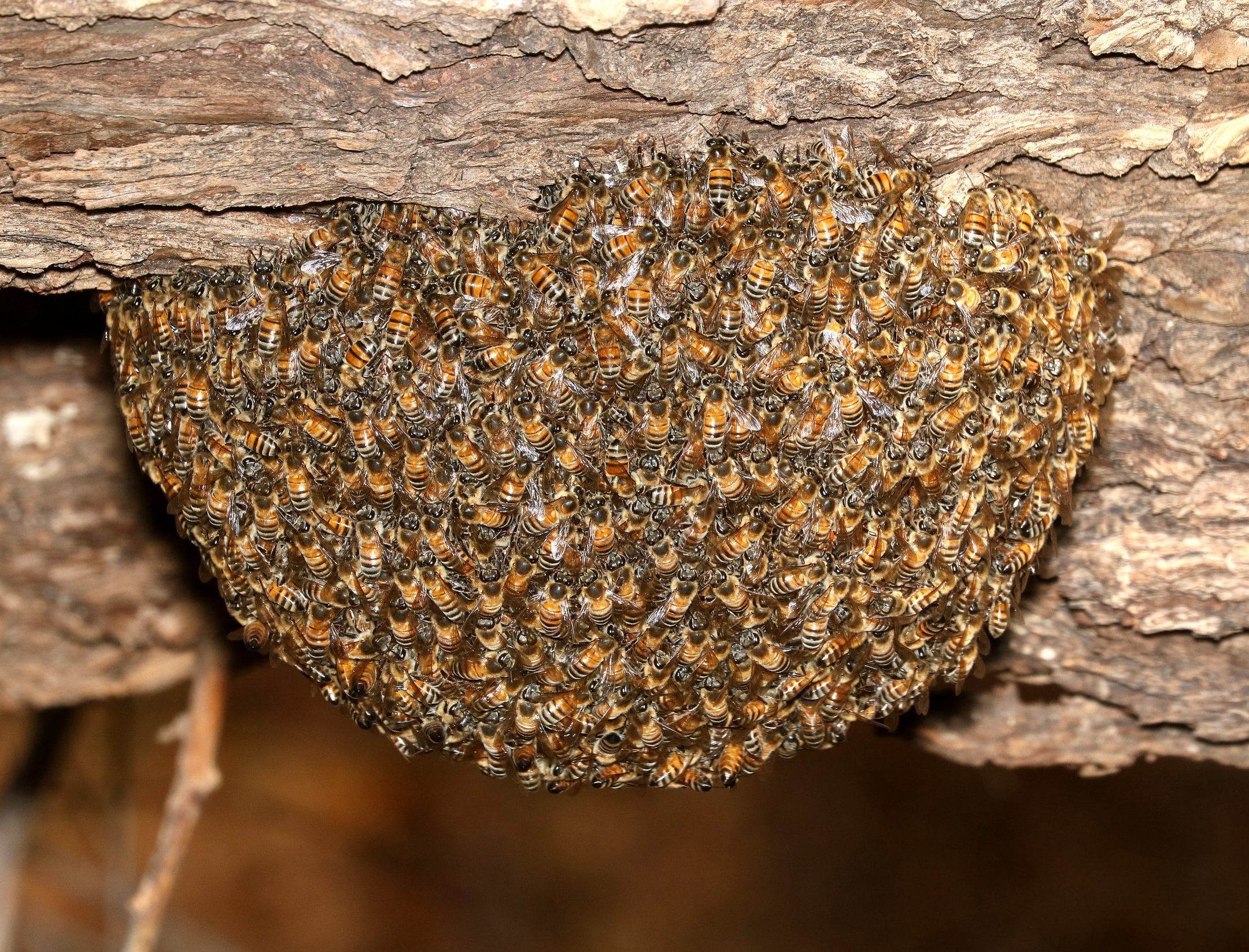 Approaching predators appear to be scared off by the sight of giant honeybees flicking their abdomens upward in unison, sending waves rippling across their exposed nests. A new study is finding out more about what triggers giant honeybees to do the Mexican wave pattern aka "shimmering."

Giant honeybees create shimmering waves to protect themselves from predatory wasps, among other things. Recent research has shown that specific chemicals on the nest surface are what cause these social waves. The first to flip their abdomens in response to a frightening cue are these elite agents. 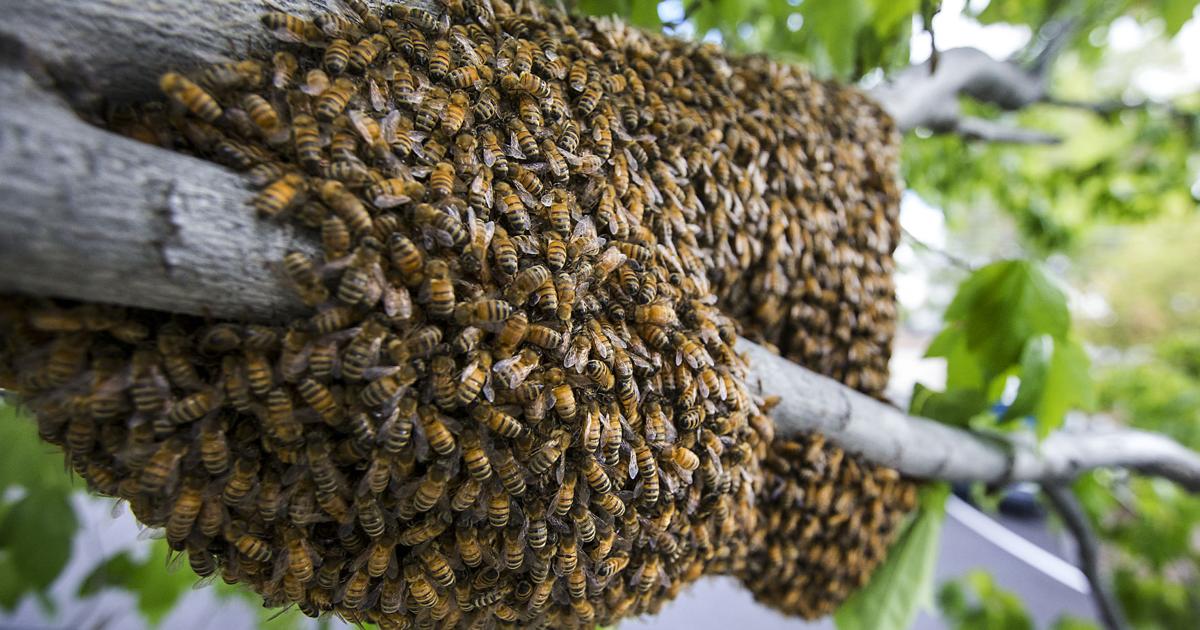 Honeybee hive on a tree branch

According to a study published in the September issue of the Journal of Experimental Biology, what triggers giant honeybees to do the Mexican wave pattern or "shimmering" is when the bees are shown a dark object that moves against a light background in conditions of intense ambient light.

The design of the experiment is like that of hornets, which are one of the main things that kill bees, and shows what visual cues cause the behavior, according to the researchers.

Kavitha Kannan, a neurobiologist at the University of Konstanz in Germany who did not take part in the study, says that the behavior is interesting because it is likely one way that animals of the same species let other animals know that they can protect themselves.

Apis dorsata and other large honeybee species frequently build open nests that are exposed by other objects in places like tree branches and window sills. Two A. dorsata nests in roof rafters were used by the researchers in the latest study.

Sajesh Vijayan, a behavioral ecologist, moved round cardboard pieces of various sizes against a gray or black background while standing close to the hives. When a black object moved against a gray background, the bees shimmered, but not when the contrast was reversed.

Sajesh, who goes by his first name as is customary in many regions of southern India, speculates that this is because the black-on-gray arrangement "resembles a natural predator or a natural situation." Since they are open-nesting colonies, they are constantly exposed to the sun.

The researchers found little shimmering during the gloomy dawn and dark hours. Since shimmering is a way to get the attention of a predator or other unwanted guest, like a bee from another colony, the researchers think that there may be other defensive actions going on when there isn't much light.

We also think that shimmering is a specialized response towards hornets because it has not really been reported in cases of birds attacking or birds flying past these colonies. Birds, instead, elicit a mass stinging response. That could be because approaching birds loom comparatively large in the bees’ visual field.

Even after the bees were exposed to the artificial setup over and over again, their shimmering power didn't go away. This could be because it's best to be on guard against persistent predators like hornets.

The researchers intend to delve deeper into that issue, "They could be actually seeing this object moving, or they could just be responding to a reduction in their visual field."

In order to determine what kinds of shapes and even motions might matter to the bees, they are also designing other trials with LED displays to change the backdrop colors, patterns, and object shapes.

How Do Bees Shimmer?

When hundreds or even thousands of individual honeybees twist their abdomens upward in a split second to create a Mexican wave-like pattern over the bee nest, it is referred to as "shimmering" in enormous honeybees.

Why Do Bees Wave?

Bees respond to the predatory threat of hornets hovering nearby by creating a ripple of bees or by creating a wave of bees. They coordinate the movement of their abdomens to create a protective wave that could fool the hornets. However, they end up appearing more like spectators performing the stadium wave.

How Honey Bees Protect Their Hives?

Giant honeybees have developed a formidable defense system to stop any attacks on their hive. A sizable contingent of stinging guards that will fly after and attack potential predators can be quickly mobilized by them. Also capable of reaching temperatures of above 100 degrees Fahrenheit is their abdomen or shimmering.

After learning what triggers giant honeybees to do the Mexican wave pattern. Here is a very interesting fact about the shimmering process.

Despite the fact that shimmering is a collective, synchronized, and cascading behavior, each agent appears to have the choice of participating or not. Those agents who do take part also rotate their stomachs up to 120 degrees at different speeds.