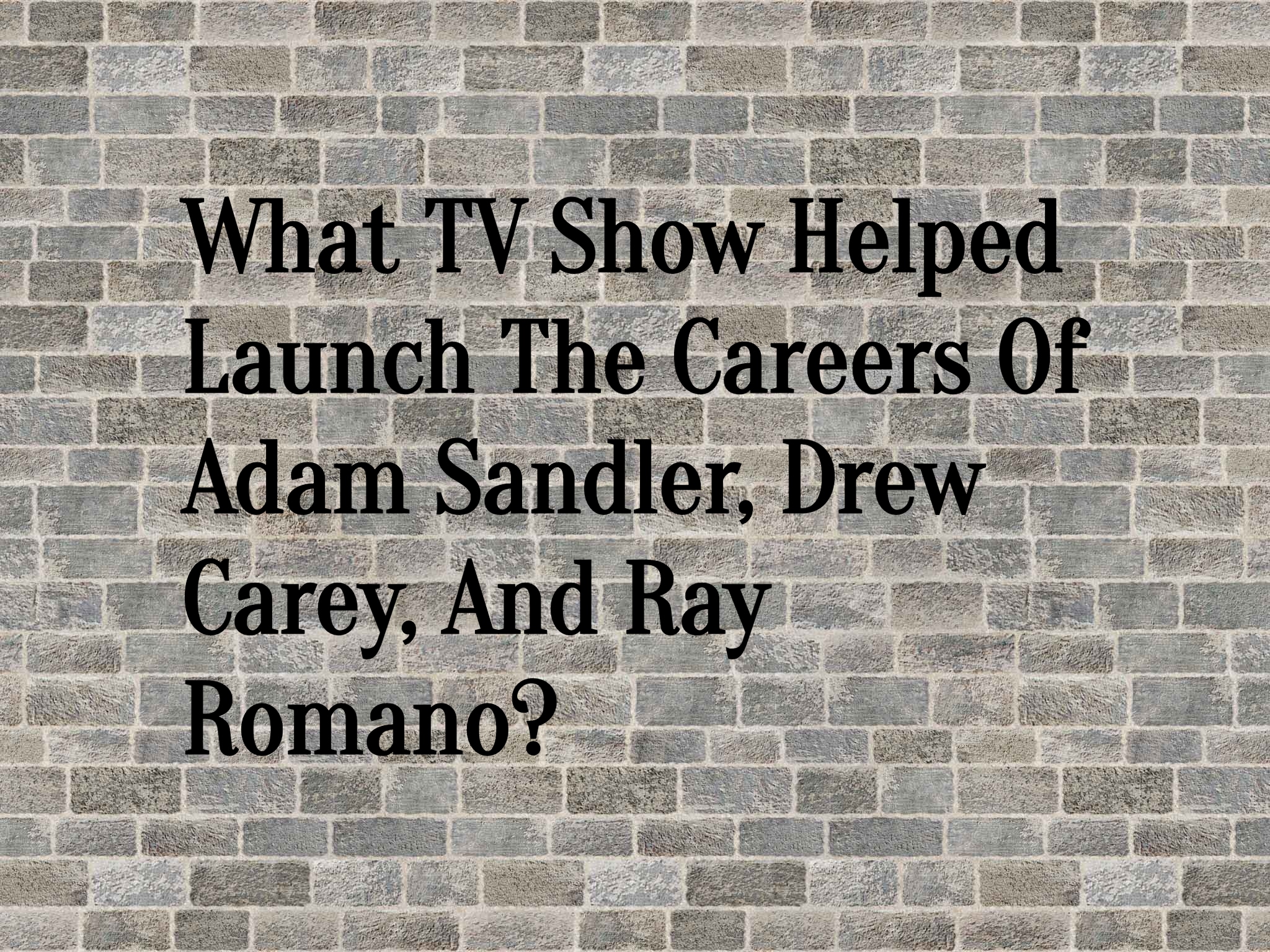 What tv show helped launch the careers of Adam Sandler, Drew Carey, and Ray Romano? It was the "Star Search" show. Back in the day, many celebrities appeared on Star Search with the hopes of launching their careers.

The show sought talent in a variety of areas, including singing, dancing, and even humor. Some of the most famous celebrities have participated on the show, and many careers have been launched as a result of a venue where everyone and anyone may demonstrate their abilities.

Despite the fact that many celebrities have appeared on Star Search, many of them did not win, which seems surprising given their wealth and celebrity now. So, what tv show helped launch the careers of Adam Sandler, Drew Carey, and Ray Romano?

People like Britney Spears, Adam Sandler, Ray Romano, Alanis Morissette, and LeAnn Rimes can be found in the previous episodes of the show Star Search. Star Search helped start all of these professions.

Celebs Who Got Their Start On Star Search

Drew Carey had to start somewhere before becoming the presenter of The Price Is Right. In 1988, he decided to try out for Star Search, where he presented a stand-up comedy routine.

Drew, like many other celebrities who have appeared on the show, did not win. He was defeated by a comedian named Joe Yannetty. Despite not winning, Drew Carey has gone on to have a highly successful career as a comedian, actor, and game show presenter.

Adam Sandler is now one of the most well-known comedians and actors of all time. He didn't get there overnight, but with the support of Star Search, he was able to get his career off to a good start.

Adam was on the show in the 1980s, where he, of course, performed a stand-up comedy routine. He did quite well, and that was sufficient to get his name out there. Adam Sandler's appearance on Star Search was just the beginning, and the rest, as we all know, is history.

Before everyone adored Raymond, comedian Ray Romano had to win over the judges on the show early in his career.

Although no traces of the event have been discovered on the Internet, none other than Ray Romano competed on Star Search in the 1990s. Unfortunately, he did not outperform his future Everybody Loves Raymond co-star, champion Brad Garrett.

When Garrett appeared on the show, he vastly outperformed Ray Romano's time there. However, it is safe to conclude that Romano made up for his loss with future victories.

Who Was The First Star Search Winner?

Who Was On Star Search At 10 Years Old?

Britney Spears was on Star Search at 10 years old.

Who Made It Big Off Of Star Search?

What tv show helped launch the careers of Adam Sandler, Drew Carey, and Ray Romano? The show was Star Search. From 1983 through 1995, Star Search was a television show.

Britney Spears, Drew Carey, Rosie O'Donnell, and Justin Timberlake are all enormous stars now, but the judges on Star Search didn't think they had what it took back in the 1980s.

They all failed on the popular TV talent show, but their presence helped them establish their careers. Future stars such as LeAnn Rimes, Dennis Miller, Christina Aguilera, Sinbad, Alanis Morisette, Ray Romano, and Adam Sandler appeared on the show, which was hosted by Ed McMahon.