What Was The First U.S. Consumer Product Sold In The Soviet Union? 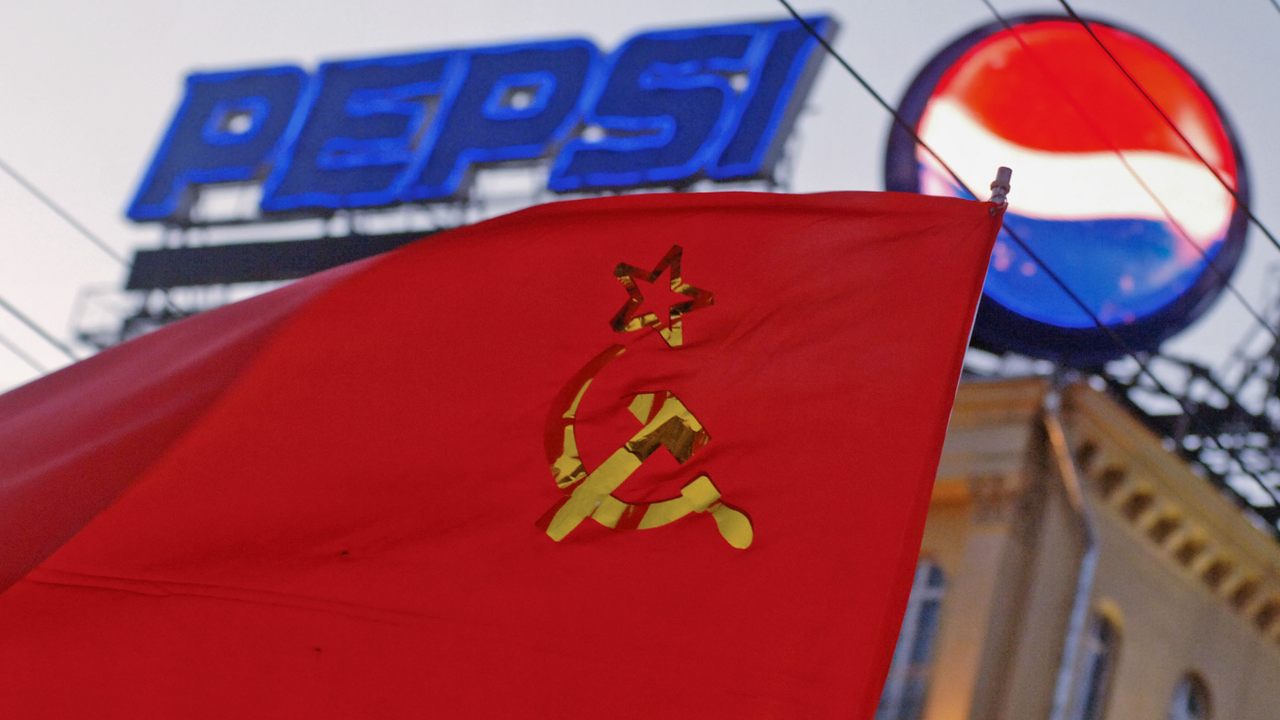 In a barter deal reached with the Soviet government in 1972, PepsiCo received the right to export and promote Stolichnaya vodka in the West in return for importing and marketing Pepsi-Cola in the Soviet Union.

In accordance with the contract, PepsiCo began supplying concentrate and machinery for 10 upcoming production facilities where concentrate would be diluted, bottled, and shipped across the nation.

But there was one problem: money. Due to Kremlin currency regulations, Soviet rubles could not be traded internationally, and it was also prohibited for anyone to go abroad with them.

As a result, a barter agreement was struck in which Pepsi concentrate and the right for its liter-for-liter distribution in the United States were exchanged for Stolichnaya vodka.

When the plant first opened, many Soviet citizens went to Novorossiysk for two reasons: to take a vacation on the Black Sea and to try Pepsi.

By the end of 1982, seven more facilities were running in Moscow, Leningrad, Kiev, Tashkent, Tallinn, Alma-Ata, and Sukhumi.

How Did People Buy Things In Soviet Russia?

Like most people in the "non-Western" world, most Soviet citizens throughout the Soviet era made their purchases at small, frequently specialized service counters.

When Was Pepsi Allowed In The USSR?

Officials from Kendall and the Soviet Union announced a deal in 1972 under which equivalent amounts of Pepsi would be exchanged for Stolichnaya and Sovetskaya vodka.

How Did People Get Food In The Soviet Union?

In the USSR, food was produced either by state agricultural enterprises (sovkhóz) or collective farmers on public land (kolkhóz). Production plans were given to each one of them. The state took the production and sent it to state-run businesses for processing.

What Did Pepsi Do With The Soviet Ships?

It has frequently been asserted that Pepsi developed one of the largest fleets in the world by acquiring these ships. The ships that were bought as part of the 1989 deal were never given to the Norwegian company. Instead, they were sent to a scrap yard because they were out of date.

Why Did The Soviet Union Have Food Shortages?

The Soviet Union in particular had trouble getting enough food because farming had slowed down.

What was the first U.S. consumer product sold in the Soviet Union? The first American consumer goods to be produced and marketed in the former Soviet Union was Pepsi.