Which Christmas Song Was Banned By Many American Radio Stations Last Year? 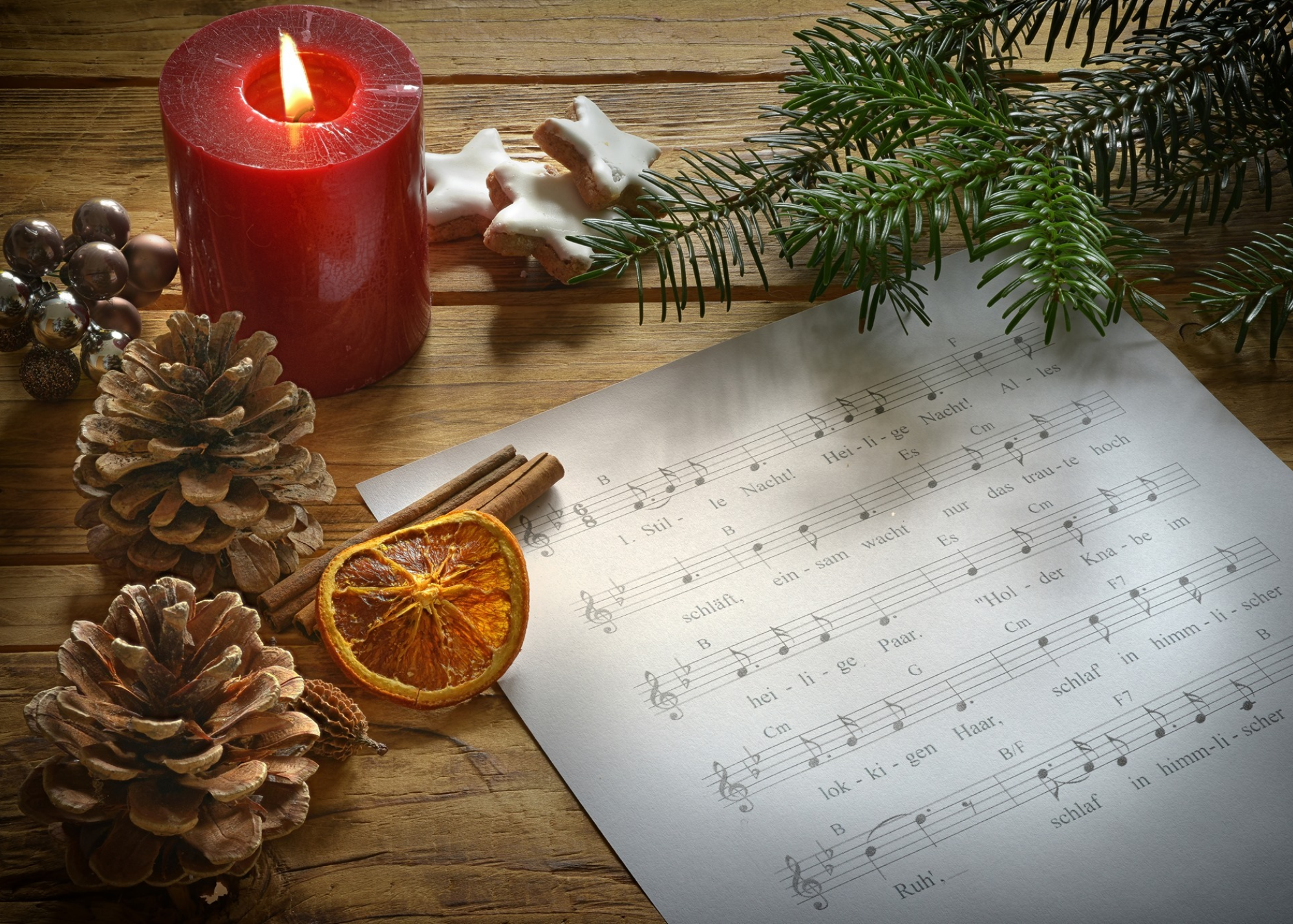 Christmas is a holiday that commemorates the birth of Jesus, despite the lack of evidence that he was born on December 25. This celebration is marked by giving and receiving gifts and singing a Christmas carol with your family. But which Christmas song was banned by many American radio stations last year?

"Baby, It's Cold Outside" was thought to be a harmless song in the middle of the 20th century. But some radio show hosts have stopped playing it completely. They brought up the lyrics, which many people today would recognize as clear cases of sexual harassment.

This is just one example of a controversy surrounding a Christmas song that dates back hundreds of years. The following are some examples of traditional Christmas music that has found its way onto a list of songs that should not be played during the holiday season. 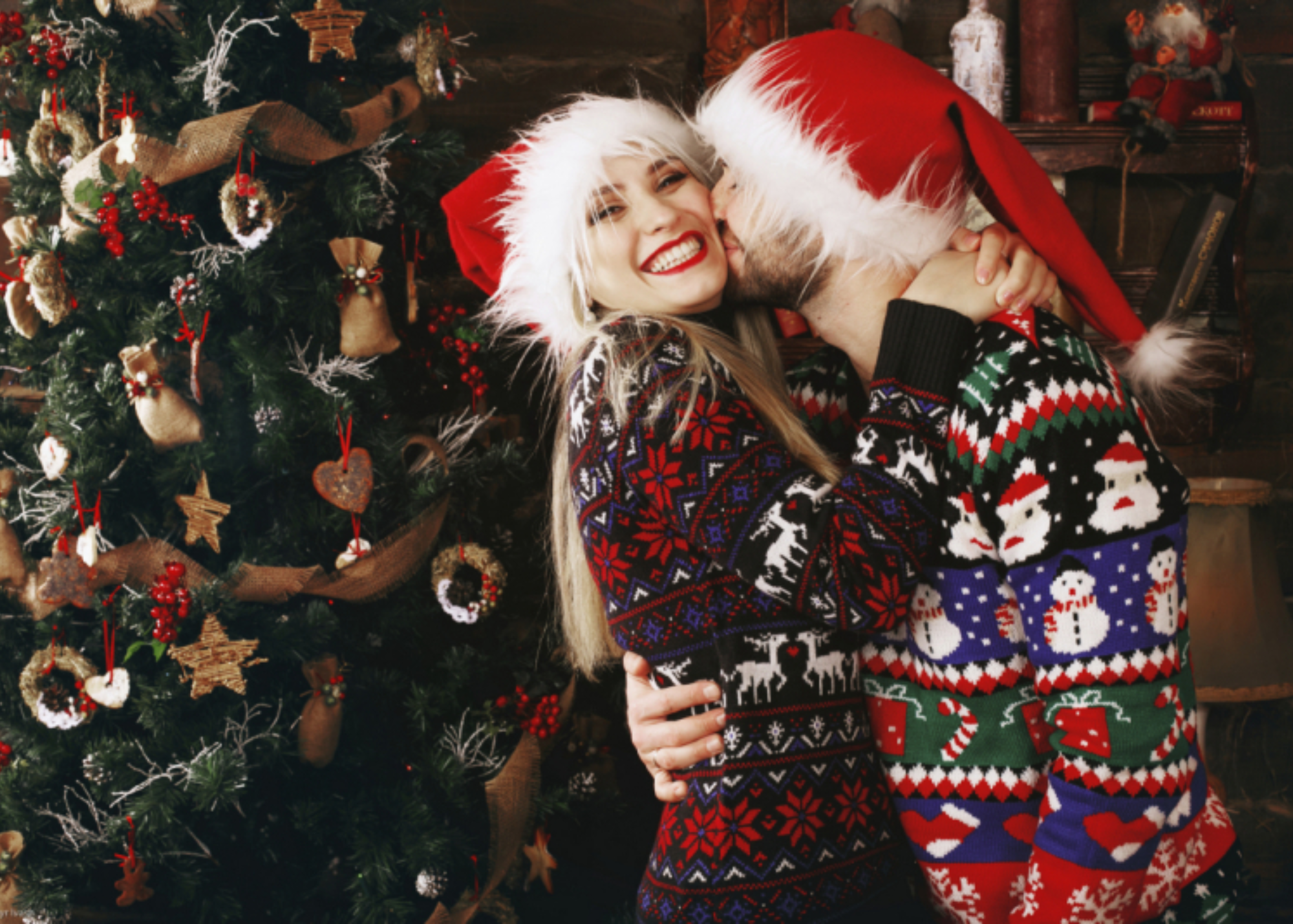 A man kissing a woman, with a Christmas tree in the background

Written by British songwriter Tommie Connor and originally recorded by Jimmy Boyd in 1952, "I Saw Mommy Kissing Santa Claus" is a classic Christmas tune. Several artists have since recorded their own versions of the song, with The Ronettes' 1963 rendition ranking among the most well-known.

Recorded on July 15, 1952, when he was just 13 years old, Jimmy Boyd's original version topped the Billboard pop singles chart in December of that year.

The song tells the story of a child who comes downstairs on Christmas Eve from his room and sees his mother kissing "Santa Claus" under the mistletoe. At the end of the lyrics, the child wonders how his father will react when he finds out about the kiss.

He has no idea that Santa Claus could be his father in costume. When Boyd's record came out, the Roman Catholic Church in Boston condemned it because they thought it was about an affair or adulterous behavior.

Specifically, the Catholic Archdiocese of Boston criticized the song, and a radio company in West Virginia told its stations not to play it. One company official even called it "an insult to Santa Claus." People in West Virginia were so angry about the radio ban that it was overturned in less than two weeks.

The Archdiocese is also said to have changed its mind after Boyd met with church leaders in Boston. A freckly 13-year-old Boyd explained that Mommy and Santa were actually husband and wife.

Meanwhile, Peter Marsh, a counselor at elevensix counseling, was surprised to find out what this song was really about. He said

I had interpreted the meaning of the song through the false conclusions from my childhood. I never saw my parents show affection or even kiss. So when I heard the song "I Saw Mommy Kissing Santa Clause" it was filtered through the dysfunction of my childhood and I concluded it was about being unfaithful. I was dumbfounded when I realized the true meaning of the song that daddy was Santa Claus.

Marsch understood what the song was really about when he was having fun with his large family. His nephew, who is 22 years old, told him what this song is really about. He was shocked to find out that he had been wrong about this song for more than 50 years.

Lyrics Of The Song

Underneath the mistletoe last night.

She didn't see me creep

Down the stairs to have a peep;

She thought that I was tucked

Up in my bedroom fast asleep.

Underneath his beard so snowy white;

Oh, what a laugh it would have been

If Daddy had only seen

André Rieu and His Johann Strauss Orchestra perform "Minuit Chrétiens." Below is an excerpt from the DVD Home for the Holidays.

Before it became a Christmas song in English, "O Holy Night" was a French song called "Minuit, Chrétiens," which means "Midnight, Christians." In the 1840s, a clergyman in the town of Roquemaure asked a local poet named Placide Cappeau (spellings vary) to write a new Christmas hymn. The words were set to music by Adolphe Adam.

At a midnight mass on Christmas Eve in 1847, the first performance of "Minuit, Chrétiens" took place. Throughout the next few years of Advent celebrations in southern France, the song was a smash hit, but eventually, its authorship and composer were questioned. Placide Cappeau was known as a poet, but he was also known as a drunk and a political radical, which the authorities found out.

Meanwhile, the local parish priest mistook Adams for a Jew but discovered that he was an atheist. They are mad that a popular Christmas song was written by someone who didn't even celebrate Jesus' birth.

The top leaders of the Catholic Church said that "Minuit, Chrétiens" was not good enough to be sung in church, so it was banned. If not for a music-loving Unitarian minister who heard it for the first time in 1855, the hymn might have been forgotten.

John Sullivan Dwight was a passionate anti-slavery activist. A part of Cappeau's third stanza moved him. When it was translated into English, it said, "He shall break the chains, for the slave is our brother." This indicates that he was opposed to slavery and social inequality.

The lyrics were turned into English almost a decade after the song was first written. In 1855, Minister John Sullivan Dwight turned the original French lyrics into the ones we sing today. The lyrics of this famous Christmas song is shown below:

It is the night of the dear Saviour’s birth;

Long lay the world in sin and error pining,

'Till he appeared and the soul felt its worth.

A thrill of hope the weary world rejoices,

For yonder breaks a new and glorious morn;

Fall on your knees, Oh hear the angel voices!

O night when Christ was born.

Led by the light of Faith serenely beaming;

With glowing hearts by his cradle we stand:

So, led by light of a star sweetly gleaming,

The King of Kings lay thus in lowly manger,

In all our trials born to be our friend;

He knows our need,

To our weakness no stranger!

Before Him lowly bend!

Truly He taught us to love one another;

His law is Love and His gospel is Peace;

Chains shall he break, for the slave is our brother,

And in his name all oppression shall cease,

Sweet hymns of joy in grateful Chorus raise we;

Let all within us praise his Holy name!

Christ is the Lord, then ever! ever praise we!

His pow'r and glory, evermore proclaim!

His pow'r and glory, evermore proclaim!

A 1986 Single "Christmas At Ground Zero"

Al Yankovic's 1986 song "Christmas at Ground Zero," with lyrics like "We can dodge debris while we trim the tree/Under the mushroom cloud," made fun of the nation's Cold War fears, and radio stations quickly stopped playing it.Yankovic told a joke to the San Antonio Current in 2013:

"For some reason, [radio stations] didn’t think it was appropriate to have a song about nuclear destruction during the holidays."

People started saying "Ground Zero" to talk about where the 9/11 attacks on the World Trade Center happened, so he stopped doing it in his live shows. Even though Yankovic's parody of a Christmas song isn't a classic, it did stop his record label from bugging him to make a full holiday album. In a 2022 interview with Songfacts, Lily Hirsch, the author of Weird Al: Seriously, said:

When Al wrote that song in 1986, it was a reference to the center of a nuclear blast. But, after the terrorist attacks of September 11, 2001, the term 'ground zero' changed in meaning. And now that song just doesn't really work because most people assume it has something to do with 9/11.

There's music in the air

The sleigh bells are ringing, and the carolers are singing

While the air-raid sirens blare

The button has been pressed

The radio just let us know

That this is not a test

The button has been pressed

The radio just let us know

That this is not a test

'Cause it's Christmas at ground zero

There's panic in the crowd

We can dodge debris while we trim the tree

Underneath the mushroom cloud

Or Jack Frost on your windowsill

But if someone's climbing down your chimney

You better load your gun and shoot to kill

Oh, it's Christmas at ground zero

And if the radiation level's okay

I'll go out with you and see all the new

I'll duck and cover with my Yuletide lover

Now the missiles are on their way

What a crazy fluke, we're gonna get nuked

On this jolly holiday

What a crazy fluke, we're gonna get nuked

On this jolly holiday

The Pogues' "Fairytale of New York," a folksy duet by The Pogues and Kirsty MacColl, became a UK holiday classic as soon as it came out in 1987. In the second half of this terrible fairy tale, the singers insult each other with harsh words. It includes a gay slur that comes before a line that ends with "maggot."

Since the word is now used as a homophobic slur, people have argued for years about whether or not the song, which Kirsty MacColl sings in a duet with Shane MacGowan of The Pogues, is offensive. Others say that the word should be taken as traditional Irish slang for "lazy person" because of how it is used in the song.

This Christmas, BBC Radio 1 won't play the original version of Fairytale of New York by The Pogues and Kirsty MacColl because some of the lyrics could be offensive to its listeners. The station said that young people were especially sensitive to words that were hurtful about gender and sexuality. Instead, it will play a version that has been changed so that MacColl sings different lyrics.

Baby It's Cold Outside Lyrics

You can get into the holiday spirit by listening to popular and traditional holiday music. We've made the ultimate Christmas playlist with all of your favorite happy songs. Here are some of them:

We just couldn't limit ourselves to one Crosby song; his poignant Christmas tune is a beautiful ode to the soldiers fighting in WWII.

Have Yourself a Merry Little Christmas (1944)

This gentle Christmas song was originally recorded by Judy Garland for the musical Meet Me in St. Louis, which follows the lives of four sisters as they come of age and prepare to relocate to New York.

This is a familiar voice from your childhood because Gene Autry sang it, along with "Rudolph the Red-Nosed Reindeer."

Frank Sinatra's jazzy holiday tune is about the season we all love to hate: cold, wintry weather. It wasn't included on his first Christmas album, but it was included on the revised version.

Why Did Baby It's Cold Get Banned?

"Baby, It's Cold Outside" was a popular Christmas song, but some people thought it was inappropriate. According to a June 27, 1949, TIME article, "Queasy NBC first banned the lyrics as too racy, then decided they contained nothing provably prurient, and put the tune on the air. Baby hit the hit parade and began climbing."

What Christmas Songs Are Controversial?

Do Radio Stations Still Play Baby It's Cold Outside?

This holiday season, the song got a lot of attention when Cleveland radio station WDOK said it would stop playing it because some listeners said the song's lyrics didn't fit with the #MeToo movement. Now, radio stations all over the United States are starting to do the same thing, and listeners have mixed feelings about it.

You have reached the end of this article! You already know which Christmas song many American radio stations banned last year. It serves as a good reminder that when writing a song, we should be sensitive to the feelings of the various listeners.