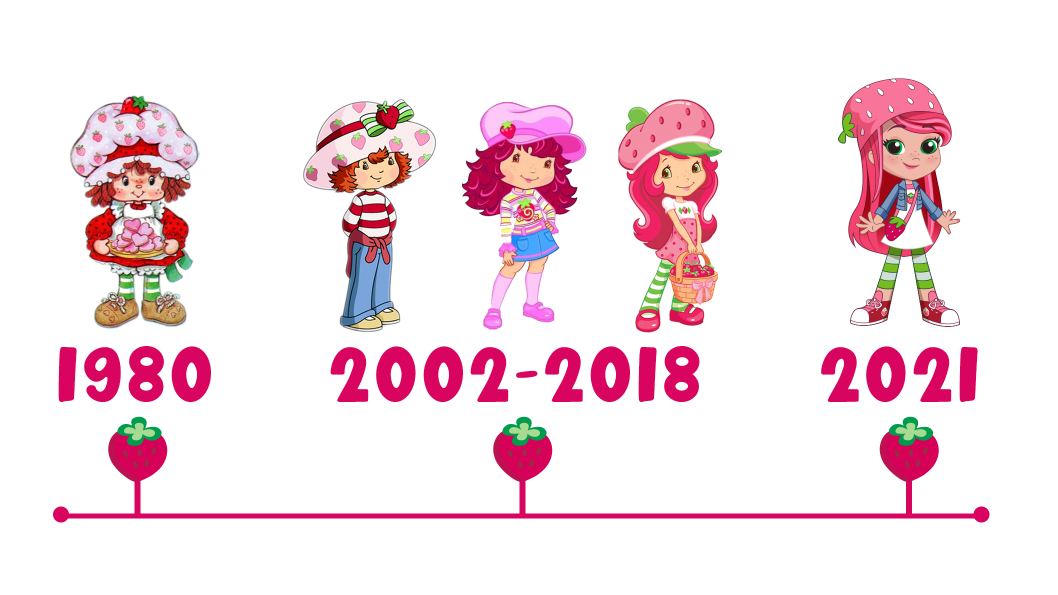 Strawberry is a greeting card cartoon character that became so popular that she had her own line of toys, posters, and subsequently appeared on television and in films.

She's a collector's favorite, and after a few makeovers over the years, she's been restored to her former beauty to celebrate her 40th birthday.

Her berry bungalow is home to Custard, Apple Dumplin's cat, and Pupcake the dog. She had a filly named Honey Pie Pony in the 2003 series.

In the 1980s, Strawberry was six years old. She's either fresh out of high school or a successful businesswoman. Strawberry can drive a car in the 2003 edition, and she owns the Berry Café in the 2009 version.

She was dubbed "Girl with a Daisy" because she initially appeared on a greeting card in 1973, carrying, you guessed it, a daisy. Barbi Sargent was given the job in July 1977 to produce four "leader cards" (cards created to assess the popularity of potential new designs) portraying the "Strawberry Shortcake" figure in full color.

Lynn Edwards was the line's editor, and she created the personality profiles, as well as the storyline and philosophy. The first doll was a rag doll conceived by Muriel Fahrion and made by Fahrion's sister, Susan Trentel.

Kenner Products introduced the first Strawberry Shortcake doll in 1979. She was a classic rag doll, complete with freckles, a mop of red yarn curls, and a strawberry-printed bonnet.

All of the other characters' dolls, like the Strawberry Shortcake doll, had hair scented to match their dessert motif. Strawberryland was a magical paradise where the characters lived and played.

Which Company Created The Character Strawberry Of The Series?

Does Hasbro Own Strawberry Shortcake?

No. Hasbro sold the toys to The Bridge Direct in 2014.

What Cartoon Is Strawberry Shortcake From?

Strawberry Shortcake is a 2003 American direct-to-video cartoon series created by DIC Entertainment Corporation and American Greetings based on the same-name property. The show has 45 episodes, plus one short and one feature film.

Muriel Fahrion created the original Strawberry Shortcake and her cat, Custard, in 1977 while working as a greeting card illustrator for American Greetings. Strawberry Shortcake was a tremendous fad for young girls all throughout the United States in the 1980s. The property has also generated an animated television series and multiple films.