Which Television Sitcom Marked The Acting Debut Of Jerry Seinfeld? 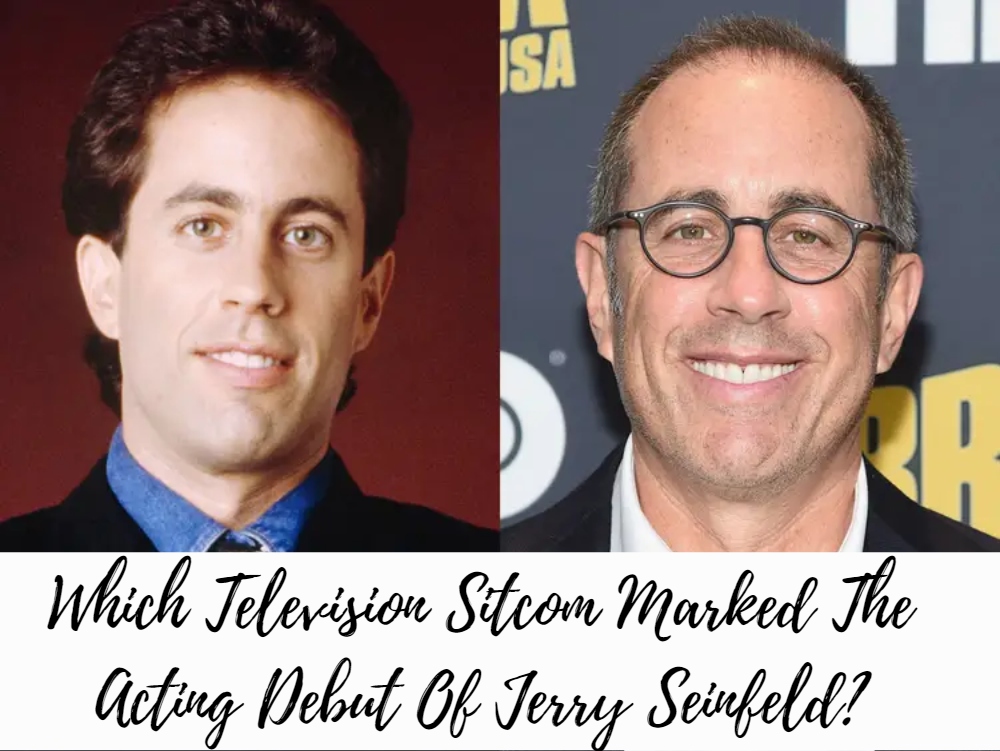 Which television sitcom marked the acting debut of Jerry Seinfeld? It was Benson. Jerry Seinfeld played Frankie in a brief recurring part on the sitcom Benson.

Due to a disagreement over the show's artistic direction, Seinfeld was unceremoniously sacked. According to Seinfeld, he did not discover he had been sacked until he arrived for a read-through session and discovered there was no script for him.

In 1988, he and Larry David went on to produce "The Seinfeld Chronicles". Later, the show's name was changed to Seinfeld so that it wouldn't be confused with The Marshall Chronicles, a short-lived teen sitcom.

Who Is Jerry Seinfeld Comedian?

Jerry Seinfeld was born in the city of New York. The majority of his formative years were spent working at an Israeli Kibbutz, a community farm where young Jews spend a few weeks or months to form bonds.

He is the son of two Jewish immigrants. While a student at The State University of New York, he made his first foray into show business.

He participated in a number of smaller stand-up comedy projects while pursuing his communications and theater degrees. He determined that his career would revolve around making others laugh because he loved doing it so much.

He participated in several open mic events during his career and played a number of tiny roles in TV series and films. Jerry has achieved success as a writer, producer, actor, and comedian today.

Frankie was a mail delivery boy who was always attempting to entertain people with his comedic routines, but no one was interested.

Even though his role in Benson might have been his big break, it is said that he and the people who made the show had some creative differences. So, following those three incidents, he was abruptly fired.

What Was The Plot Of The TV Series Benson?

Benson was an American TV sitcom that made its debut in September 1979 and lasted for 7 seasons and 158 episodes.

It tracked the lives of Benson DuBois, the local governor's head of household affairs, and his relationships with the other residents and workers.

He was able to assist Governor Eugene X. Gatling during his tenure as his staff, helping his boss out of some awkward political and public circumstances.

As the series goes on, Benson's job changes, from his first job to running against Eugene for governor.

What Sitcom Did Jerry Seinfeld Play In?

Jerry Seinfeld is best known for the groundbreaking sitcom Seinfeld, which he and fellow comedian Larry David co-created and co-wrote in 1989. However, before Seinfeld, he made his acting debut in "Benson".

What Was Seinfeld First Sitcom?

It was Seinfeld as the main lead while his first show/debut was "Benson."

When Did Jerry Seinfeld Start Acting?

Which television sitcom marked the acting debut of Jerry Seinfeld? The sitcom was "Benson". He played Frankie, a mail delivery boy with comedy routines that no one wanted to hear, in a minor recurring role on Benson in 1980.