Which Woman Launched A Brand Of Perfume Called "Truth"? 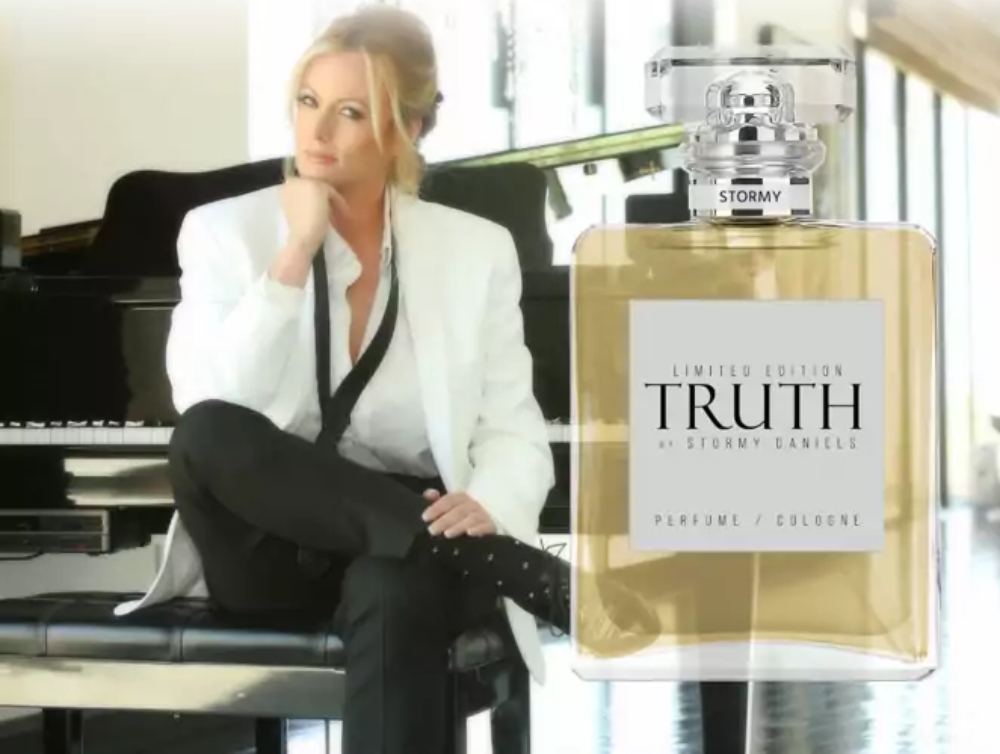 Stormy Daniels, a star of adult films, has gained notoriety thanks in part to her litigation against the current US President and his lawyer, which seeks to revoke a hush agreement for an affair with Trump in 2006 and recover damages.

Daniels has long predicted the arrival of the truth, which is undoubtedly taking place whether or not the courts are involved.

Pre-orders for "Truth by Stormy Daniels" are currently being accepted by It's The Bomb, an online retailer that sells bath bombs, naughty soaps, and CBD sensual healing goods.

The actress chose the name for the gender-neutral, pheromone-infused cologne/perfume, which has a suggested retail price of $64.99.

I have reached the point in my life where I know that I am in charge of what I do and who I am. I have fully embraced my own truth and now I am sharing that empowering message with everyone seeking the complete freedom to be who they are.

Honesty within and about ourselves leads the way to great things. ‘Truth’ is more than a fragrance to me; it is a symbol that will remind those who wear it that they are in charge of their own life.

Stephanie Clifford is Daniels' true name, and during the past few months, she has maintained both of her identities in the news. Which woman launched a brand of perfume called "Truth"?

The 39-year-old has been advertising her "Truth" fragrance on her social media sites in between clapping back at slut-shaming Twitter replies and fighting to keep immigrant families together.

Daniels announced the release of the news first on Instagram, writing, "It's finally here!" and sharing the motto, "Embrace Your Truth."

With the release of the perfume approaching, It's The Bomb has posted a number of promotional films. One combines footage of Daniels being pursued by flashing cameras with images of her donning formal gowns and a tuxedo.

Daniels may be seen wandering the home in a different film, but this time, quotes regarding the truth are projected on the screen.

Both It's the Bomb and Stormy Daniels' websites sell "Truth by Stormy Daniels." Additionally, you can purchase a bottle at one of Daniels' numerous summertime public appearances.

So get that credit card ready if you like the scent of cyclamen, rose water, and sandalwood (or if you just want to send a really heartfelt gift to a Trump supporter).

What Is Special About Stormy Daniels Truth Perfume?

Truth is marketed as a limited-edition, gender-neutral perfume or cologne that has been "mixed with sensual pheromones."

"Embrace your truth," is the tagline of Stormy Daniels perfume, "Truth".

How Much Is Stormy Daniel Worth?

Stormy Daniels' net worth is about $2 million dollars.

Which woman launched a brand of perfume called "Truth"? Stormy Daniels, an adult entertainer, and Donald Trump accuser, just released her own perfume with the very descriptive moniker "Truth."

With her claims that she had a sexual relationship with President Donald Trump, Daniels, real name Stephanie Clifford, became well-known.

She appears to have drawn inspiration for the gender-neutral fragrance "Truth" from her legal spat with President Trump. Several names were considered for Daniels' perfume, whose slogan is "Embrace Your Truth."