Why TF Would You Let Your Kid Pet A Bison? 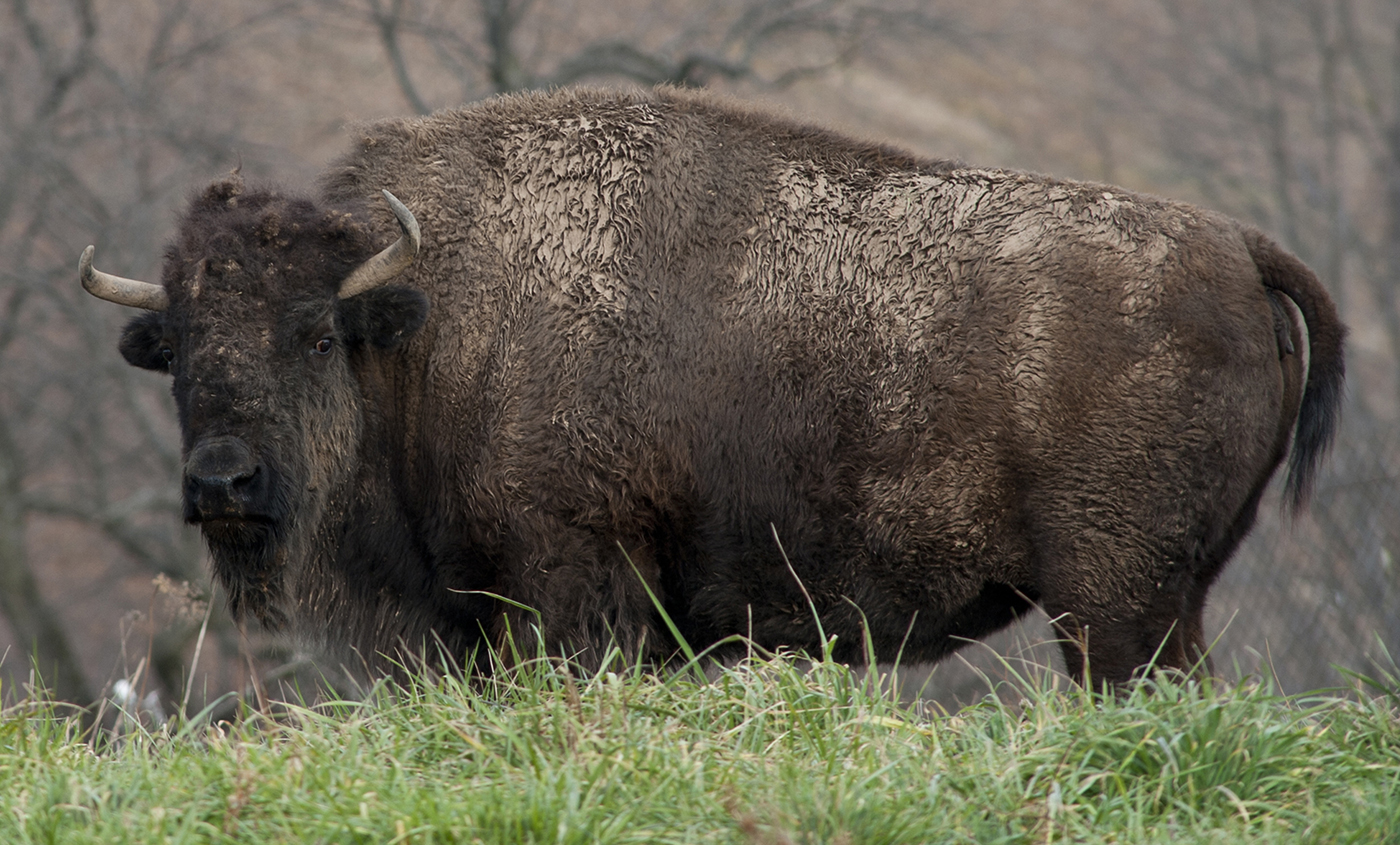 A video on Reddit entitled 'why tf would you let your kid pet a bison' can be seen. It has 15.1k upvotes. In this video, it can be seen some people with a kid are trying to pet a bison and suddenly the animal got angry and started hitting people.

In Yellowstone, it is very common for people to try to pet a bison. Well, that seems weird because in most cases it can hit them.

So if you want to know more about it, the video is provided below.

A Reddit user michaelochurch explained that petting bison is common in Yellowstone, "In a certain corner of Yellowstone, you'll see people throwing stones at, trying to pet, and trying to take pictures with, these animals. They're actually more dangerous than bears."

Dirigaaz explained the behavior of some stupid tourists, "Tourists are fucking dumb. Most people don't think of them as a "wild" animal. I worked for 1 season at yellow stone and holy shit the amount of sheer stupidity was astounding from people. I saw a tourist get gored by a bison, people touching thermal features because they didn't look that hot."

Yes, people sometimes act like dumb human beings. I am not being harsh.

When there is a sign saying "Don't". It means you should not be doing that. It is not provoking or forcing you to do that.

Act like sensible human beings. You have a brain, use it.

People just love to break the rules at tourist spots even if they know that it will harm them. But, NO! They want to be thrill lovers. WTF!

Let's start our discussion just in case you ever think of petting a bison on whether can you pet a wild bison, are they good pets, and about petting bison in Yellowstone because you can't let your kid get harmed.

Bison have never been tamed or kept as pets.

They flee in the face of danger and are capable of stampeding.

They will also do all in their power to break out of confines, including pastures.

The majority of the time, the only thing that is keeping them in captivity is either an electrified fence or their dependency on a source of food.

Do domesticated bison make suitable pets? They certainly do not!

Even while it can make sense to raise them for their meat, they are not the best pets to have around the house.

Reasons Why Bison Can't Be Pets

Bison are not typically kept as pets for very long. Even though they have been domesticated, a good deal of their wild instincts has been preserved in them.

They can be domesticated, but when they are startled, they will typically activate a response known as "flight or fight" in order to protect themselves from further harm.

They require a lot of work to bring up to the level where you could consider them a pet.

Even while some individuals have succeeded in doing so with bottle-raised bison, the vast majority of bison still do not trust humans.

I am aware of approximately three to four bison that have been tamed to the point that people are able to pet them and be in their presence without fear.

In addition, I am aware of a significant number of bottle-raised bison that, although having had the bottle-raising experience, continue to be wary of humans.

Bison are creatures with strong herd tendencies, which is another reason why they do not make good pets due to the fact that they are herding animals.

They prefer to have company at all times. When they are with other bison, they report feeling more secure.

They might even break past fences in their search for a herd to join. It would be preferable to have more bison as opposed to only one.

People in Yellowstone love to pet bison. I do not understand their mentality. Why would you pet a bison or why tf would you let your kid pet a bison?

Can You Pet Bison In Yellowstone National Park?

Keep in mind that Yellowstone National Park is not a petting zoo and that the bison that you will see there are wild animals.

Following yet another instance of dubious behavior over the summer of 2019, the National Park Service has given in and published guidelines for petting a bison.

It occurs annually during the summer. Someone at Yellowstone National Park goes a little too near to a wild animal, and the encounter is caught on camera.

And that wild animal is a bison. Additionally, on every momentous occasion, that individual pets the bison.

The following step is completely and wholly determined by the bison.

Because the National Park Service is unable to anticipate the behavior of a 2,000-pound, instinct-driven mound of muscle, bone, fur, and horns, it has just lately produced a clear instructional graphic outlining the right way to pet a bison.

Have a look at it, would you?

It has been observed that bison do not appreciate it when humans pet them on the muzzle.

Surprisingly, they also do not enjoy having a pet sit on their haunches.

It would appear that big old buffalo do not enjoy having their bellies scratched in the least.

Why Should You Not Pet A Bison In Yellowstone?

Yellowstone is often considered to be Wyoming's most popular national park, and the park sees tens of thousands of tourists each.

Let me share with you an incident in which a stupid lady tries to pet a wild bison and there are endless examples like this. As a result, they got injured badly.

In 2016, bystanders gasped in fear as a mystery woman strolled right up to one of the enormous bison that is roaming wild in the park and then began to pet it like a puppy dog.

But, the bison attacked her. People were taken aback when she emerged from the ordeal unscathed.

Either this woman is some sort of bison whisperer, or she has the incredible good fortune to be alive and undamaged after what she went through.

What are your thoughts on the actions that this woman took?

Have you ever witnessed a visitor to Yellowstone National Park getting this close to an animal before?

Visitors to Yellowstone National Park are injured by bison more frequently than by any other animal.

Every single year, between one and two park visitors, sustain injuries as a result of interactions with bison in Yellowstone National Park.

In point of fact, in the year 2020, a woman was gored numerous times by a bison when she got within ten feet of the animal in an attempt to take a picture of it.

In addition, there were five guests who were gored by wild bison in 2015, and these gorings occurred within a span of three months, which is quite an unusual occurrence.

The vast majority of bison attacks are caused by humans who aggressively approach the animals.

Are Bisons Friendly To Humans?

Bison are not sociable animals. They are accustomed to seeing humans, thus they will likely approach you since they are interested in what you are. Do not confuse their interest in you with your affection for them.

Is A Bison Aggressive?

Yes, they are aggressive animals. Bison are unpredictable, dangerous animals that might charge without any prior notice even though they appear to be gentle.

Can A Bison Hurt You?

Yes, they can hurt you badly. It is obvious that bison are wild creatures and that they are capable of posing a significant threat. Bison are responsible for more injuries to humans than any other animal at Yellowstone National Park, which is widely considered to be one of the best national parks in the country for seeing wildlife.

This Reddit video, why tf would you let your kid pet a bison, has now answered most of your queries about petting bison.

Have you heard about the cyclops?