It’s hard to believe it’s been almost 30 years since the Fresh Prince Of Bel-Air first aired.

Its transatlantic popularity was undeniably down to the stellar cast which including Will Smith and Alfonso Ribeiro who charmed us all with their witty one-liners and, in Alfonso Ribeiro’s case, iconic dance moves.

Now, in celebration of the sitcom’s 30th anniversary, Will Smith has revealed the cast are reuniting for a “real Banks Family Reunion” on HBO Max.

A photo of the cast in the old Bank’s mansion on Smith’s Instagram revealed the news in a caption that read: “Today is exactly 30 YEARS since The @FreshPrince of Bel Air debuted! So we’re doin’ something special for y’all… a real Banks Family Reunion is comin’ soon to @HBOmax! RIP James. #FreshPrince30th”.

Today is exactly 30 YEARS since The @FreshPrince of Bel-Air debuted! So we’re doin’ something for y’all… a for real Banks Family Reunion is comin’ soon to @HBOmax! RIP James. #FreshPrince30th

How crazy is it that the likes of Carlton and Geoffrey have barely aged? It really will be quite something to see the cast reunited once more after so many years apart, that’s for sure.

A second picture shared on Smith’s Instagram shows Will burying the hatchet with the original Aunt Viv played by Janet Hubert. It’s no secret that their on-set issues resulted in her early exit from the show in ’93 after only three seasons. 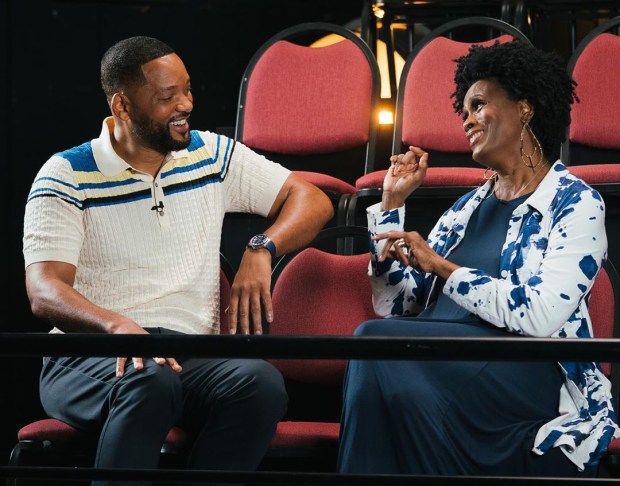 In 2011, Hubert told TMZ that she blamed Smith for her departure and had completely ruled out a reunion with some cutting words on Smith:

“He is still an egomaniac and has not grown up. This constant reunion thing will never ever happen in my lifetime unless there is an apology, which he doesn’t know the word”.

This is the first time the pair have been pictured together in 27 years.

According to HBO, for the one-off special, Smith and Hubert had an “emotional reunion and a candid conversation” prior to filming which took place on the set of the Bank’s home on Thursday.

Besides the reunion special that will take a look back at the series that aired between 1990-1996, a separate reboot called Bel-Air is also reported to be in the works for the streaming service, Peacock.

The streaming service has ordered two seasons of the Fresh Prince of Bel Air reboot with Smith confirming the news on September 8 in a video to director Morgan Cooper and showrunner Chris Collins.

Smith said: “We have just officially closed the deal with Peacock with an unprecedented two-season-order from a pitch. I’ve been in this business for 30 years and that does not happen. They ordered two full seasons of Bel-Air based on the quality of the pitch and the work that you guys have done. So I want to say congratulations. I am hyped”.

Bel-Air will be different from the original series in that its format will be a serialised one-hour drama version of the sitcom, following Smith’s move from West Philadelphia to Bel-Air.

Explaining more, Peacock said: “With a reimagined version, Bel-Air will dive deeper into the inherent conflicts, emotions and biases that were impossible to fully explore in a 30-minute sitcom format, while still delivering swagger and nods to the original show”.

You can catch up with the gang in the reunion special on HBO Max this November but there is no confirmed date as yet.