You would think that most couples would be keeping after-dark activities behind closed doors as the UK enters its fourth day in nationwide lockdown.

But in footage captured on Piccadilly Line yesterday lunchtime a woman was caught allegedly performing a sex act on a man in plain view of a horrified key worker during the coronavirus lockdown. 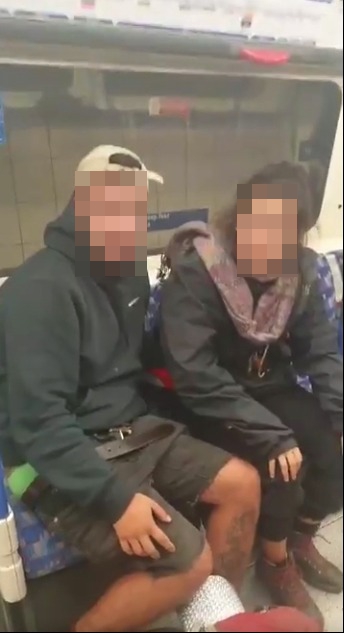 The furious worker confronted the couple and later posted the video to Twitter to share her disgust.

“There’s a time and a place”, she fumed at the pair as she filmed. 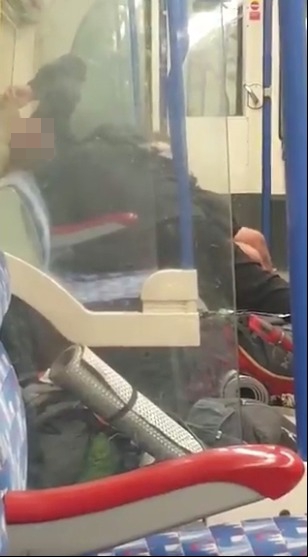 The man’s shorts belt can be seen undone at the buckle with the top of his boxers on view.

She can be heard saying: “I come here to work to look after passengers like you and I had to watch that for 30 minutes. It’s disgusting. Have some respect for yourselves”.

We’re all for taking your mind off things and for many that may well involve getting intimate with your partner but let’s be honest we don’t really appreciate it having it thrown in our faces in public spaces.

The police were called to Acton Town station in West London at 12.15pm yesterday to the woman’s report of ‘outraging public decency’ on the Piccadilly Line.

No formal action was taken against the couple but a British Transport Police spokesman said: “Officers attended and a couple were spoken to, and had their details taken”.

“Following enquiries, no offences were disclosed”.

Despite lockdown measures imposed on the UK reports suggest tubes in the capital are still packed as people continue to go to work.

This comes as NHS staff who are considered to be very much at the frontline of the coronavirus pandemic call on Sadiq Khan to add extra line services as some carriages still remain overcrowded making it extremely difficult to social distance.

Transport for London admitted it was only running at 50 per cent of its peak-time capacity due to staff shortages this has resulted in commuters squeezing into carriages like sardines in efforts to keep working. 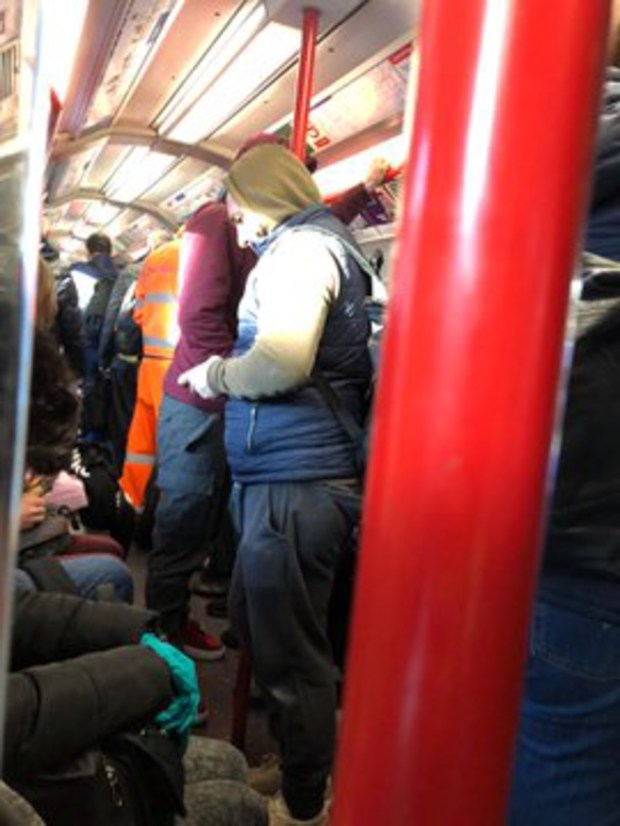 Of course, safety of NHS frontline workers is paramount as they are working with critically ill patients and those who are extremely vulnerable on a day-to-day basis.

Lowri, a nurse in the paediatric intensive care unit, tweeted a photo of Londoners squeezed together on the Central Line captioning it: “Full central line again today! Transport for London and Sadiq Khan please keep us safe”.

Adding: “Maybe more frequent trains when NHS staff are due to start shifts?”.

It would probably be equally beneficial if people caught up in the moment had some consideration for other commuters during such challenging times – witnessing someone get noshed off or other is probably not pleasant lunchtime viewing.

Keep it in ya pants.