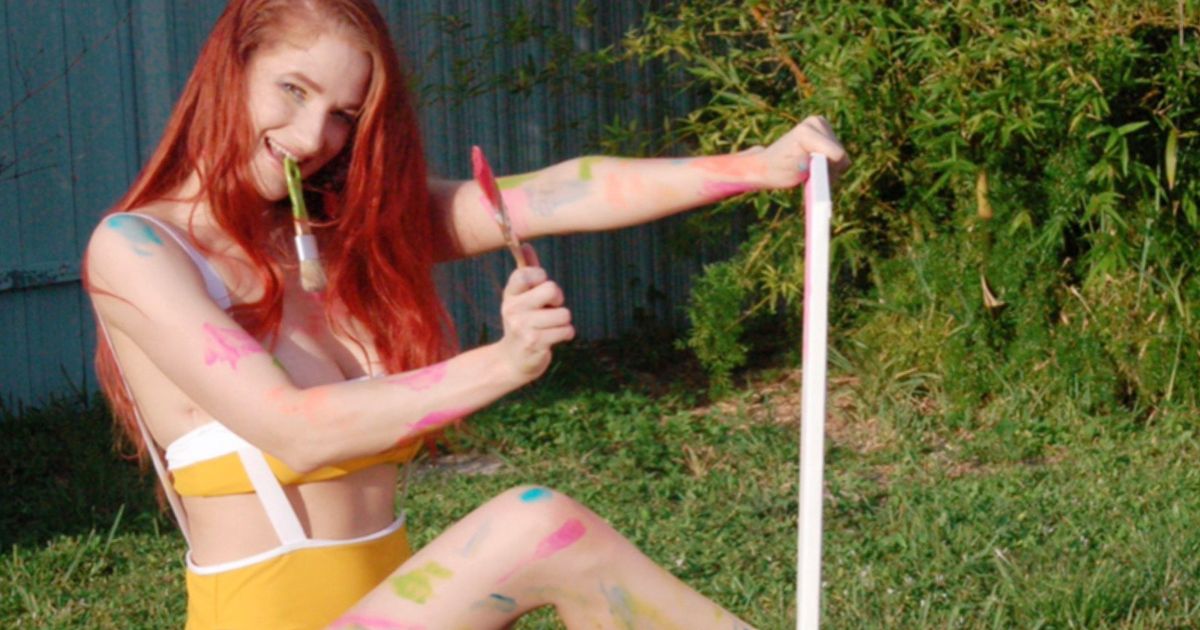 I'm not sure if you recall, but Simon Cowell was quite taken aback when "Pricasso" painted a picture of him with his penis on BGT, forcing Simon to flee the stage in horror.

I can't help but wonder if stroppy Simon would be more impressed by a woman creates paintings with her breasts and sells them for up to $400.

Chelsea Chavis - The Woman Who Creates Paintings With Her Breasts 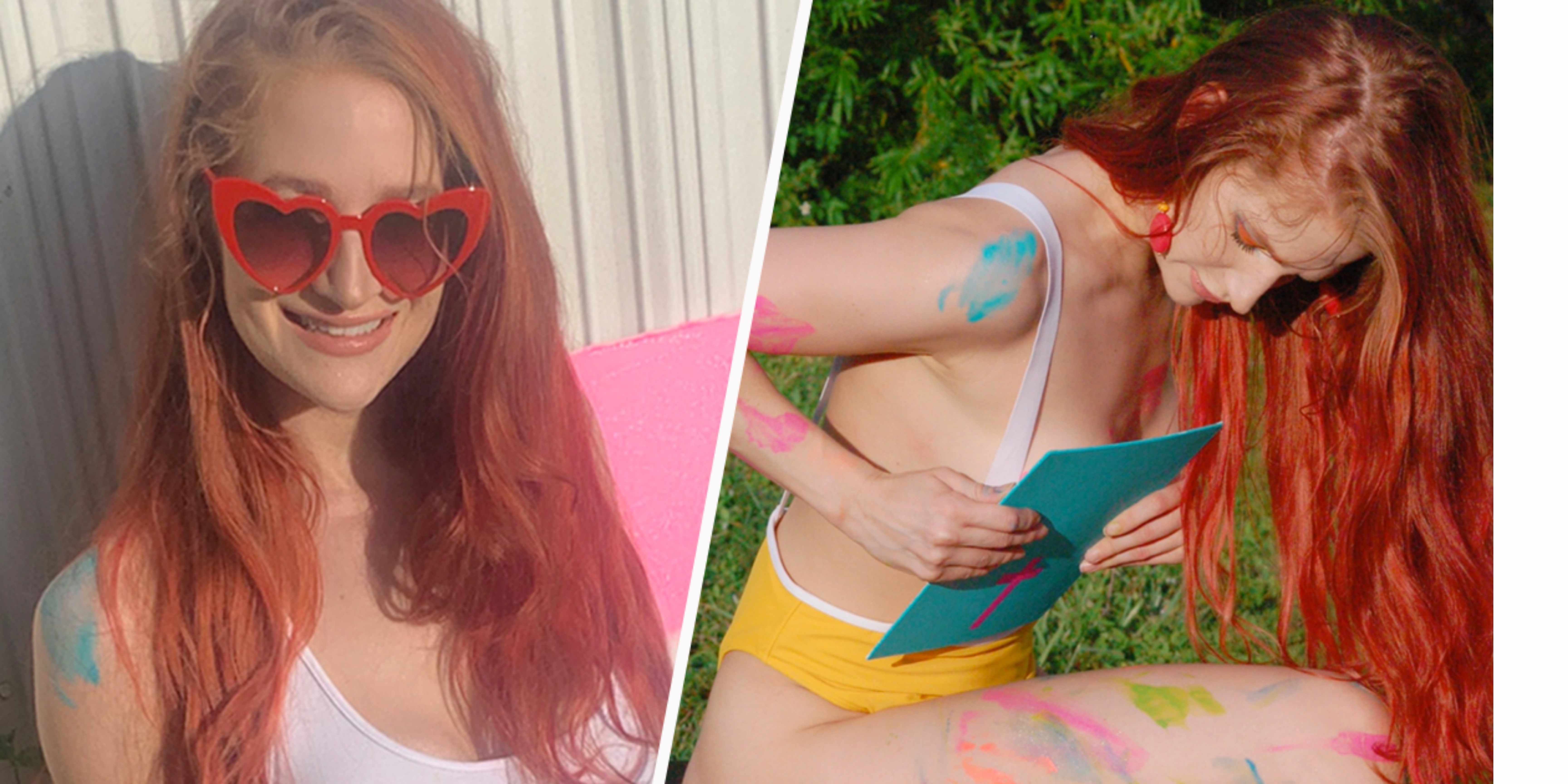 A red-haired woman paints with her boobs

Yes, it's quite novel and a bit of a chuckle, but Chelsea Chavis, 29, who splits her time between New Orleans and Fort Myers, Florida, says her bizarre creations have only grown in popularity.

When Chelsea is not painting almost every part of her body, she works as a stripper, singer, and adult entertainer—so she is quite accustomed to exposing her baps.

Chelsea, who goes by the moniker "Heaux," creates "beautiful, humorous, and shocking" works of art using non-toxic paint, her breasts, and vagina, which are typically pressed against the canvas.

Chelsea explains more about her unusual art, stating, "As a woman in today's society, it seems as though everyone is telling us how to feel about and what to do with our bodies; I want to celebrate my lady parts and create something beautiful, humorous, and perhaps even a little bit shocking with them."

"I finally did it and filmed the process for a funny video for my comedy Instagram, and then I received six orders for breast paintings, all from women!" she continued.

Chelsea uses social media to spread the word about her art. People from New Orleans, Oregon, and Canada have ordered her work.

As an added bonus, Chelsea sends her customers snapshots of the creative process with each purchase, including a polaroid and a short video of her painting.

Chelsea explains, "I'm open to any request or they can order something I already have."

Prices range between $40 and $400, depending on the size of the canvas.

If Chelsea wants to stand out in the future, she wants to offer cotton candy and ice cream, as well as cupcakes.

Chelsea continued, "I also want to do a series of female and male signs with the head representing my breast." I enjoy the concept of planets, cats, and seasonal themes. "

"My favorite way to paint is abstract, and I'd like to use colors that show different sexual orientations and gender identities."

"I'm going to continue experimenting with painting with my body parts and eventually with entire body prints on large canvases; I'm excited to see what I come up with."

There is even an "Egyptian Vageen," which was undoubtedly pressed with her vagina.

'Woman creates paintings with her breasts and sells them for up to $400' intends to continue exploring by painting on enormous canvases with her body parts and eventually with her full body.

Indeed, her vagina prints seem to elicit a great deal of interest, with many comments asking how she achieves such detail in her works and others remarking, "They look like butterflies."

I suppose it depends on how you look at it.