A woman has gone viral (hahaha) after she was spotted with holes in her face mask so it’d be easier to breathe. Very smart.

I’m no scientist. I know next to nothing which probably goes some way to explain my confusion with the pandemic. If no-one’s allowed out, how are people still catching the virus and dying? IT DOESN’T ADD UP!!!

In America, everyone has been advised to wear cloth masks when leaving the house but this one woman decided to follow the rules, but to somewhat freestyle them.

Entering a shop, she was asked by people filming her where she got her mask from – obviously mocking her – which led to her explaining that she cuts holes in hers to make it easier to breath.

The man behind the camera then thanked her for the advice and said that he would start to do the same, with the woman catching no hint of the irony at the time.

It’s a minefield out there, knowing what you can and can’t do with your time in lockdown. One thing’s for sure though, don’t be cutting holes in your face masks…

The World Health Organisation say that this is what you should do: 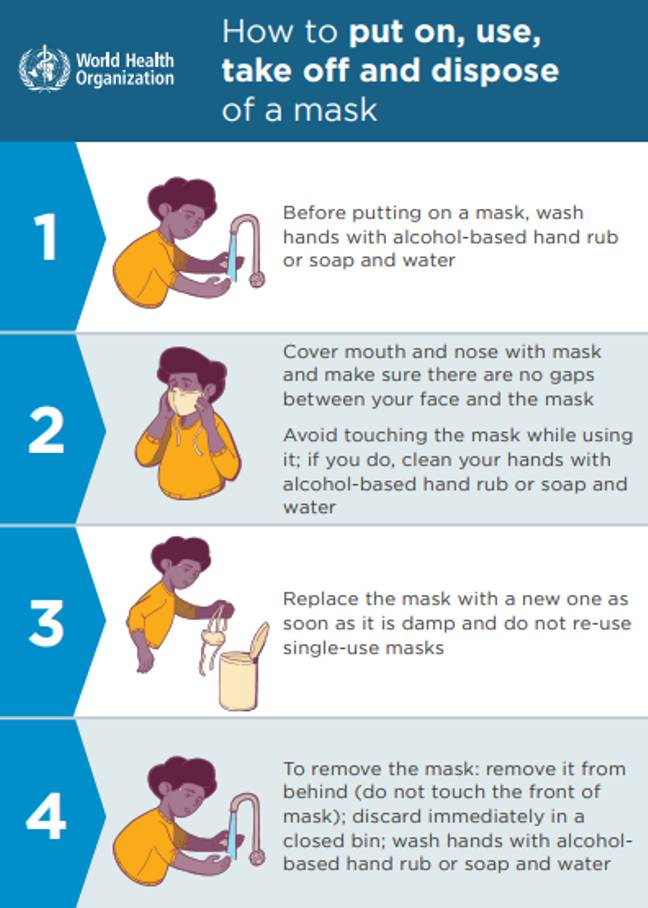