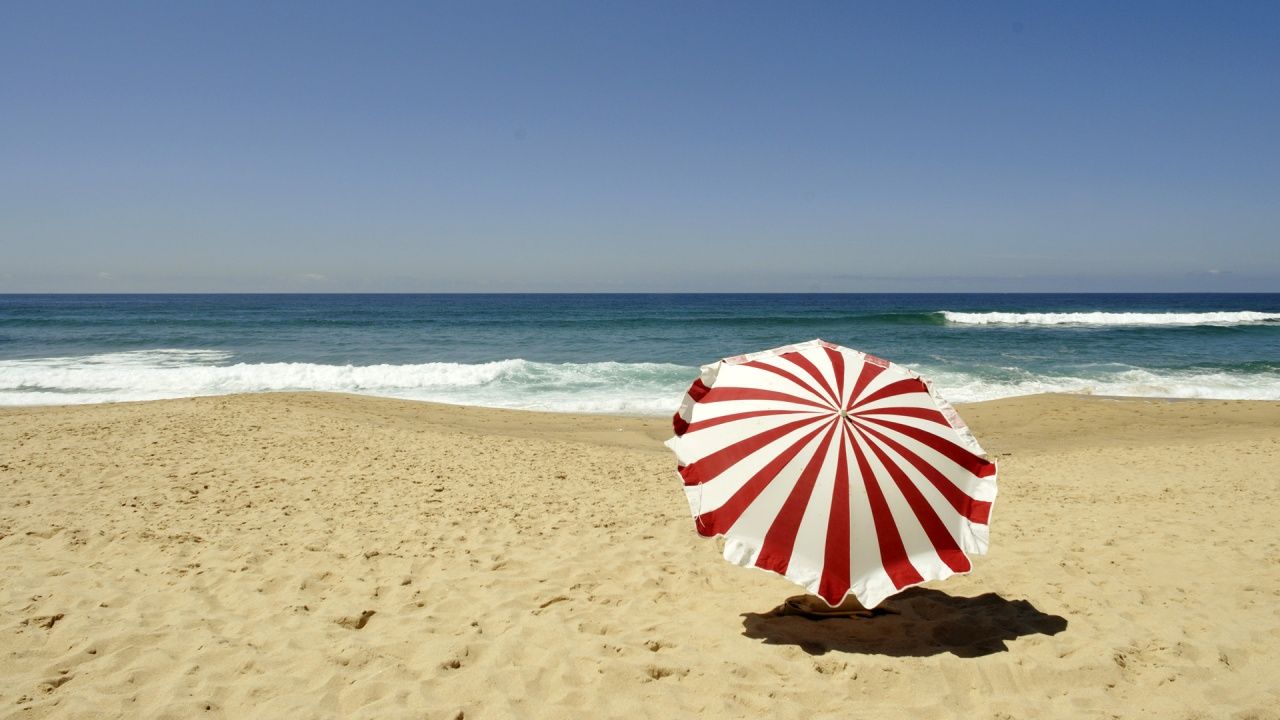 You might have heard about the news in which a woman dies after being stabbed by a flying beach umbrella.

Here are the details you need to know about it. 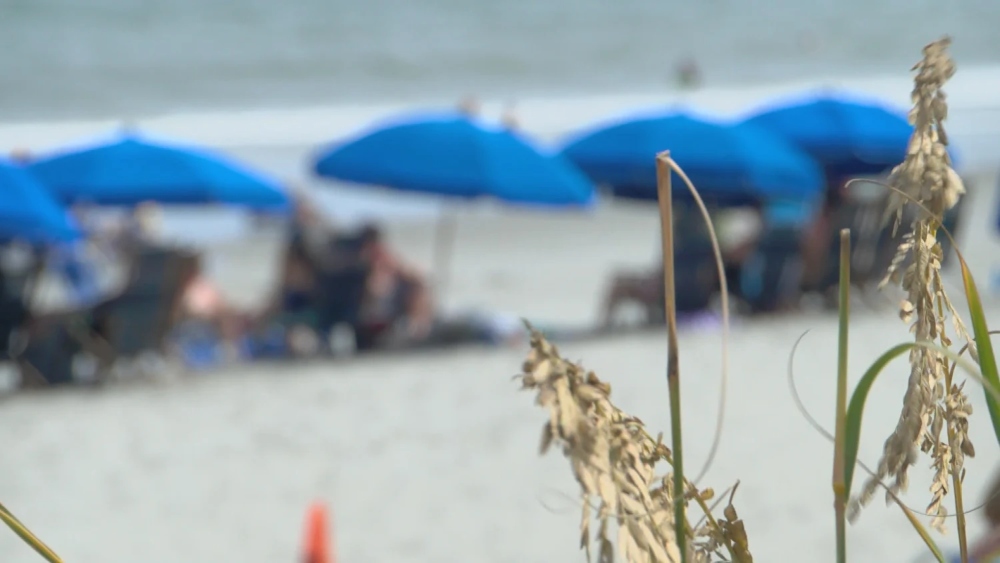 Blue beach umbrellas on a beach

According to the Horry County Coroner's officer Tamara Willard, a beach umbrella that was carried by the wind struck and impaled a 63-year-old woman from South Carolina on Wednesday (August 10, 2022), causing chest trauma that led to her death.

The misplaced umbrella was not Perreault's, according to Willard, who spoke to WBTW-TV.

The report states that witnesses claimed they saw an umbrella from a nearby hotel being thrown up into the air from the ground.

According to the investigation, the umbrella fell "end over end along the beach until it struck the victim on the left side of the upper torso."

Perreault was taken to a nearby hospital, where doctors declared her dead.

When Tammy Perreault was hurt early on Wednesday afternoon, she was at Garden City Beach, which is located about 20 minutes south of Myrtle Beach.

In the statement, it is said that “we understand a number of good Samaritans and off-duty medical professionals did provide initial care to the victim on the beach.”

“Their actions to offer comfort and first aid are honorable and appreciated.

Police are allegedly "continuing to probe into the matter," according to the statement. 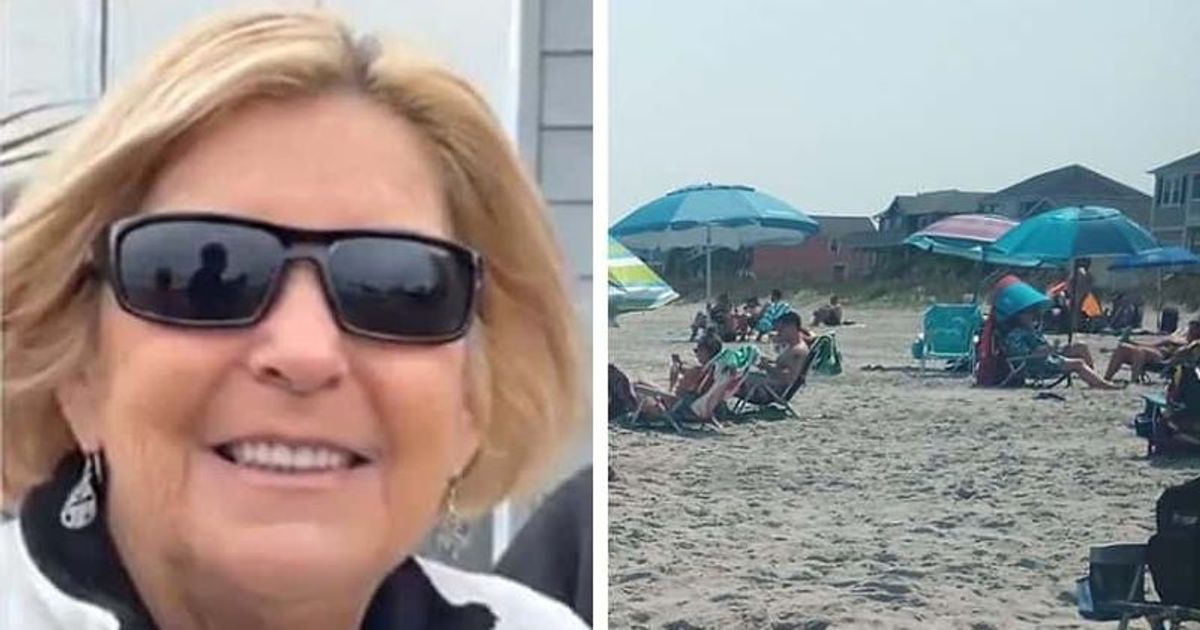 Airborne beach umbrellas "may be harmful, even deadly," according to the U.S Consumer Product Safety Commission (CPSC).

The group asserts that in order to prevent injuries, umbrellas must be securely fastened.

The majority of beach umbrellas have a spiked end and anchors that can drive through sand at least two feet deep (60 centimetres).

In order to prevent the large canopy from being lifted off the ground, the CPSC further advises that beach umbrellas be tilted away from any gusts.

According to the CPSC, 31,000 persons were treated in hospitals for injuries caused by umbrellas in just the United States between 2008 and 2017.

The severity of the injuries varied, but the majority of the victims were older ladies.

Mike Perreault, her husband of 27 years, and four of their friends were present when it occurred.

"It was a regular breezy day, no other umbrellas or beach blankets or anything got foiled," he told NBC News.

"Just this one umbrella."

Only this one umbrella, please.

Everyone ducked, with the exception of Tammy, as the umbrella descended the beach from a distance of roughly 40 feet, Perreault recalled.

He claimed that it entered her rib cage through her arm.

She passed away within 30 to 40 seconds, possibly.

According to Chief Deputy Coroner Tamara Willard, Tammy was taken to an area emergency care where she succumbed to chest trauma less than an hour after the accident.

According to Perreault, he first met Tammy at a friend's football party 29 years ago.

After a couple of years, I asked her to marry me.

We got married at a beach in Jamaica."

The couple came to Surfside Beach, South Carolina, around 11 years ago; they were originally from the East Coast.

At 62, Tammy had just recently retired, according to Perreault.

He claimed, "It was just her and I all the time," he said. 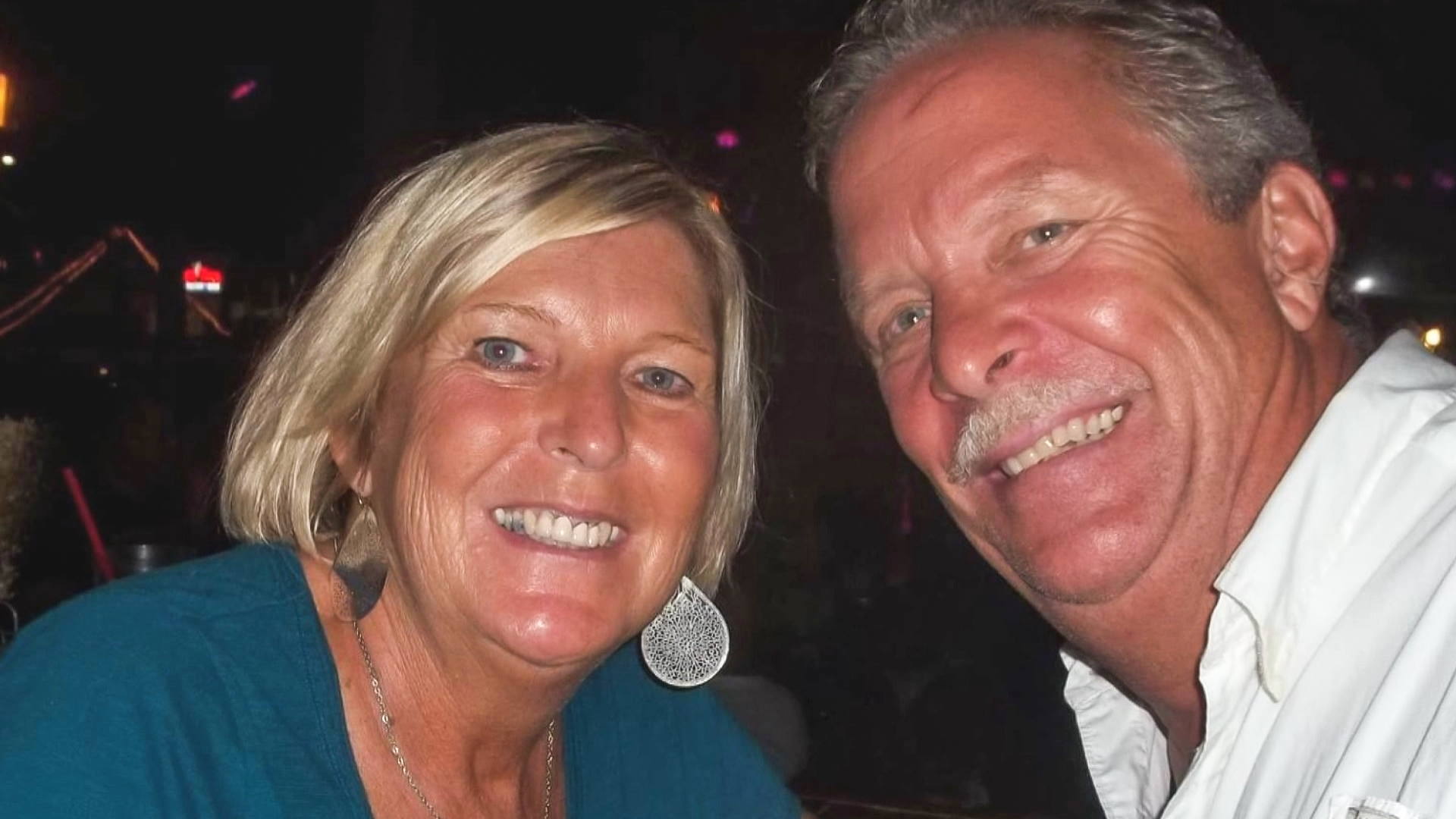 Tammy Perreault with her husband smiling

Tammy loved everybody, she never had a bad word for anybody at all."

In a statement, a neighborhood bar paid tribute to Ms. Perreault.

“Today with heavy hearts we mourn the loss of a dear friend and kind hearted local, Tammy Perreault.

Some things we will never begin to understand but what we do know is no one has a bad thing to say about this woman,” Scotty’s Beach Bar said.

“Airborne beach umbrellas can be dangerous, even deadly."

The organization said, "Make sure your beach umbrella stays anchored in the sand!".

It provides some advice, such as burying the pole at least two feet deep, tilting the umbrella into the wind, and packing sand around the base of the umbrella, to prevent umbrellas from blowing in the direction of other beachgoers.

Her passing is only the most recent such fatality involving an umbrella.

In 2016, a flying beach umbrella struck Lottie Michelle Belk, 55, in the torso, killing her.

She was at Virginia Beach celebrating her birthday and anniversary.

A "strong burst of wind" allegedly tore the umbrella free from the ground in that incident, according to Virginia Beach Police.

There may be no better way to spend a summer afternoon than on the beach, shaded by an umbrella.

A gust of wind, on the other hand, can turn a day in the sun into a nightmare for a select few.

In the nine years between 2010 and 2018, 2,800 beach umbrella-related injuries were treated in emergency rooms across the nation, according to the Consumer Product Safety Commission.

The 2021 study found that more than 50% of injuries caused by beach umbrellas involved wind.

The three most frequent injuries were internal organ damage, lacerations, contusions, and abrasions.

“Policymakers should educate the public about the potential dangers of beach and patio umbrellas,” the report recommended.

In order to properly set up a beach umbrella, the CPSC offers advice to the general public.

Beachgoers are advised to tilt their beach umbrellas into the wind in order to keep them from blowing away and to rock them back and forth until they are two feet deep in the sand.

The CPSC also suggests using a weight or anchor to keep beach umbrellas in place.

However, some safety advocates claim that the CPSC's most recent initiatives to safeguard beachgoers from errant umbrellas are insufficient.

The most recent advice from the CPSC, according to Bill Schermerhorn, president of beachBUB USA, a firm that sells a beach umbrella favored by safety advocates, is insufficient.

Schermerhorn thinks the CPSC's recommendation to tilt the umbrella into the wind is insufficient.

An umbrella that is properly set up one hour may become a hazard the next because wind on the beach can change fast and unpredictably.

This is especially true because it does not take much wind to untether a badly anchored umbrella.

If you've ever tried to insert an umbrella eight inches or even two feet into the sand at a beach, you know it's impossible, according to Schermerhorn.

He is working with ASTM International to assist set safety standards for beach umbrellas.

A CPSC spokesman, Karla Crosswhite-Chigbue, stated in an email that the organization is looking into the incident this week.

Woman Dies After Being Impaled by Flying Beach Umbrella

According to her, “CPSC staff is also currently working with a standard development organization in hopes of developing a standard which could help establish the requirements for reliable and safe beach umbrellas and anchoring systems.”

A video that went viral last week from Bethany Beach, Delaware, shows dozens of beach umbrellas being torn away by a violent rainstorm with winds up to 40 mph before being flung into the water.

Because they aren't weighted and are merely pushed into the sand, umbrellas may be seen dancing down the beach in numerous movies, according to Schermerhorn.

How Can A Beach Umbrella Impale You?

Beach umbrellas have a spiked end to help push them into the sand, and their wide canopy allows them to become entangled in a strong wind if not properly anchored.

Has Anyone Ever Been Killed By A Beach Umbrella?

Yes, there are a lot of people being killed by beach umbrellas. Last week, a woman dies after being stabbed by a flying beach umbrella in Garden City, South Carolina; a tragic reminder that beach umbrellas can quickly become dangerous projectiles.

How Many People Are Impaled By Beach Umbrellas Every Year?

A woman dies after being stabbed by a flying beach umbrella.

So you should be careful at the beaches when there is a strong wind.