Woman Goes Blind After Getting Her Eyeballs Tattooed Black

This story seriously grosses me out – besides the obvious potential risks, I really can’t understand what possesses someone to dye their eyeballs black?!

I get the whole individuality thing – weirdness is cool and all that shizz but really… some people love take things to the extreme, particularly when their desire to imitate a famous rapper’s look results in them ending up BLIND.

Case in point, this next woman…

Aleksandra Sadowska, a 25-year old model from Wroclaw, Poland has been left completely blind in one eye after experiencing rapidly failing sight as a result of a botched attempt to dye her eyeballs black.

Aleksandra was left complaining of pains in her eyes after the procedure which she was told was ‘normal’ by her tattoo artist, Piotr A who is now facing three years in prison for unintentionally severely disabling the woman.

Aleksandra had visited the tattooist who is based in the Polish capital of Warsaw after deciding she wanted to emulate a rap artist named Popek, who also had the whites of his eyes dyed black.

Despite her continuing pain, her tattooist told her to take painkillers and wait it out.

She has since lost complete sight in her right eye with doctors informing her the damage is irreparable and that she would soon lose sight in her left eye too as a result of the botched procedure.

An investigation has subsequently been launched into the tattooist and the procedure he undertook and has found that there were some serious mistakes made, including using body ink for tattooing skin, which should not come in contact with the eye.

Sadowska’s lawyers have told local media: “There is clear evidence that the tattoo artist did not know how to perform such a delicate procedure”.

“And yet he decided to perform it which led to this tragedy”.

Aleksandra says she will not let the loss of her sight bring her down.

“Unfortunately, for now doctors do not give much optimism for improvement. The damage is too deep and extensive. I’m afraid I will be completely blind”.

“I will not lock myself in the basement and get depressed. I have sadness behind me, but I live on”, says Aleksandra.

The tattooist who still runs his parlour where he carries out mainly ear piercings, has now been charged, four years after Aleksandra’s ordeal began although he pleaded not guilty.

He will face court soon.

Aleksandra is not the only person to have to deal with the loss of their sight as a result of such body modifications.

You may recall the story of ‘dragon girl’ who went blind after tattooing her eyeballs blue. 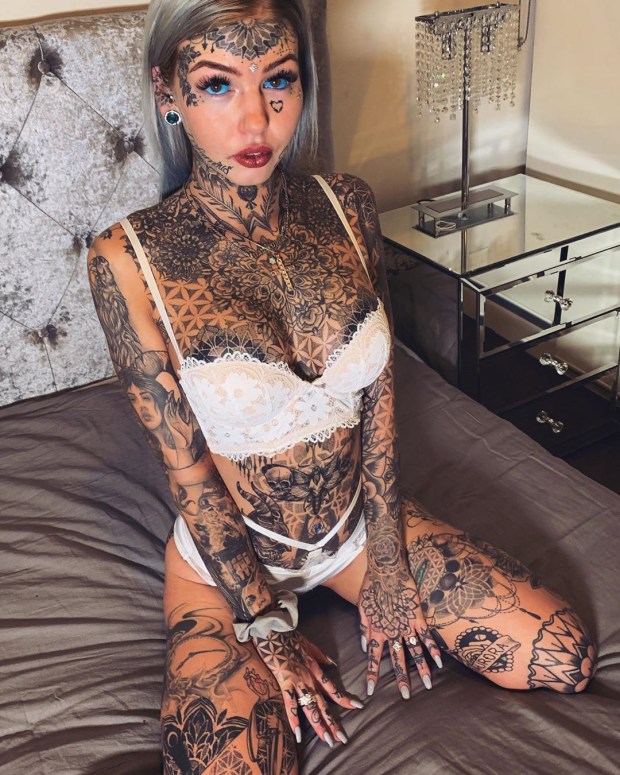 Amber Luke’s tattooed eyeballs didn’t result in permanent loss of sight, only losing her ability to see for a total of three weeks.

However, it just serves as a stark reminder that when considering such radical transformations, we should always weigh up the risks.