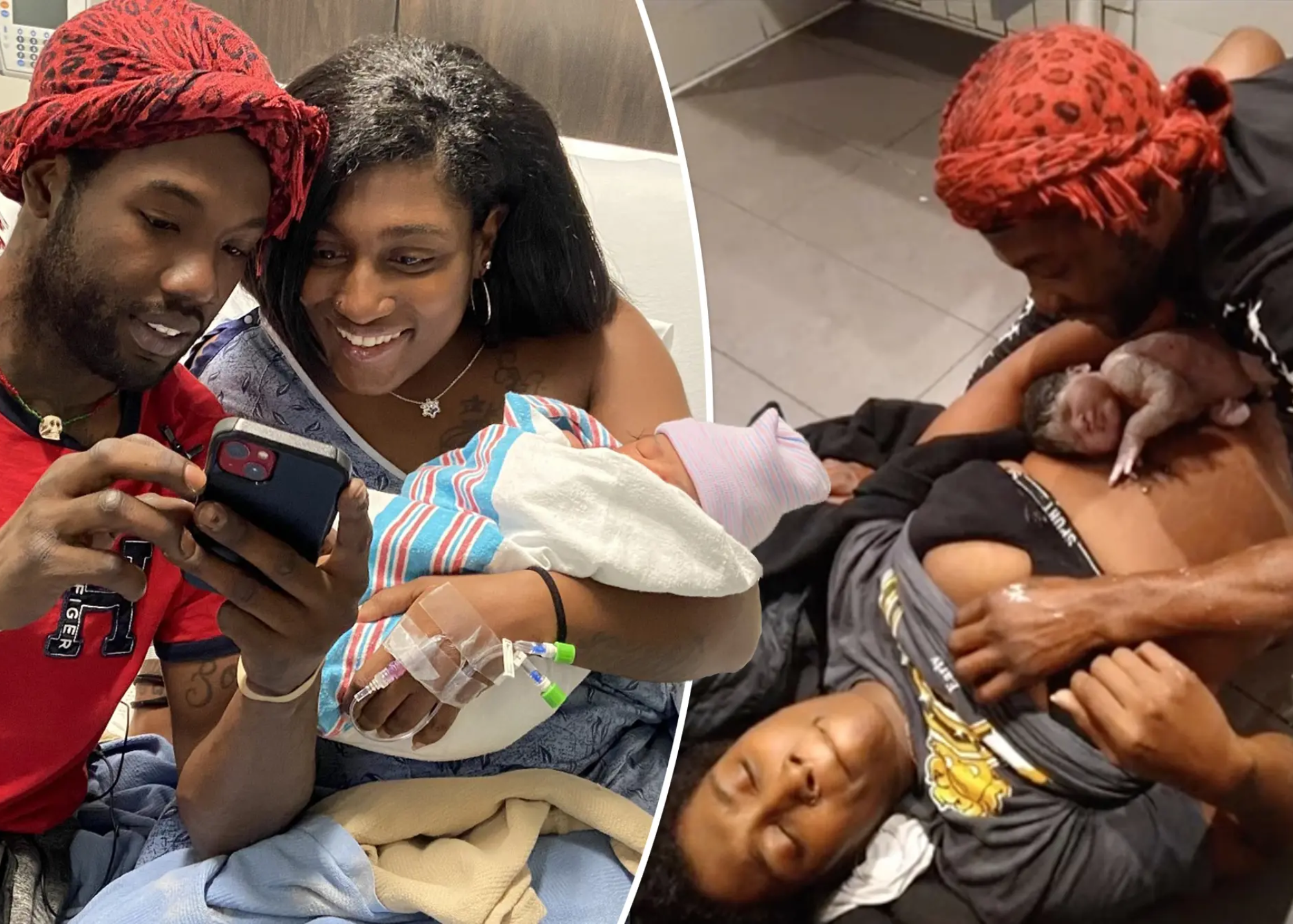 Normally, people come and go to McDonald's to buy and take out food items. However, a strange incident occurs when a woman names daughter 'Little Nugget' after giving birth in McDonald's washroom. She didn't bring out any food items like Big Macs there; instead, she brought out a newborn baby.

According to reports, the black woman and her fiancé were on their way to the hospital when they stopped at McDonald's to use the restroom. "I went into the restroom, and my water broke immediately," she explained.

I thought they were joking, and I open this door, didn't see anyone, but I saw feet [under the door]. I opened [it], and she was on this toilet lying back, screaming. Then I knew to tell my crew, 'We're having a baby today.'

After Woodward called the 911 emergency hotline, two of her coworkers also helped with the emergency delivery. Deandre Phillips, Worthy's fiance, was worried, so he later came in to see what was taking so long and found her giving birth and later tried to help her feel better.

I was trying to calm her down because she was frantic. I was like, 'Just breathe.' I got her on the floor, and I took off my clothes. The ladies at McDonald's were at her front side, holding her hands. I had her feet propped up on my knees. We told her to push three pushes. She was a fighter.

A baby girl was born after fifteen minutes and three pushes. The McDonald's staff who were present called the girl, Nandi Ariyah Moremi Philips, "Little Nugget." Worthy and Phillips were touched by the people who showed kindness to them, especially in a stressful situation that happened.

Phillips said: "My parents loved the name, too. We were like, 'Okay, it fits her. My little nugget.'" On the other hand, the situation was a bit of a whirlwind for Worthy, who had just become a mother.

How To Handle An Emergency Delivery?

Then take off your pants and bra. Lay down or sit with your legs up. Robyn Horsager-Boehrer, M.D., an expert in obstetrics and gynecology, has some helpful advice: standing or squatting could cause the baby to fall and get hurt badly.

Try to keep calm and take deep breaths. When the urge to push is too strong, push for five counts, then stop and take a breath.

As the baby comes out of your pelvis, do your best to gently guide it out, and if the umbilical cord is wrapped around the baby's body or neck, carefully unwrap it. Follow these steps as soon as the baby is born:

Emergency childbirth is when a baby is born quickly in a place that wasn't planned. Watch this video below to get additional information when emergency delivery occurs:

The baby's birth certificate says her name is "Nandi Ariyah Moremi Phillips," but the McDonald's staff called her something else. That name might linger. The franchise is owned by Steve Akinboro, who gave each worker a $250 gift card. Woodward said that she will give all of the money to Nandi.