Woman Yelling At A Cat Meme - Backstory Of The Famous Meme 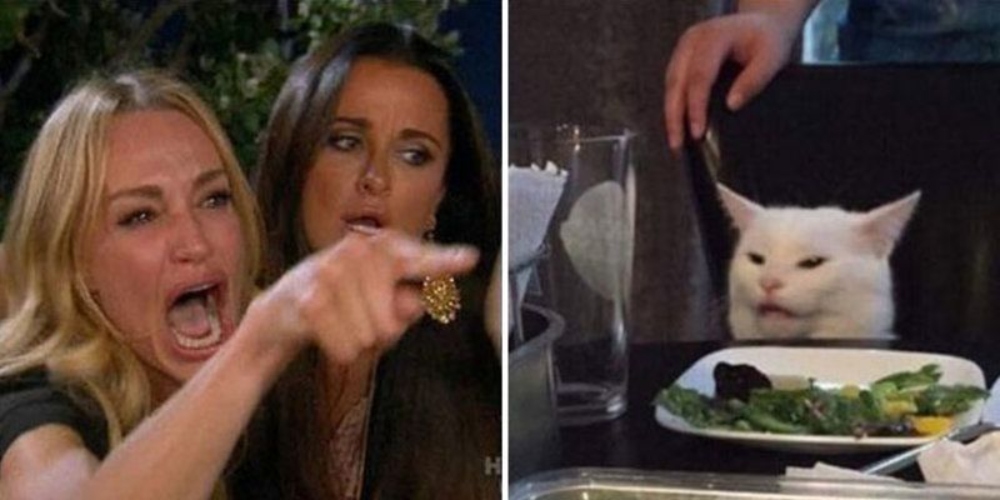 Imagine it, two photos next to each other, one shows a woman with watery eyes screaming fiercely, while the other shows a cat that appears to be very enraged. Yes, the Woman Yelling At A Cat meme has become a web sensation in 2019, and some people have even dressed up as it for Halloween.

But what exactly is the cat meme, and how did it become so well known? First of all, it goes without saying that chance alone is what caused the meme to become widespread. Although the images had independent origins and had each been used as memes on their own, when combined, they had a magical effect.

So if you're wondering how Woman Yelling At A Cat meme, have a look at the details. Here are the details of the woman who is screaming at the cat in the meme that is currently trending on social media.

The human part of the meme was inspired by a 2011 episode of The Real Housewives of Beverly Hills, in which Taylor Armstrong, who was a cast member at the time, got into an emotional argument with Camille Grammer as Kyle Richards, another housewife, tried to calm her down.

During the screaming scene, I was truly terrified for my life and my safety. When I look back now, that life seems like someone else’s. I have healed and grown so much stronger since that moment and am in such a happy place with my husband and daughter. I never imagined of all my TV moments, that would be the one to become a 'meme' sensation.

Armstrong is aware of the reasons why she makes for good memes and GIFs, even though doing this might help her recover from a traumatic situation.

I think I am easily meme-able because I can be very animated, especially when I am upset! There is quite a bit of Housewives content of me screaming, crying, eye rolling and laughing to choose from. I guess I created the Taylor gallery for memers to use and create.

On Tumblr, a user shared a picture of a white cat sitting in a chair in front of a plate of vegetables. This image served as the inspiration for the other half of the meme with the irate white cat. "He no like vegetals," read the caption back then. And her name is Smudge.

I Accidentally Became a Meme: Woman Yelling at a Cat

Who Is The Famous Meme Cat?

Smudge is the famous meme cat.

Who Is The Woman Yelling At The White Cat?

Taylor Armstrong is the woman yelling at the white cat.

Who Is The Cat In The Woman Yelling At Cat Meme?

Smudge is the cat in the woman yelling at cat meme.

The woman Yelling At A Cat meme refers to a meme style with a screen capture of Taylor Armstrong and Kyle Richards from The Real Housewives of Beverly Hills and a photo of a cat sitting behind a dinner plate and appearing perplexed. Midway through June 2019, the format experienced tremendous growth in online popularity, and Smudge the Cat was revealed to be the cat.