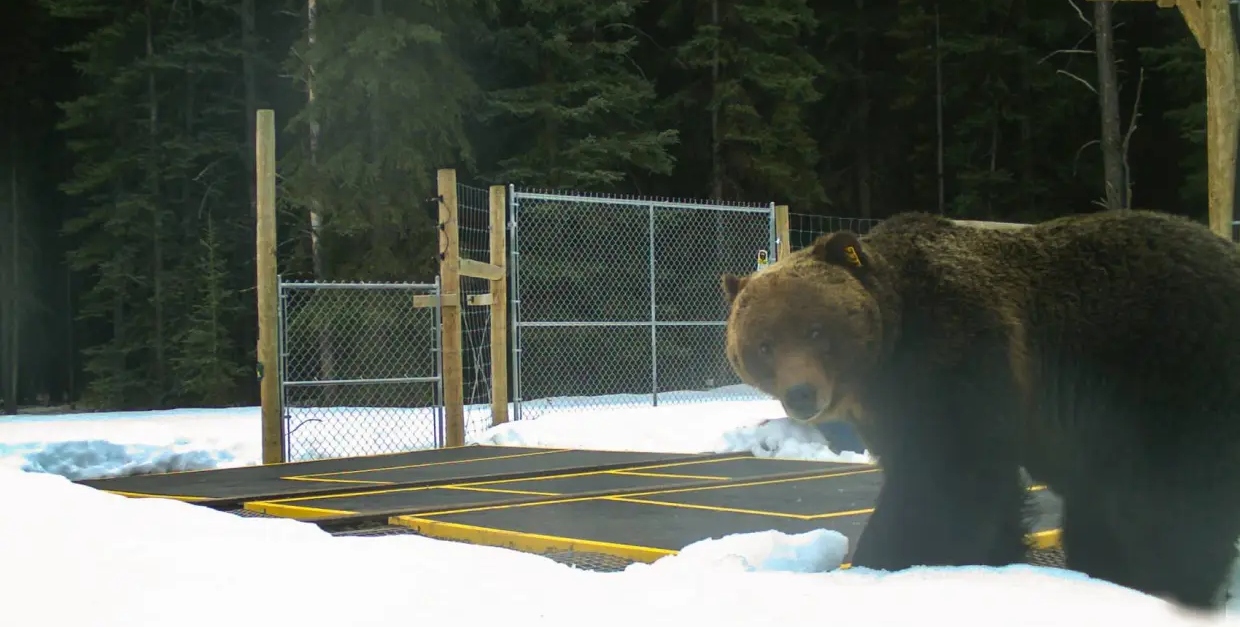 A huge 600-pound male grizzly bear in a Canadian national park is known as "The Boss" because of his size and reputation. The world's strongest bear 'The Boss' survived being hit by train and fathered 3/4th of the cubs in his region.

It is generally accepted that the enormous grizzly bear, which is supposed to be around 20 years old, is the biggest and fiercest bear in all of Banff National Park.

The Boss, who "doesn't pose for long" but is regarded as "one of the last bears in the area" to sleep in the park, has been photographed by Jason Leo Bantle.

The Boss, known to be in his mid-twenties, has somehow achieved longevity when many grizzly bears, a species known to be sensitive to human presence, tend to succumb in densely human areas. As a result, he is possibly the largest bear in Banff National Park, with an estimated weight of 600 pounds. His name is well-earned: he has been known to kill other male bears that pose a threat to his dominance.

A group of hikers discovered The Boss eating an animal carcass back in 2013, which led to the closure of the trail for everyone's safety.

Officials discovered the remains of a tiny black bear that had been eaten by the much larger bear when it was later reopened after the bear had wandered away. It was fully consumed, according to Steve Michel, a human-wildlife conflict specialist with Banff National Park.

There was nothing remaining other than a skull, a hide, the four paws and some bones.

The small bear probably wasn't able to put up much of a struggle against The Boss because of their disparity in size, Michel continued.

He added: "There were indications the black bear was foraging on the trail at the time. It looks like that black bear just happened to find himself in the wrong place at the wrong time when a very large grizzly bear came by."

Grizzly Bear Showdown in Banff Canada! The Boss vs Split-Lip, ends in 3 km chase down highway!

He's the boss of this area, according to Dan Rafla, a Parks Canada expert on human-wildlife interaction.

"He’s the most dominant male grizzly in the Bow Valley…and there’s nothing else in the food chain that could push him off."

How Did The Boss Bear Earn His Name?

His enormous size, his longevity, and his outstanding record of procreation have earned the grizzly bear the name "The Boss".

What Is The Boss Bear Known For?

The world's strongest bear 'the boss' survived being hit by a train and fathered 70% of cubs in his region is what "The Boss" is famous for.

Where Does "The Boss" Bear Live?

The world's strongest bear 'the boss' survived being hit by train and fathered 3/4th of the cubs in his region. The Boss, formally known as the somewhat less remarkable Bear 122, is also known to murder and cannibalize smaller bears, and as you might expect, he comes with a strong warning for people to stay away.