Wrestlers Who Lost Their Lives In The Ring 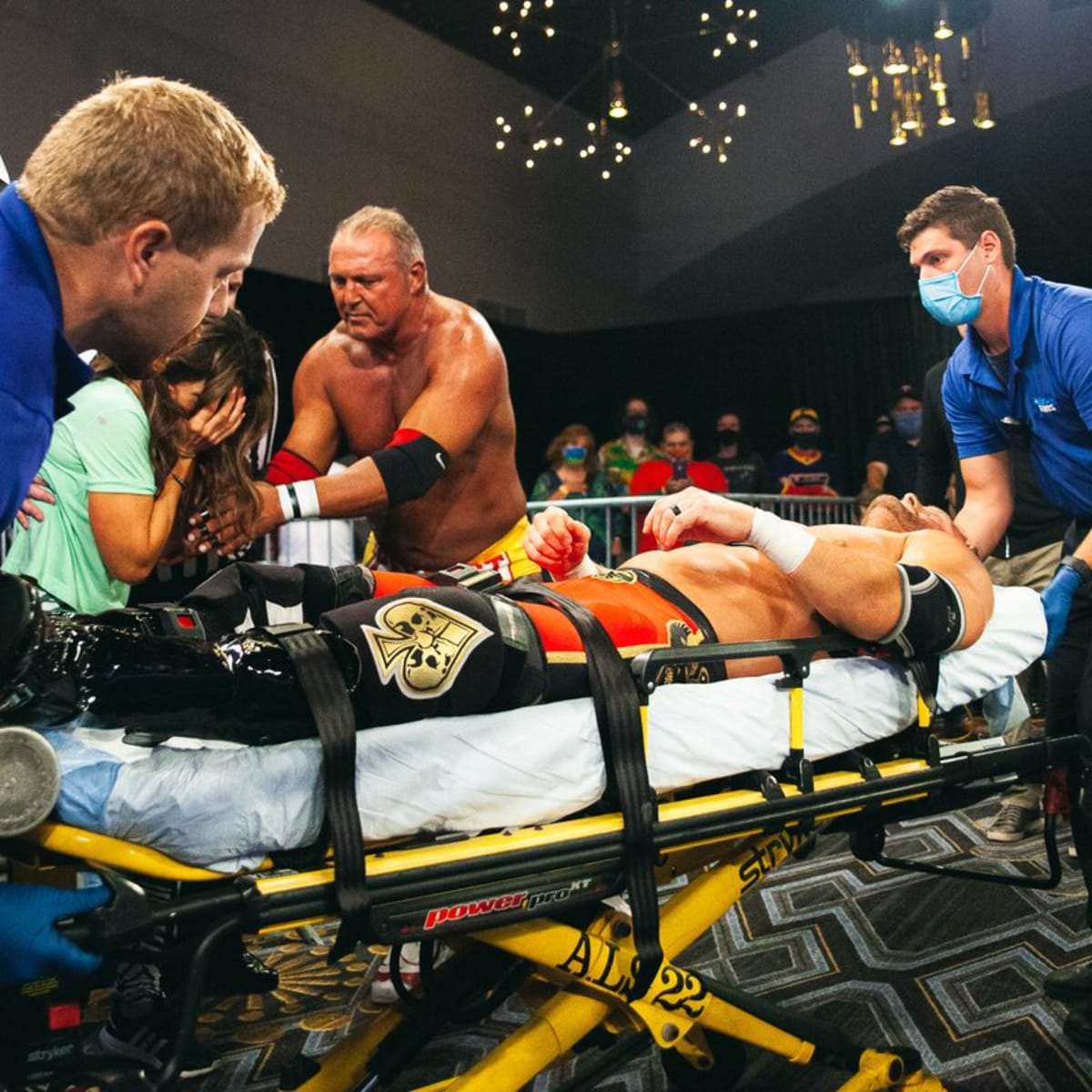 Which of all the sports invented by humans do you think is the most dangerous? One thing is for sure, professional wrestling sport is one of them.

In this article, you will be able to learn about the five wrestlers who lost their lives in the ring, and the author will provide you with background information on who these wrestlers were as well as what happened while they were in the ring.

Wrestling is a sport or competition in which two people fight each other without weapons, trying to take them down or throw them off balance.

Professional wrestling is a risky job, and it's not unusual for wrestlers to die too soon. Some of them lose before they even leave the ring.

Wrestlers often get hurt, and some moves force them to put their lives in the hands of their opponent. All of this means that a lot of bad things can happen during a game.

The following are the experiences of those wrestlers who gave their everything in the ring including their lives.

There have been cases of wrestlers dying from injuries they got in the ring. The death of Brian Ong in 2001 is a great example. The famous wrestler died while he was fighting The Great Khali.

After being hit by The Great Khali's flapjack maneuver, Brian Ong, unfortunately, passed away.

Reports claim that Brian Ong had previously had a concussion which is a type of brain injury caused by a bump, blow, or jolt to the head while participating in the event.

In order to prevent further injuries, the trainers gave him a less favorable evaluation and instructed him to continue with the match.

On the other hand, the All-Pro Wrestling crew did not provide Brian Ong with the required amount of protective gear or supervision.

After receiving a flapjack from The Great Khali, Brian Ong experienced a second concussion, which ultimately led to his death.

Aguayo started wrestling professionally when he was 15 years old. He started out in Asistencia Asesora y Administración, where he faced veteran wrestlers who could bring out the best in him.

El Hijo del Perro Aguayo, the son of a legendary Mexican wrestler and one of the country's most well-known luchadores, passed away from wounds sustained in the ring during a tag-team fight in Tijuana.

Oscar Gutierrez, who used to be known as Rey Mysterio Jr. in WWE, dropped Aguayo with a flying kick.

He fell unconscious into the ropes and stayed there for almost two minutes as the match went on.

Finally, the referee and the other players saw that he was badly hurt. Aguayo, who was 35 years old, was taken to a hospital nearby, where he was declared dead at 1:30 a.m.

Most of his success came from wrestling in the WWF, where he went by both his own name and the name "The Blue Blazer."

He was one of the WWF's top in-ring performers and headlined numerous pay-per-view events.

However, Owen Heart is also remembered for one of the most dramatic in-ring fatalities in professional wrestling history.

On May 23, when he was going to be on the "Over the Edge" pay-per-view show, the WWF decided to give him a good entrance.

The organization would make him fly because he was a superhero.

They set up a sophisticated structure of wires that would lower the Blue Blazer from the rafters down to the ring, making a truly amazing effect.

When Hart was 78 feet above the ring, a problem with the system sent the helpless wrestler hurtling down.

He hit the top rope on the way down and then bounced into the ring.

Even though the event was never shown on TV, the 16,000 people at the Kemper Arena saw the medical staff try in vain to save Hart, who had died from internal bleeding.

At first, some of the people in the crowd thought it was all a trick.

Soon after, the ring announcer told the crowd that what had just happened was totally unplanned.

Jim Ross, a commentator for WWF, told the world that Hart had died before the event was over.

Daniel Michael Quirk got his start in 2002, when John Brooks and former WWF enhancement talent Bert Centano taught him how to do his job.

He called himself "Spider" because he liked to take risks and fly high.

In Taunton, Massachusetts, on May 28, 2005, Quirk was wrestling the Hi-Lite Kid for UCW when he was thrown out of the ring.

Hi-Lite Kid tried to do a plancha on Quirk from the top rope, but his foot got caught on the rope.

Dan Quirk was ready to defend himself by catching his opponent on the outside to escape catastrophic injury.

Unfortunately, Hi-Lite Kid's weight was too much for Quirk to bear, and he was hurled to the exposed concrete floor, smashing his head.

When Quirk's blood was discovered on the floor, the match was immediately called off. Medical staff attempted to resuscitate Quirk, but he died at the spot.

Eric Denis, an ICW Fighting Federation wrestler, died while competing in a wrestling match in Montreal.

The event, which helped raise money for the ICW Crohn's disease Foundation, took place in the basement of the Church of the Most Holy Redeemer.

In his last match, he didn't mess up any big moves or spots. Instead, his heart just stopped beating all of a sudden.

Even though there was medical staff at the scene, they were unable to save Denis after he had a heart attack. When he got to the hospital, he was pronounced dead.

The event that Denis was taking part in that day is what makes this situation even worse.

Wrestlers Who Died From Steroids

Many WWE superstars have used this drug. Now, the WWE has strict guidelines regarding its Wellness Policy.

Eddie Guerrero was also a WWE Superstar who used steroids when it wasn't against the rules to do so. But this turned out to be the biggest mistake he ever made, and it was also one of the main reasons he died. In 2005, he died in his hotel room after having a heart attack.

Wrestlers Who Died In The Last 10 Years

Who Died During Wrestling Match?

Apart from the featured 5 wrestlers who lost their lives in the ring, here are the other wrestlers who unfortunately died while competing.

Has Anyone Been Killed In WWE?

Chris Benoit had brain damage and had been taking steroids and painkillers. He finally lost it, and he killed his wife and his son, and then himself. The event with the most negative reputation in WWE history.

What Is Under The Wrestling Ring?

Hard foam mats, like the ones people use in karate studios, cover the area outside the ring. Most of the time, they are 3/4" thick and protect the wrestler from the concrete below. The barricades are covered with the same foam coating.

People often say that wrestling is one of the most entertaining sports to watch.

As this article shows, there have been times when wrestlers have died because of injuries they got while competing.

You can also search the internet to find out about a lot of other wrestlers who lost their lives in the ring.